For decades, the scope of the federal government’s regulatory authority under the Clean Water Act has been a flashpoint for debate. In 2015, the Obama administration promulgated the “Clean Water Rule,” the most recent of several attempts to define the act’s geographic scope. By defining the key statutory term “waters of the United States,” the rule determines, among other issues, which water bodies are subject to the act’s discharge limitations and permitting requirements. Over 100 parties flooded the courts with challenges to the rule, leading to a nationwide stay. In next Wednesday’s argument in National Association of Manufacturers v. Department of Defense, the Supreme Court will consider a preliminary question: Should the lawsuits challenging the rule have been filed in federal district courts, or courts of appeals? Although the Trump administration has announced its intent to withdraw the Clean Water Rule, the justices declined to stay the litigation, and the forum question remains live – with important practical and strategic implications, both in this litigation and beyond. 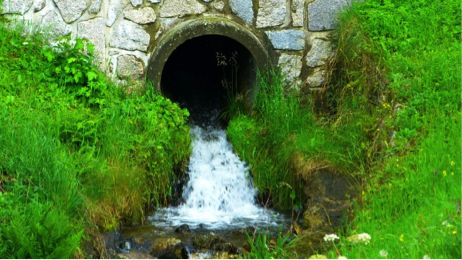 The case turns on a provision of the act, 33 U.S.C § 1369(b)(1), which lists seven types of actions by the Environmental Protection Agency that are reviewable directly (and exclusively) in the courts of appeals. As relevant here, the list includes actions “(E) in approving or promulgating any effluent limitation or other limitation under section 1311, 1312, 1316, or 1345 of this title;” and “(F) in issuing or denying any permit under section 1342 of this title.” Does review of the Clean Water Rule fall within either Subsections (E) or (F)? The U.S. Court of Appeals for the 6th Circuit said yes (to Subsection (F)) in a divided opinion, deepening confusion in the lower courts regarding the scope of Section 1369(b)(1).

There is a sense in which any answer to the question will improve the status quo for all parties. At present, the uncertainty about which forum is proper all but requires parties to file protectively in both district and appellate courts; as the petitioner National Association of Manufacturers put it, this yields “duplicative litigation, conflicting decisions on jurisdiction, significant delay, and tremendous waste of judicial  and  party  resources.” Of course, there are additional stakes on each side. District-court litigation affords certain benefits to those who wish to challenge EPA actions. When Section 1369’s direct appellate review applies, challenges must occur within 120 days of the relevant action, and litigants may not later challenge the EPA decision at issue if they could have obtained review within that 120-day period. Filing suit in district court also can give parties more control over their forum, because multiple appellate challenges to agency decisions are automatically consolidated, “by means of random selection,” in one of the courts where suit was filed. On the other hand, direct appellate review tends to foster certainty and predictability, avoids duplicative or overlapping litigation, and may limit the time and cost of litigating.

Notably, how parties weigh these variables does not hinge on their view of the merits of any given EPA action. Indeed, the case divides parties who generally agree on the Clean Water Rule’s merits and unites some who do not. The parties on NAM’s side of the case include agricultural companies and trade associations, electric utilities, states and environmental groups – all frequent challengers of EPA decisions. They argue that the cases must originate in district court. (These parties collectively filed four separate briefs; at oral argument, they will divide time between NAM’s counsel of record, Timothy Bishop, and Ohio Solicitor General Eric Murphy.) On the other side, defending the propriety of the appellate forum, are the federal government and several more environmental groups, including the Natural Resources Defense Council and the National Wildlife Federation. Rachel Kovner from the U.S. solicitor general’s office will argue for the respondents.

NAM – echoed by the separate briefs of its allies in the case – primarily argues that the act’s plain language bars appellate jurisdiction over the rule. The rule is not an action “in issuing or denying any permit” (for purposes of Subsection (F)), nor is it an “other limitation” promulgated under Section 1311 (for purposes of Subsection (E)). Rather, NAM emphasizes, the rule is a definition. On its own, it “limits no action.” That, in NAM’s view, should end the argument. The state of Ohio’s brief emphasizes this textual tack, framing the case as one in which the federal government seeks to revive an outdated “purpose-over-text approach to statutory interpretation.” The brief for Agrowstar LLC and other groups similarly stresses that the federal agencies’ approach requires rewriting the statute. The brief for Waterkeeper Alliance and other environmental groups adds that the Clean Water Rule was actually promulgated jointly by the EPA and the Army Corps of Engineers, and thus is not strictly an action by “the [EPA] Administrator,” as Section 1369(b)(1) specifies.

Other factors, NAM argues, only confirm its point. Reading Section 1369 to encompass a nationwide rulemaking like the Clean Water Rule would mean there is no “logical stopping point” for the provision’s scope; yet Congress, by enumerating only seven types of EPA actions that qualify for direct appellate review, clearly did not intend to encompass all actions related to the Clean Water Act (though NAM grants that the “list can be criticized as odd or arbitrary”). Moreover, Congress knows how to provide for broad appellate jurisdiction when it wants to (and has done so in the Clean Air Act) – and Section 1369’s legislative history reflects failed efforts to extend the provision’s scope. NAM argues that policy considerations, too, point in its direction: The Supreme Court has recognized that jurisdictional rules should be clear. Confining Section 1369 to its plain text would advance that goal. Moreover, because Section 1369 precludes certain later suits, construing its scope broadly raises “due process concerns,” a point that the brief for Utility Water Act Group develops further.

The federal agencies respond with textualist rejoinders, as well as arguments from precedent and purpose. Regarding the text, the agencies argue that the Clean Water Rule constitutes an “other limitation” promulgated “under Section 1311” for purposes of Subsection (E). After all, the agencies point out, the effect of the rule is to prohibit discharges of pollutants to covered waters; that is precisely why NAM and others object to it. Indeed, fellow-respondent NRDC urges that NAM’s assertion that the rule imposes no limits contradicts NAM’s own lower-court filings and jeopardizes the case’s justiciability. But that difficulty is readily resolved, the respondents argue, by the plain fact that the rule is an “other limitation.” As for Subsection (F), the agencies argue, the Supreme Court’s precedents construe it to encompass actions that are “functionally similar” to permit decisions, and here the rule’s function is to govern whether permits are required for a given water body. Any other reading would lead to what the Supreme Court – in Crown Simpson Pulp Co v. Costle and E.I. du Pont de Nemours & Co. v. Train, respectively – previously called a “seemingly irrational bifurcated system” and a “truly perverse” result: a scheme where individual permit decisions get direct appellate review, but the underlying rule gets review in district courts around the nation. Adhering to precedent not only upholds the values of stare decisis, the government claims, but also serves Congress’ goal of having “quick and orderly resolution” of important administrative rules.

It seems reasonably likely that the textualist appeal of the challengers’ arguments will prevail in the Supreme Court. If the justices agree that the agencies are seeking to defy the act’s text, that would seem to put the matter easily to rest. But of course, the agencies and NRDC argue that their interpretation is textually faithful, that the text is not as plain as it seems, and that precedent is on their side. Ultimately, whatever the answer, the court’s decision is poised to – as NAM’s certiorari petition put it – “bring to an end the current jurisdictional morass.’