Argument preview: The court returns to the jurisdictionality of appellate time limits 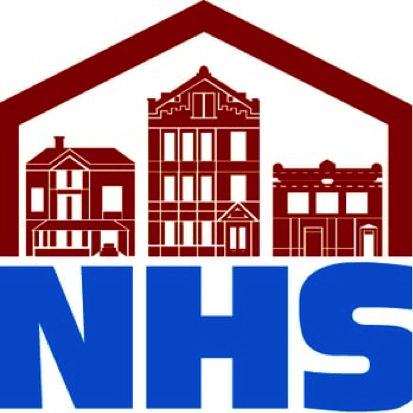 October 10 will be Hamer Time at the Supreme Court. In Hamer v. Neighborhood Housing Services of Chicago, the justices will consider whether a rule limiting court-granted extensions of time to file a notice of appeal to 30 days beyond the original appeal date creates a limit on the jurisdiction of the court of appeals or is a nonjurisdictional claim-processing rule that was waived, forfeited or subject to equitable exception.

In 2012, Charmaine Hamer was terminated from her position as intake specialist for the Neighborhood Housing Services of Chicago and Fannie Mae’s Mortgage Help Center. She filed a pro se action in federal district court, alleging violations of the Age Discrimination in Employment Act and Title VII of the Civil Rights Act of 1964; the district court appointed counsel to represent her. The district court granted summary judgment for the defendants on September 14, 2015. Under 28 U.S.C. § 2107(a) and Federal Rule of Appellate Procedure 4(a)(1)(A), Hamer had 30 days, until October 14, to appeal the decision to the U.S. Court of Appeals for the 7th Circuit.

On October 8, six days before the deadline, Hamer’s counsel withdrew, requesting that the district court extend the time for filing the notice of appeal to give Hamer an opportunity to obtain appellate counsel and determine an appropriate appellate strategy. On October 9, the court entered an order granting the requested extension, giving Hamer until December 14 to file the notice of appeal. Hamer, proceeding pro se, filed the notice on December 11.

The case revolves around two provisions – one a statute, one a rule of appellate procedure. 28 U.S.C. § 2107(a) provides that a notice of appeal must be filed with the court of appeals within 30 days after the entry of the judgment, order or decree; that time period constitutes a limit on the jurisdiction of the court of appeals. Section 2107(c) provides that the district court may “extend the time for appeal upon a showing of excusable neglect or good cause,” provided the motion for extension is filed not later than 30 days after expiration of the time for bringing the appeal. The district court also may reopen the time for appeal for 14 days, after making certain findings not applicable in this case.

Hamer’s appeal was timely under Section 2107(c) and Rule 4(a)(5)(A), in that the district court granted the extension on a motion filed not more than 30 days after expiration of the original time for appeal. And Hamer filed the notice of appeal before the court-ordered deadline of December 14. But the district court’s order violated Rule 4(a)(5)(C), by giving Hamer more than 30 days from the original deadline to file her appeal. And Hamer’s notice of appeal, although consistent with the court order, was untimely under that rule. The 7th Circuit sua sponte raised the issue of the timeliness of the appeal and its jurisdiction. After merits briefing and oral argument, the court dismissed the appeal for lack of jurisdiction.

First question. Hamer argues that the 30-day limit on extensions is nonjurisdictional because it appears only in Rule 4(a)(5)(C), a court-promulgated rule, not in Section 2107(c), a congressionally enacted statute. Deadlines appearing only in court rules without statutory support do not impose jurisdictional limits. Section 2107(c) does not limit the length of an extension of time – under the statute, the court can extend the time to appeal for any period, so long as the motion was filed no later than 30 days before expiration of the original appeal deadline and the appealing party showed excusable neglect or good cause. The limit on extensions comes from Rule 4, not the statute.

And the absence of a limit in the statute is intentional. Section 2107(c) provides a second exception to Section 2107(a)’s 30-day appeals period, allowing the court to reopen the time to appeal when a party did not receive notice of entry of a judgment or order, but expressly limiting the time to 14 days. Although not applicable to this case, the second exception suggests that Congress knew how to set a maximum extension period, so its failure to include such a limit in the basic exception of Section 2107(c) shows an intent not to do so. In fact, Section 2107(c) previously contained the same 30-day limit as appears in Rule 4(a)(5)(C), but Congress eliminated it in 1991, removing the statutory basis for that limit, along with the argument for it being jurisdictional. The absence of a statutory basis for this time limit distinguishes this case from Bowles v. Russell, in which the nonwaivable jurisdictional time limit (for reopening the time for appeal) appeared in both Rule 4 and Section 2017(c).

Second question. Hamer points to Supreme Court precedent holding that nonjurisdictional claim-processing procedural rules are not mandatory and are subject to waiver, forfeiture and equitable exception.

Third question. Hamer identifies several ways in which the NHSC waived or forfeited its objection to the timeliness of the appeal. It did not object to the district court order granting the impermissible 60-day extension; it did not notice its own appeal of the order; it did not cross-appeal Hamer’s appeal of the summary judgment; and it filed a joint corrected docketing statement in the 7th Circuit, twice stating that Hamer timely filed her notice of appeal. Hamer also argues for the equitable “unique circumstances” doctrine to excuse her noncompliance with Rule 4(a)(5)(C), because she relied on and obeyed a noncompliant court order. Equitable exceptions to time limits are consistent with the Supreme Court’s treatment of nonjurisdictional time limits, its treatment of other federal rules that allow for equitable exceptions, and Section 2107(c).

First question. The NHSC argues that Rule 4(a)(5)(C) is jurisdictional in both its nature and its basis. It delineates cases within the court’s authority, by defining when one court’s power begins and the other court’s ends. A notice of appeal confers jurisdiction on the court of appeals and divests jurisdiction from the district court. Any rule that affects timeliness, including Rule 4(a)(5)(C), therefore affects jurisdiction. The rule also has a statutory basis in Section 2107(c). The 30-day limit appeared in Section 2107(c) in 1948, and it remained there in 1967, when the Rules of Appellate Procedure were adopted and the limit was reiterated in Rule 4. That statutory time limit was removed in 1991 as part of a technical amendment to bring Section 2107 into conformity with rules of appellate procedure, an amendment that added the more detailed 14-day reopening period. The Supreme Court should not interpret a technical change as a choice to strip the statute of its jurisdictional status, especially because the 30-day limit had been in the statute for decades.

Second question. Even if nonjurisdictional, the NHSC argues, the 30-day limit remains mandatory and unalterable. Firm deadlines, even when nonjurisdictional, promote finality and certainty for the parties as to the next steps in litigation, while allowing untimely appeals undermines those objectives. Moreover, Rule 4(a)(5)(C) already accounts for equitable considerations, because the district court cannot grant an extension unless the appealing party shows excusable neglect or good cause. It would be inconsistent with the text to allow the court to grant an extension, limited to 30 days beyond the original deadline, only when equity requires, and then to exceed the 30-day limit, also when equity requires.

Third question. The NHSC argues that none of its conduct in the district court or the court of appeals waived or forfeited its objections to the timeliness of the appeal. The motion for an extension of time was not subject to briefing in the district court, so the NHSC never had an opportunity to object to the 60-day extension. It did not know on October 9 (the date of the order granting the extension) whether Hamer would use the additional time to appeal, so there was nothing for it to appeal. And this was not an issue requiring a cross-appeal, because the NHSC did not challenge the decree that resolved the case or seek to enlarge its own rights; it only sought to dismiss an untimely appeal. The NHSC also maintains that the equitable “unique circumstances” doctrine did not survive Bowles, which held that a party’s reliance on an erroneous district-court time limit did not overcome the plain language of the rule. Moreover, the district court granted the 60-day extension in this case because the plaintiff’s withdrawing trial counsel asked for 60 days; a party cannot claim equitable reliance on an erroneous district court order that was entered at the party’s request and reflected what the party asked for.

Professor Scott Dodson of UC Hastings College of the Law filed an amicus brief that urges a departure from long-standing doctrine, but provides a more coherent approach to jurisdictional questions. Dodson argues that Rule 4(a)(5)(C) is jurisdictional because it defines the boundary between two adjudicative forums, the district court and the court of appeals, and determines where a case belongs and where it does not belong. But defining the rule as jurisdictional does not resolve the dispute. The effects of a jurisdictional rule – whether it is subject to waiver, forfeiture or equitable exception – derive not from the definition of the rule as jurisdictional, but from whatever effects the rulemaker (Congress) or rule interpreter (the courts) want it to have. Deciding whether Rule 4(a)(5)(C) is jurisdictional, the point on which the Supreme Court granted review, is beside the point; what matters is whether Congress or the court wants the rule, however characterized, to be waivable or subject to judge-made exceptions.