Until recently, 53-year-old Divna Maslenjak lived in Akron, Ohio, with her husband, Ratko. Ethnic Serbs who were raised in what is now Bosnia, the couple came to the United States with their children as refugees, fleeing ethnic strife in the former Yugoslavia. Divna became a U.S. citizen seven years later, but in October of last year she was stripped of her U.S. citizenship and deported (along with Ratko) to Serbia, because of false statements that she had made during the naturalization process. Divna concedes that she lied to U.S. immigration officials, but she argues that she should still be able to remain a U.S. citizen because the false statements were not material – that is, they would not have been important to the officials deciding whether to grant her citizenship application. On April 26, the Supreme Court will hear oral argument in Divna’s case, to decide whether her interpretation of U.S. immigration law is correct. 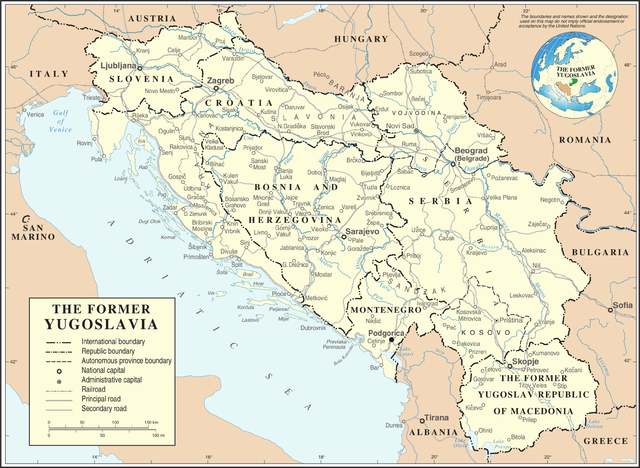 The Maslenjaks’ saga began in April 1998, when Divna met with U.S. immigration officials in Serbia, where she told them that she and her family would be in danger if they returned to their Bosnian village. She also told officials that she and her children had at one point returned to a Serb-controlled part of Bosnia, but without her husband, who feared that he would be forced to serve in the Bosnian Serb army. That part turned out not to be true: In fact, the entire family had all been together in Bosnia, where Ratko did serve in the Bosnian Serb military. The Maslenjaks were given refugee status in 1999 and came to the United States in 2000.

A few years later, U.S. immigration officials initiated proceedings to remove Ratko from the United States, based on his conviction for failing to report that he had served in the Bosnian Serb military during the war. The federal government points out that, during Ratko’s service, the Bosnian Serb army was involved in the “genocide of 8000 Bosnian Muslim civilians in and around the town of Srebrenica.” “Although the records did not directly implicate Ratko in war crimes,” the government adds, they nonetheless “contained significant evidence of his involvement.”

Shortly after Ratko’s arrest, Divna began the process of seeking U.S. citizenship. During the naturalization process, she indicated that she had neither provided “false or misleading information to any U.S. government official while applying for any government benefit” nor “lied to any U.S. government official to gain entry or admission into the United States.” She became a citizen in 2007, but six years later she was indicted on charges that she had violated 18 U.S.C. § 1425(a), which authorizes both a fine and a prison sentence of 10 to 25 years for anyone who “knowingly procures or attempts to procure, contrary to any law, the naturalization of any person.” The federal government contended that Divna had made “material false statements” because she knew when she applied for citizenship that she had lied to immigration officials when she applied to come to the U.S. as a refugee.

At Divna’s trial, she maintained that any lies she may have told about her husband’s military service were irrelevant, because the government granted her refugee status based on her fear that she would be persecuted by Bosnian Muslims. The government countered that she had been awarded refugee status precisely because of her statements about her husband’s fears of military service. But that didn’t matter, the government continued, because Divna’s false statement didn’t need to be material. The trial judge agreed and instructed the jury that, even if “a false statement did not influence the decision to approve the defendant’s naturalization, the government need only prove that one of the defendant’s statements was false.”

The jury convicted Divna of violating Section 1425(a), which automatically strips her of citizenship. On appeal, the U.S. Court of Appeals for the 6th Circuit affirmed her conviction, holding that proof of a material false statement is not required. In January, the justices agreed to weigh in.

In its brief in the Supreme Court, the federal government once again argues that Divna’s false statements do not have to be material; all that matters is that they are lies. If Congress had wanted a materiality requirement to apply to Section 1425(a), the government suggests, it would have said so specifically – as it has done in other statutes, either by using the word “material” or by using other terms, such as “perjury,” that are “understood to include a materiality requirement.” But it didn’t do so here, the government continues, which “provides compelling evidence that the statute does not require such proof.”

Reading a “materiality” requirement into the law would also make it difficult to apply the law consistently, the government adds, because Section 1425(a) is an “umbrella” statute that applies to anyone whose naturalization is obtained through methods that are “’contrary to’ other laws.” The statute applies to a wide range of underlying offenses, some of which – such as making a false statement under oath with regard to a material fact – already require materiality, while others – such as bribing an immigration official – do not or cannot.

Divna sees this reasoning as a point in her favor. She counters that the absence of the word “material” from Section 1425(a) is “particularly unilluminating,” precisely because it would not have made sense for Congress to include it when the statute “applies to any actions ‘contrary to law’ that procure naturalization, not just false statements that do so.”

Her interpretation of Section 1425(a) to include a materiality requirement is also more consistent, she argues, with the civil statute that authorizes the government to revoke citizenship that was obtained through the “concealment of a material fact or a willful misrepresentation.” It would be “anomalous,” she maintains, for Congress to “authorize denaturalization in a criminal proceeding but not a civil proceeding based on the very same statement.”

But the government dismisses any alleged inconsistencies in the two statutes. First, it tells the justices, another part of the same civil statute allows citizenship to be revoked if it was “illegally procured” – a term that does not require materiality. Second, it observes, the civil and criminal denaturalization statutes are not coextensive. Under the criminal statute, a defendant can face not only the prospect of losing his citizenship, but also the possibility of fines and jail time. At the same time, though, the criminal denaturalization statute also requires the government to meet a higher standard than is imposed under the civil statute: It must bring the charges within 10 years of the false statement, prove its case to the jury “beyond a reasonable doubt,” and provide the defendant with due process.

For her part, Divna tells the justices that Section 1425(a) requires a causal connection between the false statements and efforts to obtain American citizenship. “It would be odd indeed,” she reasons, “to say that a person procures (or attempts to procure) something contrary to law if the violation, in fact, has no effect on the proceeding.” For false statements, she says, this means that the government must show that the statement was material, because a statement that is not material “cannot ‘procure’ an official decision.” This interpretation is most consistent with common sense, she suggests, because there is no reason “Congress would want to punish (with criminal fines and imprisonment of up to five years) conduct that has no tendency to influence official decisionmaking.” If anything, she continues, “the natural assumption would be just the opposite: that Congress meant to reserve such heavy punishment for statements of consequence.”

The federal government retorts that Section 1425(a) does not require any kind of causal link. Instead, the government maintains, the text of the statute is “most naturally read to mean precisely what it says: A person who knowingly procures naturalization in an unlawful manner (e.g., by violating the laws Congress has enacted governing the eligibility and conduct of those seeking to become U.S. citizens) has violated the statute.” In the government’s view, the text of the statute cannot be reconciled with Divna’s reading, which would require qualifying offenses involving false statements to be material but not other kinds of qualifying offenses. Divna, the government contends, cannot explain how her interpretation could be correct if the phrase “procures ‘contrary to law’”—which applies to all violations of Section 1425(a)—itself requires proof of materiality.”

Even if federal laws do require false statements to be material, the government concludes, Divna’s conviction should still stand because her lies to immigration officials meet that high bar. If U.S. government officials had known that Ratko was in fact “a commanding officer in a military unit that committed acts of persecution culminating in genocide,” and that Divna had “perpetuated those lies in her naturalization proceedings,” it would have affected their decisions, the government says, on both her application to come to the United States as a refugee and her citizenship application – particularly because anyone who had participated in such persecution could not qualify as a refugee.

The stakes in this case are high, not just for Divna Maslenjak but also for the millions of people who became naturalized U.S. citizens in recent years. Most of those naturalized citizens, of course, did not make false statements during the process of securing citizenship. But a ruling in the government’s favor could potentially expose many new citizens to the possibility of losing their right to live in the United States, even if their false statements did not necessarily influence the government’s decision to give them citizenship.