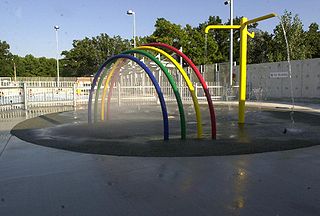 Between 2011 and 2013, Tara Menon worked for a company called Water Splash, which builds “splash pads” – recreational areas with spray jets and sprinklers that are popular with city parks because they give kids a place to cool off without the hazards or staffing requirements of swimming pools. During that time, Menon allegedly began stealing and using Water Splash designs and materials on behalf of a competitor. As a result, Water Splash sued Menon in Texas state court, serving her at her residence in Quebec by certified mail, return receipt requested; first class mail; Federal Express; and e-mail. Menon never responded to any of these attempts, and Water Splash won a default judgment. However, the case did not end there. Menon moved for a new trial, asserting that she had never been properly served under the Hague Service Convention, which applies when legal documents are served across national borders. In a 2-1 decision, a Texas appellate court agreed, joining a minority of jurisdictions that hold that the service convention does not permit service by mail. The Supreme Court granted certiorari to decide that issue.

The Hague Service Convention (known more formally as the Convention on the Service Abroad of Judicial and Extrajudicial Documents in Civil or Commercial Matters) is a treaty that sets out a protocol for cross-border service of legal documents. That protocol generally calls upon each of 71 signatory nations, including the United States and Canada, to establish a “Central Authority” to serve documents and provide proof of service. However, Convention Article 10 states as follows:

Provided the State of destination does not object, the present Convention shall not interfere with:

The key question in this case, then, is whether the right to “send” a legal document through the mail encompasses the right to “effect service” of a legal document. Most courts of appeals that have addressed the issue have answered “yes,” but the Texas 14th Court of Appeals joined the U.S. Courts of Appeals for the 5th and 8th Circuits, as well as a handful of state courts, in answering “no.”

Menon’s main argument, like that of the 14th Court of Appeals, is that Article 10 of the convention presents a straightforward case of textual interpretation: It uses different words – “send” and “effect service” – and different words used within the same provision are presumed to have different meanings. Accordingly, Menon argues that, while Articles 10(b) and 10(c) concern service of process, Article 10(a) relates to mailing legal documents for other purposes, such as discovery. She buttresses this argument by suggesting that it would be absurd for the convention to require the creation of central authorities, only to allow litigants to ignore them and serve documents through the mail.

Water Splash, supported by the U.S. solicitor general, seeks to complicate this account by pointing to other aspects of the convention, as well as the history of its negotiation, drafting and implementation. First, Water Splash argues that the sole purpose of the convention was – as its preamble states – “to create appropriate means to ensure that judicial and extrajudicial documents to be served abroad” will find their intended recipients. Thus, it would be anomalous for 10(a) to address the possibility of mailing documents for other purposes. Second, the drafting history of the convention, as previously described by the Supreme Court in 1988, in Volkswagenwerk Aktiengesellschaft v. Schlunk, suggests that Hague Conference delegates specifically revised the document in order to eliminate a suggestion, present in an early draft, “that the Convention could apply to transmissions abroad that do not culminate in service.” Third, Water Splash argues that the use of the word “send” in 10(a) rather than “service” is insignificant in light of the complicated process of updating previous treaties and translating them from French to English that led up to the service convention. And fourth, Water Splash invokes the views of conference participants, U.S. State Department officials and foreign courts, which have all taken the position that the convention permits service by mail.

The federal government makes similar arguments to those made by Water Splash, adding that Menon’s reading would turn Article 10(a) “into a bizarre and solitary interloper – the only portion of the Convention that would be about something other than service of documents.” It emphasizes that the executive branch has consistently interpreted the service convention to permit service by mail (provided the receiving country has not exercised its right to object), and that other countries share that view. Additionally, it suggests that policy reasons favor permitting service by mail under the convention, both because it would be inappropriate to second-guess the reliability of the mail in other countries, and because mailing documents can be relatively inexpensive and efficient, compared to other ways of effecting service under the convention.

But Menon argues that none of these points should matter in the face of the convention’s clear language, which she argues is likely what the U.S. Senate had in mind when voting to ratify. She puts two aspects of this argument in constitutional terms. First, she maintains that the “[u]se of customary international law as an aid to treaty interpretation has been abolished by the constitutional analysis contained in the Erie doctrine,” which she argues requires that “any law applied by federal or state courts must be federal or state law adopted under the constitutions of those governments.” Second, she argues that the court should not defer to the executive branch’s views on the meaning of 10(a), because “the power to interpret the words of a statute or treaty is assigned exclusively to the judiciary.” Perhaps because Menon’s textual argument is relatively straightforward, much of her brief is devoted to reasoning from first principles – Footnote 10 refers the reader to a work by Bertrand Russell “[f]or a description of Platonic Forms theory” – in support of these two arguments. Further, in making her separation-of-powers point, Menon nods to the justices’ potential new colleague, citing Judge Neil Gorsuch’s controversial concurrence in Gutierrez-Brizuela v. Lynch to support her argument that deference to the views of the executive branch is inappropriate: “If [Gorsuch’s] criticism were to someday topple the Chevron deference doctrine, there would remain no constitutionally valid basis for the judiciary’s deferring to the executive’s views on matters of legal interpretation.”

The fight over whether or when it is appropriate to look to extra-textual sources in order to discern a text’s meaning will likely seem familiar to many readers. Earlier decisions, including Schlunk, show that the court has previously been willing to look to those sources in the treaty context; oral argument may forecast whether the court’s view on this point has shifted since that case. Beyond that, the key issue to watch during argument is the extent to which the court views treaty interpretation as meaningfully different from statutory interpretation.