Argument preview: Can a conspiracy defendant be ordered to forfeit proceeds he never obtained? 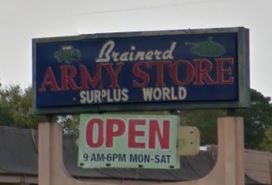 The argument next Wednesday in Honeycutt v. United States presents a seemingly simple statutory question. The federal forfeiture statute for narcotics conspiracies requires that a convicted defendant be ordered to forfeit the “proceeds the person obtained” from the crime. May a federal court using this statute order a defendant to forfeit proceeds that he did not “obtain,” under a theory of joint and several liability?

Terry Honeycutt argues that obtain means obtain, and that “with the text so clear, the Court need go no further.” But the government notes that nine federal courts of appeal have adopted the broader “joint and several liability” rule since the forfeiture statute was adopted in 1984 (although the U.S. Court of Appeals for the District of Columbia Circuit ruled the other way in 2016); and that substantively, the doctrine of Pinkerton v. United States has long held conspirators liable for foreseeable crimes committed by their co-conspirators on a familiar “partnership” theory.

Still, the court has recently been critical of perceived overreaching in federal prosecutions. Recall Yates v. United States in 2015 (holding that a fish is not a “tangible object” under the federal obstruction of justice statute) and Bond v. United States in 2014 (holding that the federal Chemical Weapons Act does not extend to a simple domestic assault even though the assault involved chemicals). Which lens the justices will use to examine Honeycutt’s case should become apparent at oral argument.

Seventy years ago when the court considered a case involving brothers who criminally conspired together, the Pinkerton doctrine was born. Over the objection of two justices who decried “vicarious criminal liability,” the court adopted a “partnership” view of crime and held that Daniel Pinkerton (who had been in prison most of the time) could be convicted of crimes that his brother Walter had committed, so long as those crimes were foreseeable and in furtherance of the overall conspiracy. Although some states, and the Model Penal Code, reject Pinkerton liability, it is a well-settled federal doctrine. Next Wednesday, however, Terry Honeycutt will argue that when it comes to sentencing (as opposed to conviction liability), he should not be ordered to forfeit monies that only his brother Tony received.

The Honeycutt brothers operated a hardware store in Brainerd, Tennessee. Tony owned the store with their father; Terry was merely a “salaried employee” who worked sales behind the counter. In less than three years, the store sold over 15,000 bottles of “Polar Pure,” a water-purifying product whose iodine ingredient could also be used in manufacturing methamphetamine. The police told the Honeycutts about Polar Pure’s potential use in cooking meth, but they kept selling.

The government indicted the brothers on multiple counts including conspiracy to distribute methamphetamine precursors;. Tony (the store owner) pled guilty and when the government showed that sales of Polar Pure during the charged conspiracy had brought in over $270,000 in profits, Tony accepted a forfeiture judgment of $200,000.

Unlike his brother, Terry went to trial and the jury convicted him on 11 of 14 counts. When it came to sentencing, the government apparently did not offer any evidence of profits going to Terry, and the trial court found that Terry’s “motivations” were “just not clear.” Still, the government argued that Terry must be ordered to forfeit the remaining $70,000 in profits that the store (and the conspiracy) had received. But the district court declined to order forfeiture against Terry, noting that he was salaried, had no ownership interest in the store, and “did not stand to benefit personally from the illegal sales.”

On appeal, the U.S. Court of Appeals for the 6th Circuit reversed and remanded for consideration of forfeiture, finding itself bound by a prior precedent. Judge Karen Moore concurred that the court was bound, but suggested en banc review. She noted that the textual requirement for forfeiture of assets that have been “obtained” by the defendant made forfeiture against Terry “problematic,” and that the government’s joint and several liability theory “would hold a defendant responsible for property he never had.” After en banc review was denied, the Supreme Court agreed to resolve the circuit split created by the D.C. Circuit’s recent conflicting ruling on the question.

Arguments of the parties

Although one can speculate endlessly about what benefits Terry Honeycutt might have received from helping his brother’s store sell Polar Pure, the government apparently introduced no evidence of this in the trial court. Thus this case proceeds on the assumption that Terry did not receive, directly or otherwise, any proceeds from the illegal sales. Yet the forfeiture statute (18 U.S.C. § 853(a)) provides that a convicted defendant can be ordered to forfeit only property that constitutes or is derived from “proceeds the person obtained, directly or indirectly, as a result” of the convicted conduct. This text, with its focus on proceeds that “the person obtained,” seems reasonably clear. As Judge Moore wrote below, if broader forfeiture is desirable, “it would seem to be Congress’s job to provide an expanded mechanism.”

Not so fast, argues the U.S. solicitor general. The law permitting joint and several liability for federal forfeiture under this provision has been settled without dissent for over 20 years, and Congress has amended the forfeiture statute a number of times without altering Section 853(a). The Pinkerton liability principle has been settled even longer, and the government argues that Pinkerton should make co-conspirators liable for each others’ ill-gotten gains at sentencing, as well as for their substantive criminal acts.

But significantly, perhaps, the government’s brief does not turn to the text of the statute until page 23, and that section of its argument is only four paragraphs long. Moreover, under its “text” heading, the government constructs a straw man, claiming (without citation) that Honeycutt is arguing that forfeiture is “limit[ed] … to proceeds the defendant obtained personally” (emphasis in original). But that is plainly not Honeycutt’s argument. In fact, Honeycutt concedes that even when a defendant obtains proceeds “indirectly,” or when proceeds go to “entities or people under the defendant’s control,” they are subject to forfeiture. (Similarly, the D.C. Circuit suggested that an employee who received “increased compensation” as a result of assisting a conspiracy might be ordered to forfeit those monies). When, however, there is no evidence that a defendant “benefit[ed] personally” at all – as was both apparently conceded (or at least not argued) by the government below and found by the district court in this case – Honeycutt argues simply that the statute’s text does not reach proceeds that other co-conspirators may have obtained.

In addition to the statute’s text, Honeycutt presents further arguments regarding statutory purpose and structure. He even extends his arguments to constitutional extremes under the Sixth and Eighth Amendments, noting that both the D.C. Circuit and U.S. Court of Appeals for the 9th Circuit have recognized, and the government agrees, that the Eighth Amendment can constrain expansive applications of the joint-and-several theory.

The solicitor general’s brief effectively rebuts some of Honeycutt’s further arguments. However, it returns repeatedly to “traditional principles of conspiracy liability” that it says supports joint and several liability for forfeiture absent some unconstitutional excessiveness. Whether or not that is so – and Honeycutt argues for a contrary view based on history and tradition – the point at issue here is one of statutory interpretation, not constitutional law or policy. Aside from text, the D.C. Circuit also found no legislative history to support an “expansive purpose” for Section 853(a). If sensible policy supports a broad view of forfeiture that the text does not, then, as Judge Moore wrote below, it falls to Congress to write statutory language that clearly endorses such a view.

Thirteen months after Justice Antonin Scalia’s death, this is yet another case in which his absence will pervade the courtroom. Scalia was generally a strict textualist. Particularly when the statutory meaning of a criminal statute was not clear, Scalia would turn to the “rule of lenity” to apply the construction favoring a defendant. In this case, Justice Samuel Alito may agree with the government’s view of well-settled law (although he did not in Yates). By contrast, Justice Clarence Thomas has long been a critic of over-extended asset-forfeiture laws, as was evidenced just two weeks ago when Thomas referred critically to “broad modern forfeiture practice” in a brief opinion regarding the denial of certiorari in a civil forfeiture case. I generally resist trying to predict the court’s inclinations before argument is even heard; trying to forecast the justices’ likely votes after argument is uncertain enough. Still, despite 20 years of unquestioning precedent, the textual argument for Honeycutt seems strong on this record. Tune in next week to hear what the life-tenured decision-makers think.