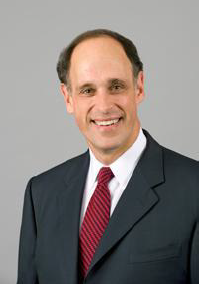 Next Tuesday, voters will decide whether to send Donald Trump or Hillary Clinton to the White House. On the day before Election Day, the Supreme Court will hear oral argument regarding a federal law that dates back to the Bill Clinton administration, the Federal Vacancies Reform Act of 1998. The FVRA was enacted in the wake of Clinton’s efforts to fill a vacant position as the assistant attorney general in charge of the Department of Justice’s civil rights division: After the Senate declined to confirm Bill Lann Lee, whom Clinton had nominated for the job, the Clinton administration brought Lee into DOJ as the first assistant to the vacant position and then named him as the acting assistant attorney general. The outcome of the current case could affect the next president’s ability to appoint senior officials to temporarily fill vacancies in the executive branch.

Like the job Lee was tapped to fill, many positions in the federal government require the individuals who hold them to be nominated by the president and then confirmed by the Senate. Under subsection 3345(a)(1) of the FVRA, when one of these positions becomes vacant, the duties and responsibilities associated with the position are normally performed by the first assistant to the post, serving in an acting capacity. But the president can opt instead to designate someone else to carry out the office’s duties in an acting capacity – either someone who has been confirmed to another position in the executive branch, pursuant to subsection 3345(a)(2) of the act, or someone who is serving as a senior official in the same government agency, pursuant to subsection 3345(a)(3).

The dispute before the court arises from an NLRB proceeding that occurred in January 2013, while Solomon was serving as the acting general counsel. An administrative law judge concluded that SW General, which operates an ambulance service in Arizona, had committed an unfair labor practice, and the NLRB agreed. SW General then went to the U.S. Court of Appeals for the D.C. Circuit, where it argued that the complaint against it was illegitimate: Solomon could not serve as the acting general counsel after he had been nominated to serve as the permanent general counsel.

In the Supreme Court, the federal government insists that its interpretation of subsection 3345 is most consistent with the text of the statute. Subsection (a)(1), it explains, creates a general rule: When a position becomes vacant, the first assistant assumes responsibilities for the duties of that office. Subsections (a)(2) and (a)(3) create exceptions to what the government describes as that “otherwise categorical rule.” And subsection (b)(1) is just an exception to subsection (a)(1)’s general rule: it refers only to subsection (a)(1), and it prevents a first assistant from serving in an acting capacity if the president nominates her to fill the position on a permanent basis, unless she served as the first assistant for more than 90 days before the vacancy occurred. Finally, the government points out, if Congress had wanted the restriction in subsection (b)(1) to apply to all three categories of acting officials, it could have said so expressly – but didn’t.

Each side claims that its interpretation is more faithful to Congress’ intent in enacting the FVRA. The federal government contends that the law was intended to strike a balance, by addressing both “perceived circumventions of the limitations in the” prior law governing how the president could fill vacancies and the sense that the president needed more flexibility to make “acting” appointments. And there would be no need for Congress to apply subsection (b)(1)’s restrictions to appointments under subsections (a)(2) and (a)(3), because the FVRA already imposes limitations on these appointments – for example, an official appointed to serve in an acting role under (a)(2) will have already been confirmed by the Senate, while an official serving in an acting capacity under (a)(3) must have already served as a senior official at the same agency.

Congress could not have intended, the federal government continues, that subsection 3345(b)(1) would require experienced government officials to stop performing a job’s duties in an acting capacity for the sole reason that they “had been deemed most competent to fill the positions permanently.” But that is precisely what the D.C. Circuit and SW General’s interpretation of Section 3345 would do, the government contends. It points to the resignation of Michael Brown, the head of the Federal Emergency Management Agency, shortly after Hurricane Katrina. Then-President George W. Bush selected David Paulison, another Senate-confirmed emergency responder, to serve as FEMA’s acting head. Bush later nominated Paulison to serve as the permanent head of FEMA, and he was confirmed – which would not have been possible under the D.C. Circuit’s rule.

SW General disputes the federal government’s characterization of Congress’ purpose in enacting the FVRA. While acknowledging that the FVRA was intended to provide the president with some flexibility, it argues that the law’s primary purpose was to address the problem of presidents “directing their chosen replacements to serve as acting officers for prolonged periods without obtaining the Senate’s approval.” The company pushes back against the government’s contention that Congress would not have intended to have subsection 3345(b)(1) place additional restrictions on officials appointed pursuant to (a)(2) and (a)(3) because those subsections already contain their own safeguards. The fact that some officials may already have been confirmed by the Senate or served as senior officials in the agency doesn’t protect the Senate’s role to advise or consent on nominees, it counters. There are many different Senate-confirmed positions, it notes, requiring various “skill sets, areas of expertise, and types of responsibility.” Senate confirmation for one of these positions “is hardly a proxy for the Senate’s consent to the same individual’s service in an entirely different” Senate-confirmed office. Similarly, there are thousands of senior government officials; although a senior official may be “competent to keep things running,” that is not the same as passing muster in a Senate confirmation.

The federal government cites the legislative history of Section 3345 to further support its interpretation of the statute. The original version of the law, it contends, clearly applied only to first assistants, but some senators thought that it didn’t give the president enough flexibility, so they changed that version, which is when subsection 3345(b)(1) was adopted. The government relies heavily on a statement by Senator Fred Thompson – the author of the new language and a chief sponsor of the FVRA – in which he indicated that subsection 3345(b)(1)’s restriction would apply only to subsection 3345(a)(1) – “and specifically not to other officials” “pursuant to (a)(2) and (a)(3).”

SW General dismisses the Thompson statement as merely one sentence that was “quickly contradicted by” Senator Robert Byrd, another sponsor of the FVRA. Byrd, SW General contends, indicated that “flexibility was not the FVRA’s primary objective” but was actually “just the opposite”: The FVRA was intended “to constrain the President’s ability to staff vacancies with his chosen replacement without obtaining the Senate’s approval.”

The federal government also stresses that its interpretation is consistent with the executive branch’s past practice, under both Democratic and Republican administrations. In 2014, the government notes, the Supreme Court relied in part on past practice when it interpreted the clause of the Constitution that authorizes the president to make temporary appointments during congressional recesses, and past practice should also factor into the court’s reasoning here. If the Senate believes that subsection 3345(b)(1)’s restriction extends to subsections 3345(a)(2) and (a)(3), it can simply “decline to confirm a nominee,” or Congress can amend the law to clarify that it applies to all parts of subsection 3345(a). But as far as it can tell, the government concludes, neither the Senate as a whole nor any individual senator has ever objected to the government’s interpretation of subsection 3345(b)(1) as applying only to subsection 3345(a)(1).

SW General rejects the government’s argument, maintaining that past practice does not favor the government’s interpretation. There is, it contends, no reason to believe that the Senate was ever aware that “some acting officials served in violation of the FVRA while their nominations were pending, much less that Congress” approved such a practice. And in any event, SW General continues, a practice going back to 1998 under the FVRA is hardly the same as a practice going back to the “beginning of the Republic,” as was true in the recess appointments case.

In a “friend of the court” brief filed in support of the federal government, the Constitutional Accountability Center cautions that, if the D.C. Circuit’s decision is upheld, it would “significantly limit the President’s ability to temporarily staff important executive branch offices with the individuals that he or she believes best equipped to fill them on a permanent basis.” But SW General sees a very different problem if the federal government prevails: It complains that officials who serve in an acting capacity in violation of the FVRA will wield massive amounts of power, over everything from energy and the environment to foreign policy, without any accountability to Congress. Both sides clearly believe that the stakes are high in this case; soon it will be up to the justices to decide the outcome.