Michael Bryant, a member of the Northern Cheyenne Tribe, has a criminal record.  It’s a long one, in fact:  more than one hundred convictions in tribal court, several of which involve domestic abuse – for example, an assault on his live-in girlfriend that included an effort to strangle her and hitting her over the head with a bottle.

Each of Bryant’s misdemeanor domestic-violence convictions resulted in sentences of less than a year.  That meant that Bryant, who says that he could not afford to hire his own attorney, was also not entitled to have the tribal court appoint an attorney to represent him:  the Indian Civil Rights Act of 1968, which governs proceedings in tribal courts, only requires the tribal courts to appoint an attorney for defendants who are sentenced to more than a year in prison.  By contrast, if Bryant had been tried in state or federal court on domestic-violence charges and sentenced to any prison time, he would have been entitled to appointed counsel under the Sixth Amendment to the U.S. Constitution, which does not apply to tribal prosecutions. 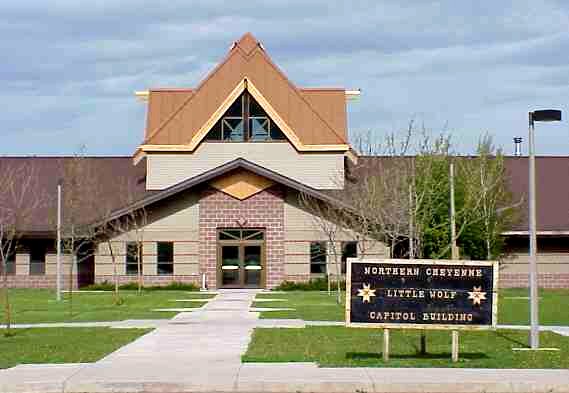 Bryant was involved in two more episodes of domestic violence in February and May 2011.  In the first incident, he dragged his then-live-in girlfriend off the bed, pulled her hair, and punched and kicked her.  In the second, he choked a different woman.  As a result, he was charged in federal district court with two violations of Section 117(a) of Title 18 of the U.S. Code, which makes it a federal crime to “commit a domestic assault within . . . Indian country” if you already have “a final conviction on at least 2 separate prior occasions in Federal, State, or Indian tribal court proceedings for” domestic-violence offenses.

Bryant argued in the district court that the federal charges against him should be dismissed.  Because he was not represented by lawyers when he was convicted on the domestic-violence charges in tribal court, he contended, the use of those tribal-court convictions to subject him to charges under Section 117(a) would violate the Constitution, even if he had not had any right to an appointed lawyer in tribal court.

The federal district court rejected that argument; Bryant was convicted and sentenced to nearly four years in prison, followed by three years of supervised release. However, Bryant found a more receptive audience on appeal.  The U.S. Court of Appeals for the Ninth Circuit ordered that the indictment against Bryant should be dismissed, agreeing with Bryant that, because he was not represented by an attorney, the Sixth Amendment barred any reliance on the tribal-court convictions as the predicate offenses for charges under Section 117(a).  The federal government asked the Supreme Court to weigh in, which it agreed to do last December.

The federal government adds that in the Indian Civil Rights Act of 1968 Congress conferred a variety of procedural protections on tribal-court defendants – for example, the rights to a speedy trial, due process of law, a jury trial when facing imprisonment, and access to federal district courts to seek federal habeas relief.  Although there have been other changes to the law since it was first enacted, Congress has never added a right to appointed counsel in misdemeanor cases.  And even though Congress presumably was aware that tribal-court defendants like Bryant would not have had a right to appointed counsel, it nevertheless opted to make all tribal-court convictions fair game for qualifying offenses under Section 117(a). Moreover, given that Congress enacted Section 117(a) to address “an epidemic of domestic violence in Indian country and a jurisdictional void that permitted repeat offenders—who often were subject only to tribal misdemeanor jurisdiction—to escape felony-level sanctions again and again,” the government asserts, it would not have made sense for Congress to enact this law if uncounseled tribal-court convictions that led to imprisonment didn’t count for purposes of the law.

Bryant counters that concerns about the reliability of convictions are at the heart of the Sixth Amendment:  if a defendant is not represented by an attorney, any felony convictions or convictions involving jail time that result will be “insufficiently reliable.”  And even if Bryant’s tribal-court convictions, standing alone, did not violate the Sixth Amendment because he had no right to an appointed lawyer, the Court’s prior cases – which he interprets very differently from the federal government – hold that those convictions still cannot be used to establish an element of a later federal offense, because they are not sufficiently reliable.

In addition to the dueling interpretations of the Supreme Court’s earlier cases, two competing sets of practical concerns are also likely to be on the Justices’ minds when they come to the bench next week.  Domestic-violence groups, which filed a “friend of the Court” brief supporting the United States, emphasize the “crisis” that prompted Congress to enact Section 117(a) in the first place.  Indian women, they note, are more likely to experience domestic violence than any other group of women in the United States.  And that violence is likely to escalate, they add, if perpetrators are not adequately punished.

On the other hand, criminal defense attorneys contend in their own “friend of the Court” brief that, in reality, the procedural protections available to tribal-court defendants fall far short of what Congress intended in ICRA – suggesting that such convictions are anything but reliable.  Indians are more likely than any other racial group in the country to live in poverty, making it difficult for defendants to afford their own lawyers when one is not appointed to represent them.   Tribal-court defendants often face language or cultural barriers, they note, and may not have access to the tribe’s laws or procedural rules.  And even if the laws and rules are in theory accessible, they may be trumped in practice by unwritten tribal customs.  If Bryant prevails in the end, it may well be because at least five Justices are swayed by this latter set of concerns.

In a one-sentence order, the Supreme Court has just denied Rick Allen Rhoades' emergency request for a stay of execution. Rhoades is scheduled to be put to death by lethal injection in Texas tonight. No dissents noted from the SCOTUS denial.
https://www.supremecourt.gov/orders/courtorders/092821zr_3204.pdf

Justice Alito will give a speech Thursday at Notre Dame on the shadow docket. At his request, the speech will not be publicly livestreamed or recorded.

Justices Barrett & Thomas also gave recent speeches with no livestream (though video of Thomas' was released after the fact).

When Alito gives a speech Thursday at Notre Dame on the Supreme Court's shadow docket, there will be no livestream or recording. I've confirmed with Notre Dame officials that it was Alito who requested those restrictions.

Just in: New COVID procedures (including PCR tests) for lawyers in advance of the Supreme Court's return to in-person arguments next week.

With less than a week to go b/4 #SCOTUS returns to the courtroom, the Court has posted COVID-19 protocols for lawyers arguing this fall, including a new pre-argument tradition: COVID testing. Full document is here: https://www.supremecourt.gov/announcements/Fall_2021_argument_COVID_protocols.pdf

One week from today, the court will begin its new term and the justices will return to the courtroom for the first time since the pandemic hit. Time to dust off those robes and get ready for the first day. Here's our new banner, "back to school" edition, from @Courtartist.

The justices are meeting privately today for their "long conference." Thousands of cert petitions have rolled in over the summer, and the justices use today's conference to discuss which ones they should take up. Here are all the petitions we're watching: