Even after his death, Justice Antonin Scalia loomed large over his colleagues’ speaking engagements in February and March.

On February 17, Justice Stephen Breyer headlined the 2016 Brennan Center Jorde Symposium at Yale Law School. Drawing on the themes from his book, The Court and The World: American Law and the New Global Realities, Breyer said that in all his years on the Supreme Court, “perhaps the most remarkable change is the change in the number of cases that require a judge to know something beyond our own shores in order to make a sensible decision in that case.” Breyer also asked for a moment of silence for his late colleague noting that the Court “will be a grayer place without him.” The New Haven Register covered the lecture. A video, posted by Yale Law School, is available on Vimeo. 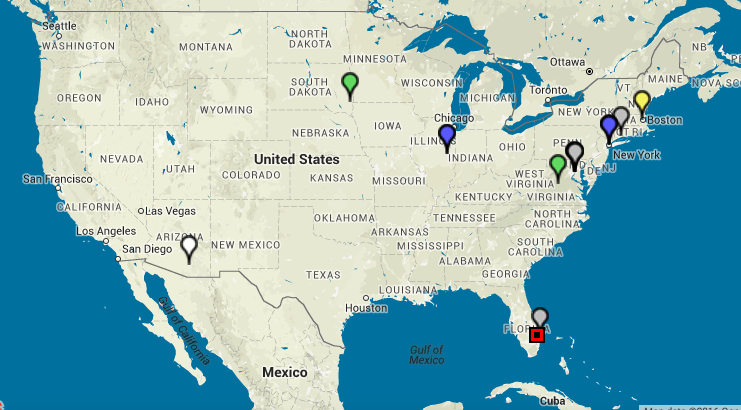 Justice Samuel Alito faced questions about Scalia and the Supreme Court vacancy when he addressed the graduating class at Georgetown University Law Center on February 23. Scalia’s death “has been a great shock to us,” Alito said. When asked about the possibility of an eight-member Court for the foreseeable future, he replied, “We will deal with it.” A summary is available from Adam Liptak of The New York Times.

On February 25, Breyer shared the stage with NBC justice correspondent Pete Williams at a Supreme Court Fellows event held at the Newseum. Breyer declined to speculate on when the seat left by Scalia would be filled, stating, “we will do our work.” Video of the conversation is online. Coverage comes from Ariane de Vogue of CNN.

Breyer traveled to New York after the Court’s February session. On March 10, he discussed terrorism, the rule of law, and the role of judges at the United Nations’ #UpholdingJustice event. Describing the solitary nature of being a judge, Breyer noted, “It is not a gregarious job. It is a rather lonely job.” The UN News Centre covered the panel. Breyer also spoke to students at the United Nations International School, where he described the judicial appointment process and participated in a question-and-answer session. Coverage of the appearance comes from the school.

While Breyer was in New York, Justice Ruth Bader Ginsburg was honored with the International Center for Research on Women’s 2016 Champions for Change Award in Washington, D.C. NPR legal affairs correspondent Nina Totenberg presented her with the award, prompting Ginsburg to remark, “Nina and I have been dear friends for longer than many of you in this room have even been alive.” The ICRW has published a summary of the night’s festivities and a follow-up interview with Ginsburg on its website. Additional coverage comes from Irin Carmon of MSNBC.

Finally, on March 31, Breyer – the most active Justice by far this Term – delivers the keynote speech at the 110th American Society of International Law Annual Meeting in Washington, D.C. Breyer will speak about new frontiers in international law, and he will undoubtedly demur on any questions about the nomination of Chief Judge Merrick Garland to fill Scalia’s seat.