The Clean Water Act restricts what can be done with certain waters. Among other things, it requires a permit from the United States Army Corps of Engineers to discharge dredged or fill material into “navigable waters,” which the act not so helpfully defines as “the waters of the United States.” Over the past three decades, a clear definition of that term has proven elusive. Neither courts nor the relevant federal agencies (the Environmental Protection Agency and the Corps) have come up with a bright line to differentiate waters the act covers (or “jurisdictional” waters) from those that are beyond the act’s reach. (The agencies’ latest attempt, the Clean Water Rule, postdates the events in this case.) The Supreme Court has held, in light of the act’s broad purposes of restoring and maintaining water quality, that jurisdictional waters extend beyond waters that are navigable in fact, but it has also held that the act does not cover an isolated gravel pit that forms a seasonal pond, or an isolated wetland. The precise contours remain murky. As a result, a person seeking to fill in a wetland may not know whether their property is subject to the act’s regulatory regime – a potentially burdensome permitting process, with steep penalties for violations – until the Corps has completed a site-specific evaluation. 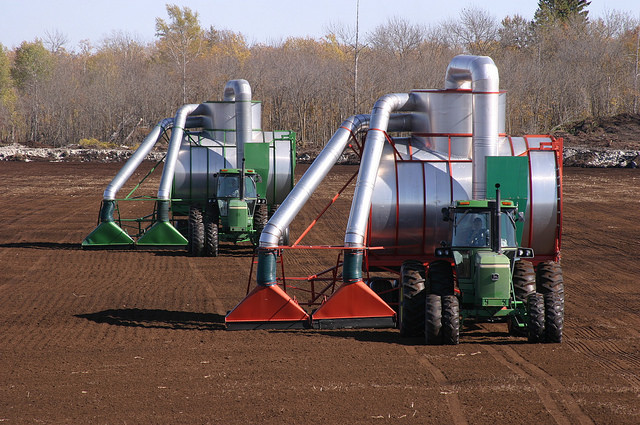 Property owners who are unsure whether or how the act applies to their property may proceed without a permit and risk an enforcement action. Alternatively, they may ask the Corps for a “jurisdictional determination” (JD) – a document stating whether waters of the United States are absent or present on a particular parcel – as part of the permitting process. The Corps also has a longstanding practice of providing standalone JDs on request. JDs are creatures of regulation; the act does not mention them. According to the Corps’ regulations, they entail extensive findings, are final for purposes of appeal within the agency, and remain valid for five years. The question presented in United States Army Corps of Engineers v. Hawkes is whether JDs are “final agency action for which there is no other adequate remedy in a court” within the meaning of Section 704 of the Administrative Procedure Act (APA) and are thus subject to judicial review.

This case is a follow-on to the Court’s 2012 decision in Sackett v. EPA. In Sackett, the Court unanimously held that a “compliance order” issued under the act – an order reflecting a determination that a party is violating the act and requiring them to come into compliance – constituted final agency action, even though such orders are only enforced through a subsequent judicial proceeding.

This case involves a different step in the administrative process, but it raises many of the same legal issues. It requires the Court to determine when the APA allows parties to take an agency to court. In turn it implicates the sometimes competing values of fairness to regulated parties and the need to let government work without undue judicial interference.

In this case, respondent Hawkes Co. wishes to mine peat on a wetland property in Minnesota. (Peat is ultimately used, among other purposes, to construct golf greens.). In 2010, Hawkes applied for a permit from the Corps. In 2011, the Corps issued a letter containing a “preliminary determination” that the property contained jurisdictional waters. The nearest traditional navigable water, the Red River of the North, is 120 miles away, but the Corps asserts that the wetlands in question are connected to that river by culverts, unnamed streams, and another river. After a series of further meetings and site visits, in 2012 the Corps issued an “Approved Jurisdictional Determination” (JD) confirming that the property contained waters of the United States. Hawkes’s complaint alleges that, during this time, Corps employees stated that the permit process would be very lengthy and expensive, and that one Corps representative told a Hawkes employee that “he should start looking for another job.” Hawkes administratively appealed the JD pursuant to Corps regulations. After oral argument, a review officer issued a written decision in Hawkes’s favor, concluding that the administrative record did not support the JD. On remand, the Corps revised the JD but again concluded that the property contained jurisdictional waters. The revised JD noted that the wetlands on the property contain significant biodiversity, are of “exceptional quality,” and have a significant nexus with the Red River of the North.

Hawkes sued the Corps in 2013, alleging that the JD was arbitrary and capricious in violation of the APA. The district court dismissed the suit for want of a final agency action, but the Eighth Circuit reversed. The question now presented is whether the JD is final for APA purposes.

Both sides frame their finality arguments under a two-pronged test from the Court’s 1997 decision in Bennett v. Spear. Under that test, an agency action is final if it (1) marks the consummation of the agency’s decision-making process, rather than being tentative or interlocutory; and (2) is an action that determines “rights and obligations” or “from which ‘legal consequences will flow.’” The Solicitor General, representing the Corps, now concedes (after contesting it below) that the first prong is met: the JD marks the consummation of the Corps’ decision-making process. But the second prong is not met, the government says, because no legal consequences flow from the JD. Rather, the JD is the sort of informational statement many agencies provide to help regulated entities make decisions about their conduct – a voluntary, “valuable public service” (which the government might stop providing if the Court rules that JDs are immediately reviewable). Reviewing the JD before the permit process has played out would “spawn piecemeal and potentially duplicative proceedings.” And even if the JD constituted final agency action, the government continues, Hawkes should fail because there are other “adequate remed[ies] in a court within the meaning of APA Section 704. Congress, which did not provide for JDs at all, must have thought adequate the remedies it did provide – judicial review of a permit decision or enforcement action. In addition, the government adds, Hawkes overstates the burdens of the permit process. Although Hawkes asserts that its permit would be expensive and time-consuming, most applications are decided more quickly by verifying that they fall within what are known as “general permits,” which authorize a category of activity within a specified geographic area.

Hawkes argues that Bennett’s second prong does not actually require an agency action to have independent consequences. And if practical effects suffice, Hawkes argues, a JD is clearly final. A JD effectively compels a property owner to choose from one of three financially ruinous choices: stop using the property, seek a permit, or risk an enforcement action. In any case, Hawkes says, a JD is final because it does have legal effects. Among other things, the Corps treats the JD as conclusive in the subsequent permit process. (The government replies that although the Corps will later rely on the JD as a practical matter, the JD is not legally binding in later proceedings.) This, in turn, tees up Hawkes’s argument that there is no other adequate remedy at law, because deferring review until a permit has been denied is senseless. Why, Hawkes asks, should it go through a burdensome permit process only to determine whether it must go through a burdensome permit process?

Ultimately, this case is closer than Sackett. The legal effect here is less immediate and less overtly coercive; an affirmative JD confirms the need for a property owner to go through the permitting process, but it does not directly impose liability. Still, the government might be left high and dry. The concurring judge in the Eighth Circuit characterized the Court in Sackett as being “concerned with just how difficult and confusing it can be for a landowner to predict whether or not his or her land falls within CWA jurisdiction.” If that was indeed the concern, it applies here too. And Hawkes presents a compelling set of facts, in which the permit process appears particularly burdensome and costly and in which Corps employees allegedly tried to scare Hawkes into forgoing its development plans. These facts may be unusual, but they also make it easy to craft a fairness argument in favor of judicial review of the JD.

But is fairness part of the analysis under Section 704? By raising that question, the case also gives the Court an opportunity to clarify the requirements for APA finality, an issue that has import beyond the Clean Water Act context. Is Bennett’s second prong really just about “independent” or “direct” legal consequences, or does it allow a more pragmatic inquiry, as other justiciability doctrines sometimes do? Pragmatism has value, but as the government points out, making every informal agency action judicially reviewable could unduly burden agency decision-making and deter agencies from providing parties with useful information. The Court might also consider whether the two-pronged test from Bennett is the correct test at all, given that it is not commanded by the APA’s text and that the Court in Sackett did not phrase it as a two-part test, referring instead to “all of the hallmarks of APA finality that our opinions establish.” In answering these questions, the Court will feel the absence of Justice Antonin Scalia – the author of the majority opinions in both Bennett and Sackett – and will pick up where he (and his fondness for administrative law) left off.