Argument preview: When a sex offender moves out of the country, does he have to tell anyone? 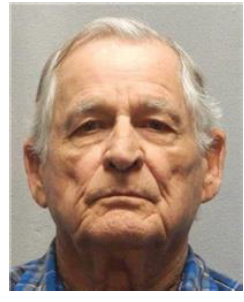 When Lester Ray Nichols, a federally convicted sex offender, left Kansas in 2012 to go live in the Philippines, one might have thought the United States government would be happy to see the back of him. Not so. Federal authorities tracked him down in Manila and escorted him back to Kansas, where he was convicted in federal district court of failing to notify Kansas authorities that he had left the state. On March 1, the U.S. Supreme Court will hear his argument that his move never triggered a duty to notify anyone.

Nichols’s case turns on the interpretation of the Sex Offender Registration and Notification Act (SORNA). Two SORNA provisions are in play, 42 U.S.C. § 16913(a) and (c). They state (in pertinent part):

Nichols was convicted of failing to notify Kansas of his move to the Philippines on the theory that, at the moment he “changed” his “residence,” Kansas was still the jurisdiction where he resided. If he had been moving to another SORNA jurisdiction (such as another U.S. state), he could have satisfied his statutory obligation by registering there within three business days. Because the Philippines is not a SORNA jurisdiction, however, Kansas was the only jurisdiction he could have notified. The U.S. Court of Appeals for the Tenth Circuit affirmed his conviction on the strength of its 2011 two-to-one panel decision in a materially indistinguishable case, United States v. Murphy.

The crux of Nichols’s argument is fairly simple. Under Section 16913(a), a change in residence normally triggers a duty to notify the jurisdiction to which the person is moving. Because the Philippines is not a SORNA jurisdiction, however, he was not required to notify the Philippines. And because Kansas was no longer his residence, he was not required to notify Kansas, either. According to Nichols, the government could not have it both ways: if his abandonment of Kansas triggered a duty to notify, then Kansas could no longer count as his current residence. Once he abandoned Kansas with the intent to stay habitually in the Philippines, the Philippines became his current residence.

The government responds that, even following abandonment, Kansas “necessarily remain[ed] ‘involved pursuant to subsection (a),’ because the offender continue[d] to appear on its registry as a current resident.” In order to be owed a notification, Kansas need not have been Nichols’s residence, it merely needs to have been a jurisdiction “involved” within the meaning of Section 16913(a). Although the government cites the Tenth Circuit’s opinion in Murphy as authority for this proposition, it would hardly be surprising if the Justices press the government on whether the mere fact that Nichols’s name continued to appear on Kansas’s registry was enough to maintain Kansas’s status as an “involved jurisdiction.”

Nichols asserts that the overriding purpose of SORNA is to protect children where a sex offender currently resides, not children who live in his past residences. The government seemingly struggles to come up with reasons why Congress would have wanted notification given to the jurisdiction being vacated. “An offender who has absconded may pose no direct continuing threat to his old neighborhood,” states the government, “but community members should not make decisions about where to live or send their children – either for school or for an afternoon playdate – on the basis of obsolete information creating a misimpression that absent offenders still reside in the area.”

Nichols also argues that authorities need not rely on an offender’s notification that he is leaving the country, since he will have used his passport to travel internationally. The government’s response, aside from expressing skepticism that offenders will reliably report passport information, is that knowledge of an offender’s international travel and knowledge that the offender has actually abandoned his U.S. residence are not the same thing. “The government should not bear the onus of continually evaluating, as the sex offender’s international sojourn lengthens, whether his address of record should be retained on the rolls as his ‘current’ registration information. The offender himself should simply give notice at the outset that he is moving.”

To bolster its point that authorities should not be kept guessing, the government recounts the law enforcement aftermath of Nichols’s departure from Kansas. “Between November 16, 2012 and January 17, 2013, the investigation of petitioner’s . . . disappearance involved federal probation officers, a federal-court warrant, the State Department’s Diplomatic Security Service, the Manila Police Department, the Philippine Bureau of Immigration, and the United States Marshals Service,” states the government’s brief. “None of that would have been necessary if petitioner had taken the simple step of advising Kansas of his change of residence.” One wonders if that last sentence might involve overstatement. Would the authorities really take a sex offender’s representation that he has left the country at face value, with no independent verification?

Viewed as a whole, the government’s main concern seems to be that a reversal of Nichols’s conviction would recognize and thereby implicitly sanction a “leaving the country” loophole in SORNA’s notification coverage. From the outset, the government’s brief hammers the point that Congress has continually sought to broaden the system of sex-offender registration and notification. The Wetterling Act of 1994 used federal funding to encourage states to adopt certain minimum standards in their sex-registration laws. In 1996, Megan’s Law added a mandatory community-notification provision. That same year, Congress directed the FBI to create a national sex-offender database. In the immediate years following, Congress continued to enhance federal registration and notification requirements.

But Congress became convinced that all this was not enough. “Loopholes and deficiencies” in the registration and notification systems led to an estimated 100,000 sex offenders becoming “missing” or “lost” – out of a total of 500,000. This, in 2006, led to SORNA, which was intended to make “more uniform and effective” the “patchwork” of federal and state sex-offender registration systems then in effect. By so prominently recounting this history of legislation, the government’s brief clearly means to relate a congressional anxiety about the existence of gaps in the registration and notification regime.

If the Court rules in favor of Nichols, does that mean any sex offender can escape SORNA simply by moving to another country? Melody Brannon, Nichols’s federal public defender from Kansas City, can certainly expect that question before she gets very far in her argument. If she sticks to her brief, her answer will be a frank “yes.” A sex offender who moves to another country is no longer a threat to children in the United States, and SORNA only protects children in the United States. If the offender returns to the United States, his SORNA obligations immediately resume. Thus, there is no “gap.” Nichols’s brief goes so far as to argue that a sex offender who has left the country is no different from a sex offender who has died – at least for purposes of current SORNA obligations. Leaving the country unannounced may place some burden on authorities to figure out where the offender has gone, but so does leaving the world unannounced.

The government rejects the analogy. “A sex offender who is traveling abroad is hardly, as petitioner posits, ‘analogous to a sex offender who has died.’” This is because “state and local authorities typically learn fairly quickly when a resident has died and may easily determine whether he is a registered sex offender.”. In any event, continues the government’s brief, it would be so easy to maintain the comprehensiveness of the registration and notification system if the Court were simply to rule that sex offenders must notify the authorities in their residence jurisdiction before they leave the country. “Given the ease of protecting the sex-offender registry’s integrity from corruption with obsolete information, it would indeed come as a ‘surprise’ if SORNA were construed as not requiring a sex offender to give notice when he moves to a foreign country.”

The government’s chances thus seem to depend upon the Court’s receptiveness to the assertion that the purpose behind SORNA is to create a system that keeps track of sex offenders in every conceivable way, including when they are no longer in the United States. Not only must the Justices accept that premise, but they must agree that the Court is the appropriate body to fill out a statute that does not address the issue in so many words. The empty seat of the late Justice Antonin Scalia will undoubtedly catch the corner of every eye as this classic case of statutory interpretation is debated.

Recommended Citation: Evan Lee, Argument preview: When a sex offender moves out of the country, does he have to tell anyone?, SCOTUSblog (Feb. 23, 2016, 11:29 AM), https://www.scotusblog.com/2016/02/argument-preview-when-a-sex-offender-moves-out-of-the-country-does-he-have-to-tell-anyone/