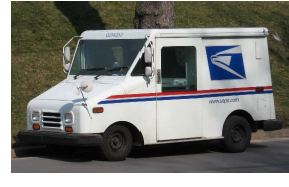 On November 30, the Court will hear oral arguments in the case of Marvin Green, a former U.S. Postal Service employee. Green claims that he was the victim of racial discrimination, and that the Postal Service retaliated against him when he complained about that discrimination. That retaliation, Green says, resulted in what lawyers call a “constructive discharge”: his supervisors made his working conditions so intolerable that he was left with no other choice than to resign. To file a lawsuit against the federal government, Green must comply with a regulation that requires federal employees who allege that they have been discriminated against to contact an equal employment opportunity (EEO) counselor within forty-five days of “the date of the matter alleged to be discriminatory.” The dispute before the Justices next week centers on what events will start that forty-five-day clock running.

In 2008, Green – who was then serving as the postmaster for Englewood, Colorado, in suburban Denver – applied for a promotion, to the same position in nearby Boulder.  When he did not receive the promotion, Green complained to postal officials that the rejection was based on his race.

In 2009, while Green’s original complaint was pending, the Postal Service notified Green that it was investigating whether Green had engaged in other, potentially criminal misconduct – most significantly, “intentionally delaying the mail” by failing to sign and return receipts related to employee grievances in a timely manner. Green was removed from duty, and USPS supervisors suspended his pay.

A few days later, on December 16, 2009, Green and the Postal Service signed an agreement: in exchange for the Postal Service’s agreement not to pursue criminal charges against him, Green agreed to resign from his post in Englewood and either retire or take a new job, with a forty-thousand-dollar pay cut, three hundred miles away. The Postal Service allowed Green to use his accumulated leave to receive his full salary until the end of March.

On March 22, 2010, forty-one days after his resignation, Green again contacted a Postal Service EEO counselor, this time to report that he had been constructively discharged – the claim that gives rise to the case now before the Supreme Court. The question in the case is whether Green made his constructive discharge complaint within forty-five days after “the date of the matter alleged to be discriminatory.”  The court of appeals held that Green was too late because the clock started to run on the date of the “last discriminatory act” alleged by the complaint: the December 16, 2009 settlement agreement. The Supreme Court agreed to hear his case earlier this year.

In the Supreme Court, Green argues that he filed his suit in time.  He says that he resigned on February 9, forty-one days before he filed suit. As a general rule, he contends, a limitations period like the requirement of seeing an EEO counselor within forty-five days only starts to run once a plaintiff has a cause of action. For someone like Green, who is bringing a constructive discharge claim, that can’t happen until he resigns. The only exception to that rule, he adds, is when the text of the limitations provision “demonstrates a clear intent to the contrary.” And in this case it does not, because the regulation provides that the forty-five-day period begins to run when the “matter alleged to be discriminatory” – in the case of a constructive discharge, the employee’s resignation – occurs.

Starting the forty-five-day clock when the employee resigns is, Green contends, also easier to administer because it rests on a distinct and “readily identifiable event.” By contrast, he suggests, starting the limitations period when the “last discriminatory act” occurs would require courts to make difficult decisions about “which ‘acts’ are sufficiently ‘discriminatory’ to trigger the limitations period.” His rule, he continues, is also more fair for employees, who are usually neither lawyers nor represented by lawyers when they begin the administrative process, because it minimizes the likelihood that they will “unwittingly forfeit” their constructive-discharge claims by waiting too long to go to an EEO counselor. Tying the commencement of the forty-five-day clock to the employee’s resignation is also, he concludes, more consistent with the intent of Title VII of the Civil Rights, under which he filed his lawsuit, because it provides employees with an opportunity to try to resolve their disputes “without resorting immediately to resignation.”

The government agrees with the lower court that Green filed his complaint too late, but for a different reason.  It agrees with Green that the court of appeals applied the wrong legal rule, but it advances a new one, under which Green would still lose:  the forty-five-day clock starts to run when the plaintiff gives the government notice of his resignation. That notice came, the government explains, on December 16, 2009, when Green signed the settlement agreement indicating that he “agree[d] to retire from the U.S. Postal Service no later than March 31, 2010.” Nothing in the settlement agreement, the government reasons, gave Green the option not to retire; instead, the clause in the agreement requiring him to report to duty at the new and less desirable position on April 1 if he didn’t retire “merely provided for contingencies in which retirement did not happen by that date.” Using a “notice of resignation” rule also makes sense, the government argues, because it is analogous to the “easily administered date-of-termination rule that applies when” an employee is actually, rather constructively, fired.

Carroll adds that the administrative grievance process for federal employees is intentionally more stringent than for employees in the private sector, who are only required to file a charge with the EEOC. By contrast, she observes, federal employees who believe that they have been the victims of discrimination must begin with informal counseling with an EEO counselor at their agency; if the informal counseling is not successful, then the employee can file a formal administrative complaint and, if he desires, appeal to the EEOC. Linking “the limitations period to the date of resignation,” as Green argues, “would frustrate the purpose of the counseling requirement by delaying informal counseling until after the employee’s commitment to resign has passed the point of no return.” Nor is her proposed rule necessarily more difficult to administer, she contends: “applying the last-discriminatory-act rule in a constructive-discharge case requires courts to make precisely the same determination they routinely make in assessing the timeliness of other discrimination claims.”

During the same two-week stretch in which the Court hears Green’s case, the Justices will also hear oral arguments in cases involving (among other things) affirmative action and the principle of “one person, one vote.” Those cases are likely to make headlines, but Green’s case is less likely to do so. It’s not clear that whatever rule the Court selects will be particularly consequential in the long run – especially when the rules proposed by both the federal government and Carroll would (at least in this case) lead to the same result. But the Court’s decision will of course carry enormous significance to Green and others in his position in the future.