Argument preview: Justices return to dispute about government’s refusal to comply with contracts to support tribes 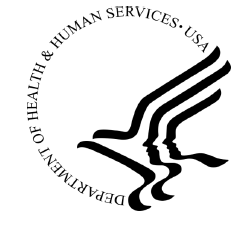 If ever a case called for pure and unfiltered judgments about fairness, it is Menominee Indian Tribe v. United States. The specific question before the Court is whether the statute of limitations of the Contract Disputes Act should have been equitably tolled to permit the tribe’s suit against the United States. The government agrees that the doctrine of equitable tolling applies, and the parties even agree (for the most part) on the legal standard: the propriety of tolling depends on both the tribe’s diligence and the extent to which extraordinary circumstances justify the tribe’s delay in filing. The only dispute is whether the reasons for the tribe’s delay justify tolling.

From a purely legal perspective on timeliness, the relevant facts are pedestrian. The case involves “Annual Funding Agreements” between the tribe and the United States for the years 1996 through 1998. The tribe first presented its claims to the government in 2005. Because the date of presentation is more than six years after the claims accrued, the claims are out of time under the Contract Disputes Act.

But what that perspective omits is the seemingly interminable dispute between the United States and the many Native American tribes entitled to payments under the Indian Self-Determination and Education Assistance Act. Those disputes arose from the federal government’s decision that it would not make support payments to the tribes notwithstanding its acknowledged execution of contracts committing it to provide those payments. Pointing to a shortage of appropriated funds, the government refused to make the full payments required under those contracts for a period of approximately fifteen years. In addition to that blunt refusal, the government also adopted a series of narrow interpretations of its obligations, which only multiplied the volume of disputes between the government and the tribes.

Aspects of the dispute have reached the Court twice previously. Both cases led to stern rebukes of the government’s actions. In 2005, in Thompson v. Cherokee Nation, the Court held that the limited appropriations did not diminish the government’s obligation for the full amount promised under the contracts. Notwithstanding that decision, the government continued to withhold payment from the affected tribes, taking the view that limiting language in the contracts and relevant appropriate statutes excused it from its obligation to pay the tribes. The Court returned to the topic in 2012 in Salazar v. Ramah Navajo Chapter, in which it repeated and extended its holding in Thompson that the government was obligated to the full extent of its contractual promises.

So it is against that backdrop that the tribe pleads for equitable tolling. Basically, the tribe has to explain the time from 1998 to 2005, which it attempts to do for much of that period by pointing to class actions that seemed to cover these claims – the litigation that led to the Court’s decision in Cherokee Nation. Because the tribe accepted the advice of the class’s counsel that the class actions covered its claims, the tribe did not present its claims separately to the government. At the time, that seemed a sensible approach; the only court to address the point at the time held that the tribes did not need to present individual claims to participate in the class, because the government’s refusal to pay turned on a general legal question as to which the individual facts were wholly irrelevant.

In 2001, though, the district court denied the motion for class certification in Cherokee and also rejected the Cherokee claim on the merits. Because the Cherokee plaintiffs did not appeal the class certification ruling, it was clear from 2001 that the tribe would have to litigate its claims on its own behalf, if at all. In the face of decisions rejecting the claims from the Ninth and Tenth Circuits, the tribe decided not to proceed to litigation. (Perhaps it is relevant that the tribe’s budgeting problems during this period were exacerbated by the government’s continuing refusal to provide the payments required under the contracts.) The tribe did not proceed to litigation until the fall of 2005, shortly after the Supreme Court’s decision in Cherokee rejected the lower court rulings and vindicated the rights of the tribes to receive payments under the contracts.

On one level at least, the government’s position is powerful. Even if we put the technicalities of the class-action litigation aside, it is undisputed that the tribe sat on its hands from 2001 to 2005 based almost entirely on the view that the case was too weak to justify the expenditure of the funds required to pursue it. That fact ordinarily would make equitable tolling all but impossible. Of course, if the tribe is correct that the class action tolled the statute of limitations throughout its pendency, then the tribe’s 2005 complaint would be timely, because the time from 2001 to 2005 is less than the limitations period under the Contract Disputes Act.