Argument analysis: Limiting a search? Sure, but how?

Trying to imagine all of the things that an individual might keep stored on a cellphone, and trying to decide how much privacy — if any — each item ought to have, the Supreme Court on Tuesday reached for a new digital-age constitutional formula for police searches of those ubiquitous devices, but found that maddeningly elusive.

Two hours of argument, one each on two different generations of cellphone technology, left the strong impression that the Justices would stay away from flat rules: either that police can always search any such device that they take from an arrested person, or that they could not search its contents at all.

But, as Justice Anthony M. Kennedy said in the first argument, in Riley v. California, what the Court was seeking was “some standard on where we draw the line.” 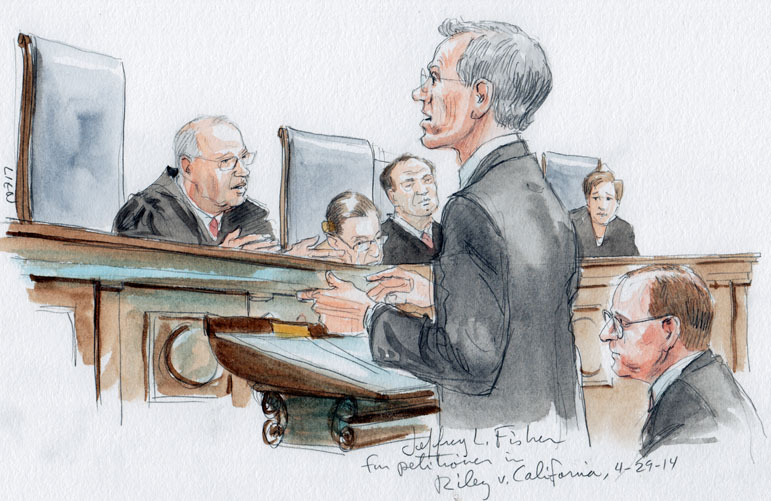 But, as the discussion went on, it seemed that there were two lines that would have to be drawn:  one, to define the kind of cellphone contents that were so private that they would be insulated from search; and, second, to define the limits of a search warrant so that the police stayed away from what was private.

The Justices seemed well aware that, even if they somehow were able to craft some Fourth Amendment limitations on searching cellphones, they still would have real difficulty in implementing those limits by telling a magistrate how to write a search warrant to guide the police.  “A warrant for what?” Justices Ruth Bader Ginsburg and Antonin Scalia both asked.

“What would police have to show [to get a warrant]?” Ginsburg added.

Although there was a lot of talk about how to figure out what most cellphone users believed should be private among the contents on their devices, there did seem to be a rough consensus that they do believe that, to some hard-to-define degree.

Several Justices, including Elena Kagan and Sonia Sotomayor, suggested that cellphones now contain data “about one’s whole life,” including its most intimate details.  Chief Justice John G. Roberts, Jr., however, wondered how private some contents would be if it were passed out to the public via a social network like Facebook.

Stanford law professor Jeffrey L. Fisher, arguing in the Riley case, appeared to have considerable success with his argument that smartphones and their “digital information” were somehow different from other objects that police might take from an arrestee.  The problem, though, was how the Justices decide what is different about them, constitutionally. 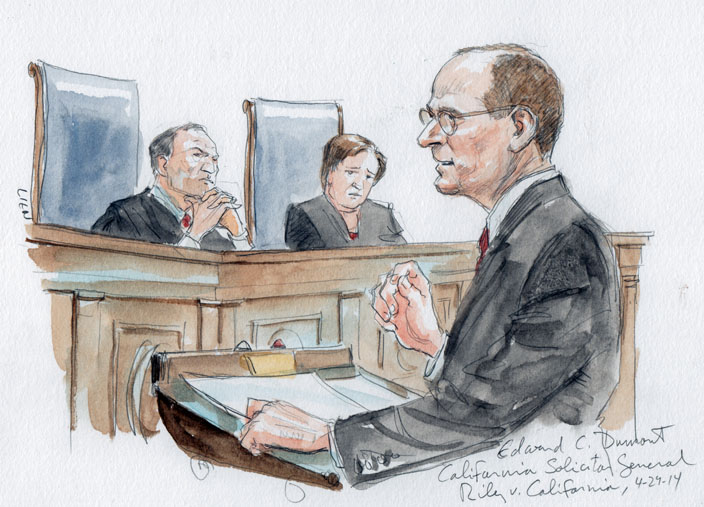 Even so, Fisher’s argument created an atmosphere in which it was harder for his two government opponents — California Solicitor General Edward G. DuMont and Deputy U.S. Solicitor General Michael R. Dreeben — to press their argument that the Court should apply a categorical rule that police do not need a warrant to inspect a cellphone seized from a suspect.

DuMont tried to stick with that argument in the face of skepticism from the bench, including a complaint by Justices Ginsburg and Elena Kagan that his approach would allow a wholesale search of anyone arrested for any crime, even if it were no more serious than a traffic violation.

Dreeben, however, sensed the Court’s skepticism, and was ready with some “limiting principles” that might leave police with general authority to search contents, if the crime were a serious one and if there were good reason to believe that searching a particular “app” on a cellphone would likely be evidence of the crime for which that individual had been taken to the police station. 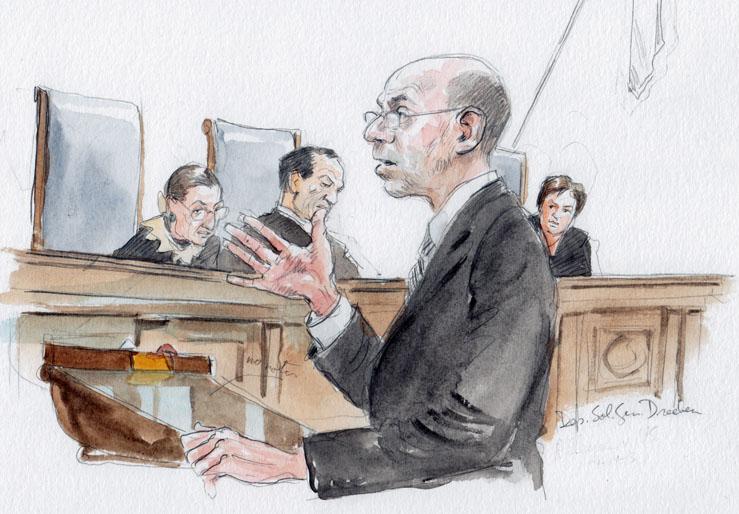 Fisher, trying to steer the Court away from leaving too much to the police to judge, said there were real problems in having a constitutional regime that proceeded “app by app” to define privacy.  Although he would prefer a warrant requirement as a general rule, he did suggest that there might be “exigent circumstances” that would enable police to inspect a cellphone without one.  But the Court had just as much difficulty defining such circumstances as it did answering the questions about what is private and what a warrant would say.

Although it did not come out really plainly in the argument, the Court did seem to sense that there were greater risks to cellphone privacy in the case of a modern smartphone — the kind of device involved in Riley — and a somewhat dated model, the “flip phone,” which is the device at issue in the second case Tuesday, United States v Wurie.

In fact, in a potentially significant exchange in the Riley case, Justice Kennedy asked Fisher whether the Court could rule against the privacy claim in the Wurie case and still find a way for Riley to win in his case.  That presumably was based upon the possibly vast difference in the capacity of a smartphone and a flip phone.

In the Wurie case, the police obtained a lot less information about the suspect in that case from his smartphone than the officers did in the Riley case.  And, in Tuesday’s second argument, the government lawyer, Dreeben, appearing again, seemed to have had to exert little effort to build support on the bench for his argument, while his opponent, Judith H. Mizner, an assistant federal public defender in Boston, delivered a rather meandering argument that drew little notable support from the bench. 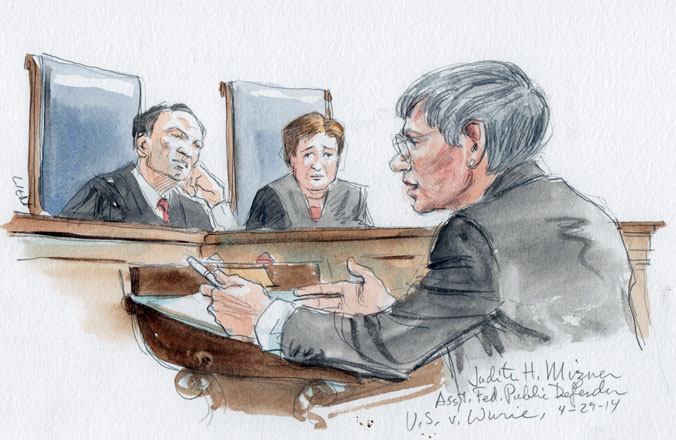