Argument preview: Justices to open can of worms in dispute over rights to “Raging Bull” 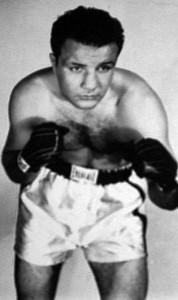 If the Justices have read any of the overwhelmingly negative commentary about their opinions in eBay v. MercExchange, they will tread cautiously before writing anything about general principles of equitable relief in this week’s copyright dispute – Petrella v. Metro-Goldwyn-Mayer, Inc. The specific issue about which they will tread softly this time is whether the defense of “laches” applies in copyright cases.

The facts are simple.  Many years ago (in the 1960s) one or more people, including one Frank Petrella, wrote a screenplay about the boxer Jake LaMotta.  Later collaborations led to a book and another screenplay and, eventually, a contract transferring the copyright to the predecessor of MGM.  That contract led to the enormously successful 1980 movie Raging Bull. Petrella died in 1981, too soon to appreciate the acclaim for the movie.  Under an oddity of copyright law, it is at least arguable that some of the rights granted to MGM’s predecessor returned at Petrella’s death to his daughter (his sole heir).

Almost thirty years later, in 2009, the daughter filed suit against MGM alleging that its continued exploitation of her father’s work violated the copyright she gained in those works upon his death. Because the statute of limitations in copyright cases is three years, she sought damages limited to the use of the movie during the three years immediately before her complaint, as well as an injunction against further use. The sole issue in the case is whether the long delay in filing suit is a justification for dismissing her suit out of hand (the view of the Ninth Circuit).

Petrella presents a powerful and austere argument worthy of Justice Scalia at his most forceful.  In her view, because Congress has passed a statute designating three years as the statute of limitations, courts have no power to dismiss as untimely an action filed within the three-year period. Although the argument is well-developed and cannot be faulted for its internal logic and coherence, the power of the other briefs makes it difficult to accept that the Court as a whole will dispose of the case so simply.

The first problem is that the Solicitor General, who files in support of reversal, provides only the faintest of support.  The Solicitor General agrees that the Ninth Circuit was too harsh in dismissing her suit out of hand.  Still, it argues that laches does apply, albeit only to limit remedies at the end of the case, not to justify dismissal on the pleadings. Indeed, the government also argues that laches can bar equitable claims.  Thus, it supports Petrella only with respect to damages.

The situation gets worse for Petrella with the brief of prominent remedies scholars filed by Doug Laycock, Mark Gergen, and Doug Rendleman.  They offer no view as to affirmance or reversal, but provide a compelling argument that Congress legislates against the background of equitable principles and should not be presumed to discard them by silence. Thus, they propose a baseline directly contrary to Petrella’s:  laches should apply unless Congress removes it by legislation.

To give bite to their doctrinal position, they emphasize the differing structural roles of statutes of limitation (which respond to delay alone) and laches (which responds to the combination of unjustified delay and prejudicial reliance). They also argue forcefully that at this late date it makes little sense to have a different rule for “legal” and “equitable” relief; they offer the doctrine of equitable estoppel as a possible solution that plainly has been available for both types of claims.  Finally, although it has limited relevance to this case, they offer a scathing critique of the analysis of eBay and the problems it has led to in the lower courts.  Given Laycock’s frequent and effective appearances before the Court, together with the prestige of the authors as scholars of remedies, it is safe to assume the Court will take this brief – to which this summary does not do justice — seriously.

When we finally get to Ted Olson’s brief for MGM, we see a frame of analysis that is (not surprisingly) quite similar to the brief of the scholars.  He seconds the idea that laches should be the baseline (included in every statute unless specifically excluded) and also agrees that it should apply to both legal and equitable relief.  The biggest problem with his presentation is that he has little answer to the scholars’ suggestion that MGM well may have failed to show prejudicial reliance in the relevant sense – investment related to the three-year period for which Petrella is suing.

This is an odd case, because it is one in which a quick reading of the briefs suggests that the Court is unlikely to do what either party wants.  It seems unlikely that it will adopt the stark “no-laches-at-all” rule Petrella proffers, but at the same time it seems unlikely to accept the cursory analysis of the Ninth Circuit to justify dismissal of her case at the pleading stage.  One possibility is that the Court might dismiss the writ as improvidently granted; it is apparent that Petrella’s arguments in the Court have shifted considerably from her arguments below.  Another possibility is that the Justices will adopt some intermediate position, perhaps resembling either the relatively blunt law/equity distinction proffered by the government or the nuanced fact-laden position offered by the scholars.  Either of those approaches likely would lead to reversal and remand to the Ninth Circuit (where Petrella of course might still prevail).  In any event, if the Justices are as engaged as they usually are in this kind of case, the argument should be exciting.

Recommended Citation: Ronald Mann, Argument preview: Justices to open can of worms in dispute over rights to “Raging Bull”, SCOTUSblog (Jan. 17, 2014, 10:28 AM), https://www.scotusblog.com/2014/01/argument-preview-justices-to-open-can-of-worms-in-dispute-over-rights-to-raging-bull/