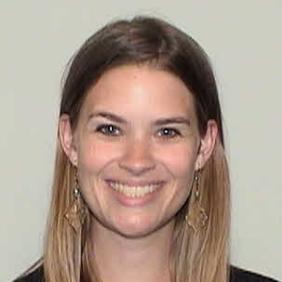 The petitions of the day are:

Issue: (1) Whether, once an agency has identified absurd results produced by its construction of a complex statutory scheme as a whole, the agency may deem the identified absurdity irrelevant to the construction of some individual provisions within the scheme and a justification for rewriting others; (2) whether the EPA’s determination that greenhouse gases “may reasonably be anticipated to endanger public health or welfare” and otherwise are regulable under Section 202(a)(1) of the Clean Air Act, 42 U.S.C. § 7521(a)(1), was “not in accordance with law” or was “arbitrary, capricious, [and] an abuse of discretion,” § 7607(d)(9)(A); and (3) whether the EPA incorrectly determined that all “air pollutants” regulated by the agency under the Clean Air Act’s motor vehicle emissions provision, 42 U.S.C. § 7421(a)(1), must also be regulated under the Act’s Prevention of Significant Deterioration of Air Quality and Title V programs when emitted from stationary sources.

Issue: (1) (a) Whether the EPA’s Tailoring Rule violates the Clean Air Act by replacing Congress’s unambiguous numerical permitting thresholds with criteria of the EPA’s own choosing, and (b) whether the D.C. Circuit improperly ducked this question on Article III standing grounds; (2) whether Congress authorized the EPA to regulate greenhouse gas emissions from stationary sources, given that the Clean Air Act imposes permitting thresholds that are absurdly low if applied to carbon dioxide; and (3) whether Massachusetts v. EPA should be reconsidered or overruled in light of the absurd permitting burdens that follow from treating carbon dioxide as an air pollutant under the Clean Air Act.

Issue: (1) Whether the EPA may exert authority over greenhouse gas emissions under the Clean Air Act where (a) the EPA acknowledged that its interpretation of the Act is fundamentally inconsistent with both the express terms of the Act and the manifest intent of Congress and would lead to results that are “absurd” and “impossible” to administer, (b) there exist reasonable alternative interpretations of the Act that do not create such conflicts and absurd results, and (c) the EPA’s action was based on an irrational claim of scientific certainty in the face of ample contradictory and equivocal evidence in the rulemaking record; (2) whether, having adopted an “absurd” and “impossible” interpretation of the Act, the EPA may then rewrite the statutory requirements of the CAA to substitute its own preferred “tailored” regulatory regime for stationary greenhouse gas emissions in order to avoid the absurd and impossible results of its own making; and (3) whether the EPA’s administrative “tailoring” of the Act to avoid the absurd results of its own interpretation is beyond judicial review on the ground that no party has standing to challenge the assumed administrative power to relax statutory requirements.

Issue: (1) Whether the Court of Appeals erred in determining that regulating stationary-source greenhouse-gas emissions under the Clean Air Act’s Prevention of Significant Deterioration (PSD) program, and an associated program known as “Title V,” is statutorily required as a matter of aChevron “step-one” legislative command; (2) whether, in determining that the Clean Air Act unambiguously requires application of the PSD program to greenhouse gases, the Court of Appeals and the EPA ignored required elements of statutory construction in cases of this type by failing to examine whether the various statutory components of that program were contradicted, nullified, or otherwise contravened by application to greenhouse gases, and, further, without considering whether alternative mechanisms exist for regulating stationary-source greenhouse-gas emissions under the Act that better serve the statute’s dual concerns with the economy and the environment; and (3) whether a claimant may be barred from asserting a claim that applying the PSD program to greenhouse gases is not authorized by the Act because the claimant, or other large emitters of conventional pollutants, did not assert that claim at the time EPA promulgated decades-old regulations that involved conventional pollutants only, when, first, the claim at issue is uniquely and entirely limited to the application of the statute to greenhouse gases, and, second, the Agency, in any event, itself has modified the regulations to reflect a unique greenhouse-gas-specific definition of the key statutory term.

Issue: Whether the Clean Air Act and this Court’s decision in Massachusetts v. EPA prohibit the Environmental Protection Agency from considering whether regulations addressing greenhouse gases under Section 202 of the Act would meaningfully mitigate the risks identified as the basis for their adoption.

Issue: Whether the EPA properly interpreted Part C of the Clean Air Act, requiring a pre-construction permit for a “major emitting facility . . . in any area to which this part applies,” 42 U.S.C. § 7475(a)(1), to apply to facilities emitting “any regulated air pollutant,” when the EPA’s interpretation concededly produces absurd results, requiring (in the agency’s view) that it rewrite separate statutory thresholds, and when an alternative construction—applying the provision only to sources of National Ambient Air Quality Standards (NAAQS) pollutants subject to Part C—would avoid those results and would not require rewriting the statute.

Issue: (1) Whether Virginia and other petitioners below demonstrated that there was evidence of central relevance to the EPA’s Endangerment Finding not available during the comment period such that the Administrator was obligated to convene a proceeding for reconsideration with procedural rights of notice and comment; (2) whether the EPA correctly applied the standard for demonstrating central relevance; (3) whether the EPA erred when it found the objections material enough to require resort to extensive new evidence outside of the record while denying the rights of notice and comment on that evidence; and (4) whether the EPA erred initially and on Petition for Reconsideration by delegating its Statutory Authority to outside entities.

Issue: (1) Whether Massachusetts v. EPA compelled the EPA to include greenhouse gases in the Clean Air Act’s Title I prevention of significant deterioration (PSD) and Title V stationary-source permitting programs when inclusion of greenhouse gases would (i) transform the size and scope of these programs into something that the EPA found would be “unrecognizable to . . . Congress,” and (ii) expand the PSD program to cover a substance that does not deteriorate the quality of the air that people breathe; and (2) whether dismissal of the petitions to review the EPA’s greenhouse gas permit-program rules was inconsistent with this Court’s standing jurisprudence where the panel premised its holding that standing was absent on its merits holding that greenhouse gases are regulated pursuant to automatic operation of the Clean Air Act.