Argument preview: Court to weigh in on how to calculate â€œprojected disposable incomeâ€ during bankruptcy 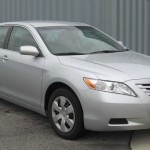 On Monday, in Ransom v. MBNA, American Bank, N.A., the Court will hear oral argument in a case involving whether, in calculating a Chapter 13 debtorâ€™s â€œprojected disposable incomeâ€ during the period of a bankruptcy plan, the debtor may deduct â€œownership costsâ€ for his car even though the car is already paid for.Â  M. Jonathan Hayes of the University of West Los Angeles School of Law previews the case for the American Bar Associationâ€™s PREVIEW of U.S. Supreme Court Cases; the ABA has generously agreed to share some of its previews â€“ which are authored by practitioners and scholars in the field â€“ with SCOTUSblog.Â  You can read Professor Hayesâ€™ preview here; PREVIEWâ€™s website is here.