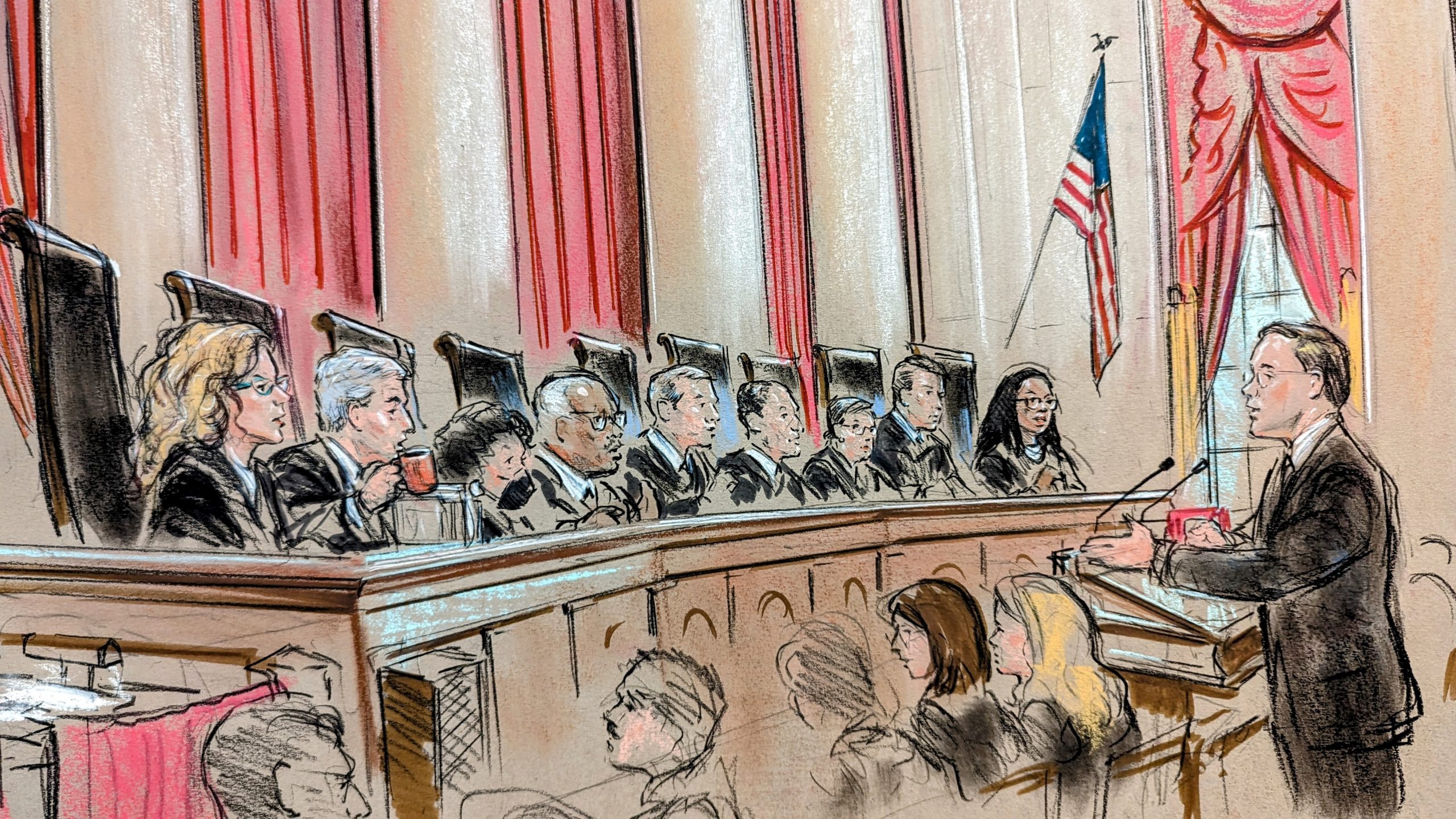 Mark Harris argues for the Financial Oversight and Management Board for Puerto Rico. (William Hennessy)
Share

Wednesday’s argument in Financial Oversight and Management Board for Puerto Rico v. Centro de Periodismo Investigativo set a new standard for scattershot: The discussion meandered through a wide variety of threshold questions but never actually reached the question on which the justices granted review.

At bottom, the case is a public-records dispute. Centro de Periodismo Investigativo is a Puerto Rican media nonprofit. The Financial Oversight and Management Board is an entity created under a 2016 federal statute (PROMESA) to take control of and restructure the finances of Puerto Rico. Centro for several years has been trying to get access to documents about the board’s operations. A provision of Puerto Rico’s constitution would obligate Puerto Rico itself to provide those documents, but the board has been arguing that sovereign immunity protects it from that request. When the U.S. Court of Appeals for the 1st Circuit held that PROMESA abrogated the board’s sovereign immunity, the justices agreed to review that question. 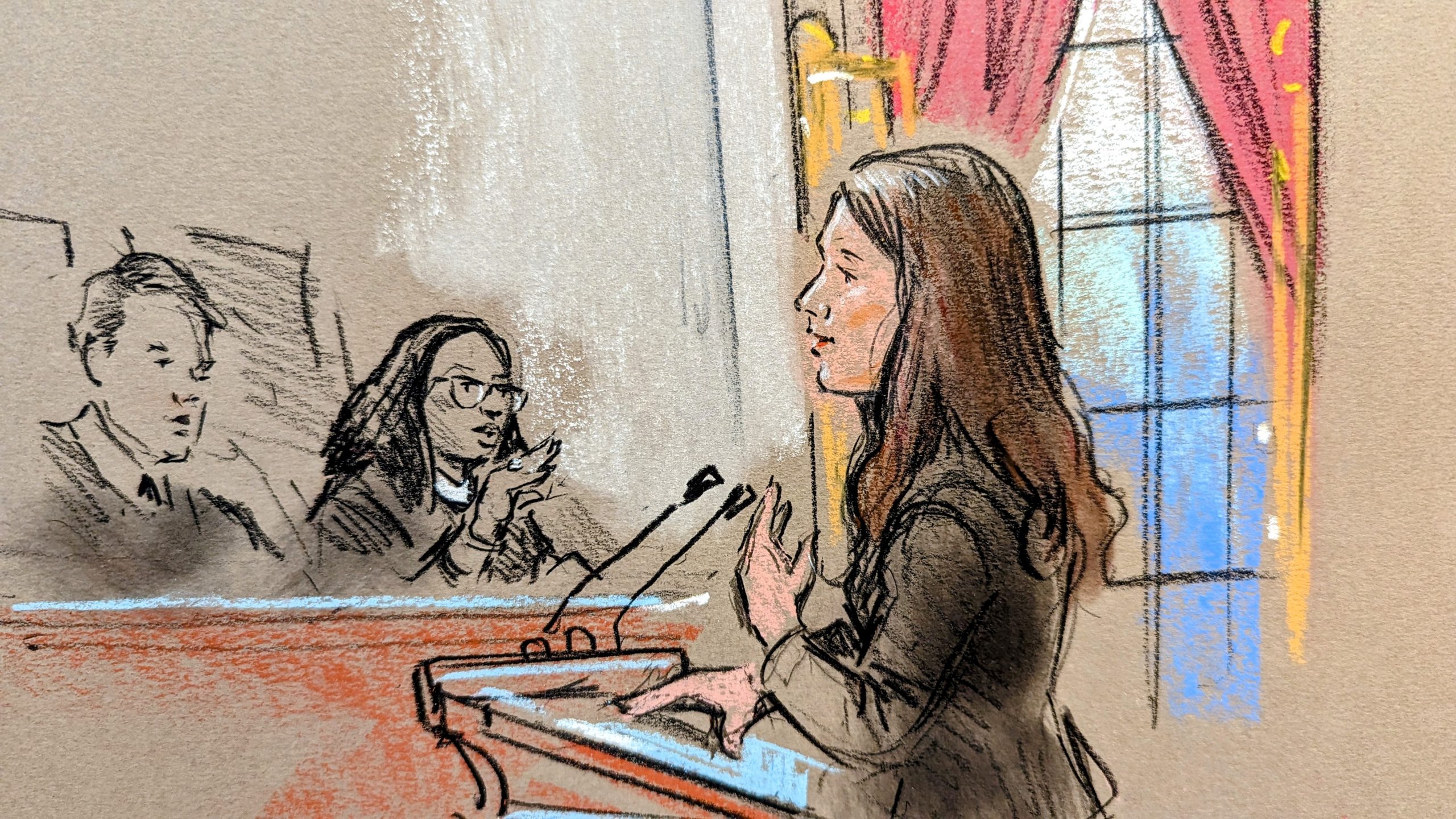 For somewhat different reasons, federal statutes thought to waive the sovereign immunity of states are read through the lens of a similar clear-statement rule. In that case, the 11th Amendment protects states from suits brought in federal court by citizens from other states; the justices have extended that to include suits brought by any private party (including a state’s own citizens) on the theory that the “Plan of the [Constitutional] Convention” implicitly extended the preexisting immunity that the states enjoyed before they came together to form the United States. Indeed, some of the justices think that the Constitution quite narrowly limits congressional power to abrogate that immunity – occasionally the court invalidates a statute that abrogates state sovereign immunity as intruding unduly on the position of the states in the federal union.

None of those rules protect Puerto Rico, a territory – neither a state nor the United States itself. The court’s cases have said nothing at all recently and nothing ever with great clarity about the sovereign immunity of territories. To the extent the Constitution says anything, it suggests that Congress has plenary control over the territories. Moreover, even if the court had treated territories as falling under the cases involving states, the application of those cases to the board would be dubious, because the board is an odd entity – created not by Puerto Rican law, but rather by a federal statute that placed the board within the local Puerto Rican government.

A fair summary of the situation, then, is that reasonable minds could differ as to whether the board has sovereign immunity at all, and if the board does have it, nobody could state with any certainty what the source of that immunity is: It could come from PROMESA, principles of the Puerto Rico constitution might grant sovereign immunity implicitly, or it could come from some more general body of law recognizing the immunity of sovereigns.

To the frustration of the advocates in Wednesday’s argument, that topic was much more interesting to the justices than the question whether PROMESA provides a clear statement abrogating the board’s sovereign immunity. For example, Justice Clarence Thomas started the discussion by asking Mark Harris (appearing on behalf of the board) to “tease out a bit your basis for a territory having sovereign immunity.” Even more pointedly, Thomas later in the argument asked Aimee Brown (appearing on behalf of the federal government) “do you have a case in which a territory has been granted or been said to have had sovereign immunity in another sovereign’s courts?”

Chief Justice John Roberts followed Thomas’s line of inquiry, commenting that most of Harris’s cases involve “the sovereign immunity of states” and that he “wonder[s] if Puerto Rico’s situation … is significantly different.” For him the question “would not be the extent to which the Constitution recognized [Puerto Rico’s] existing sovereignty,” bur rather whether “the Constitution in any way confer[red] sovereignty.” On that point, for Roberts, it seemed that “the plan of the Convention was to cover the territories with plenary authority on Congress’s part, not with any notion of sovereignty.”

Some of the justices doubted the propriety of addressing the immunity question. Justice Ketanji Brown Jackson, for example, pointed out that the petition presented a question about jurisdiction, which the justices declined to review. For her at least, the question already was behind them. Another voice against considering the question was Justice Sonia Sotomayor, who suggested that Puerto Rico’s absence made this a poor vehicle for considering its sovereign immunity. Pursuing that line of thought, she asked Brown to identify any “case in which we’re deciding the sovereignty of an entity where that entity is not before us.”

On the other side of the question were Justices Elena Kagan and Neil Gorsuch. Kagan suggested it would make little sense to rule in favor of the board on the immunity question without considering the predicate question of whether it has immunity at all. As she quipped: “Usually we assume a question and then we say, well, we’re going to assume this because, anyway, you lose on a different ground. You want us to do something different. You want us to assume the immunity question only to say, well, you win with respect to [whether PROMESA] abrogate[ed]” the board’s immunity. Gorsuch’s take on the problem was that it would be “a particularly odd circumstance to assume” that the board had immunity, given the typical treatment of “sovereign immunity as an affirmative defense, the burden [of which] would be on the [board].” 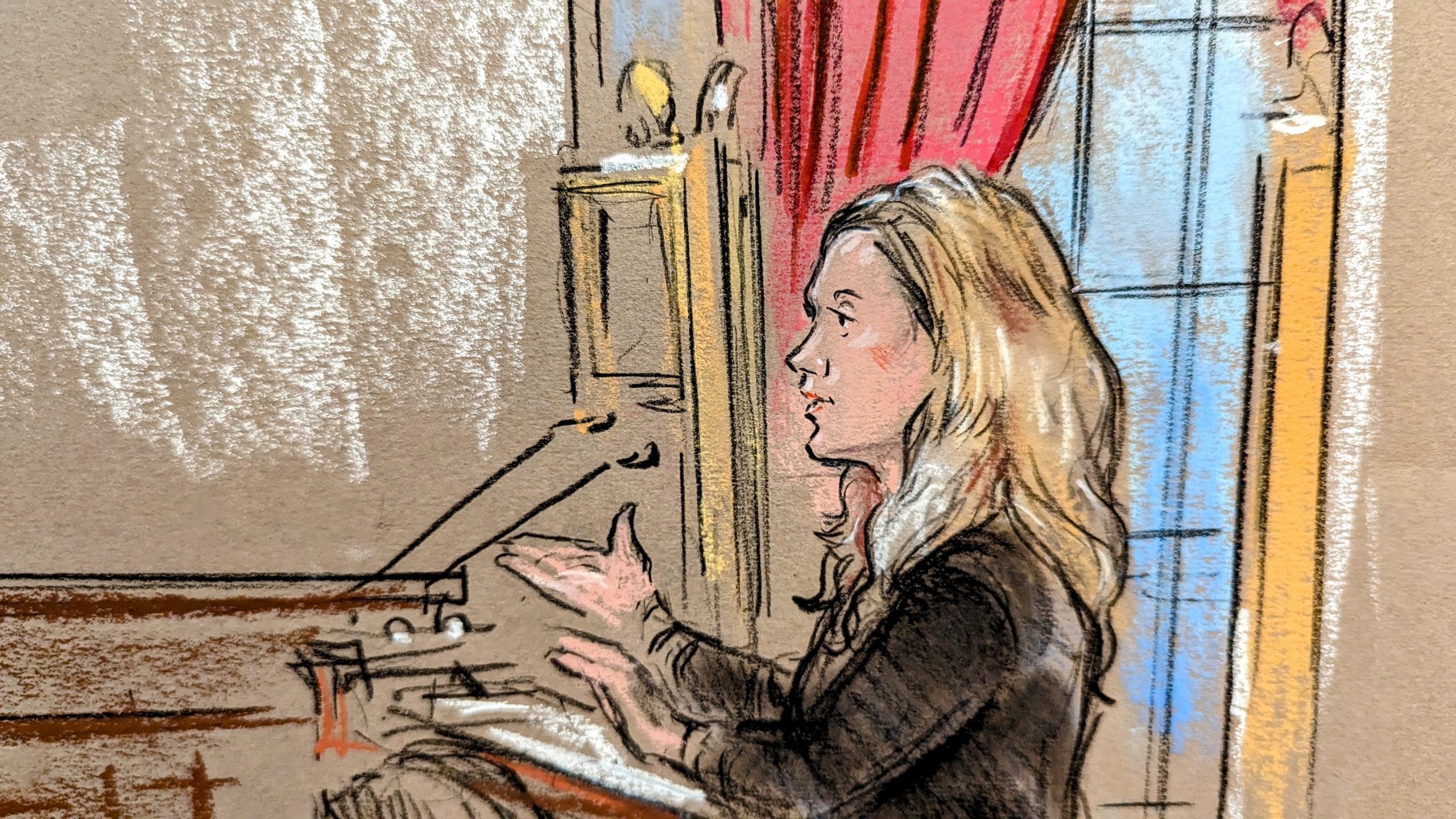 Later in the argument, with Sarah Harris at the podium on behalf of Centro, the discussion devolved into a general debate about different strategies for disposing of the case without resolving it. Justice Amy Coney Barrett, for example, suggested that the justices “just vacate and remand to the [court of appeals].” She suggested that “you raise good points [and] the government’s raised good points on this common law immunity question and the question of whether territories have it. … Why not let the [lower court] do it?”

Harris responded by suggesting that it might make more sense simply to dismiss the case as improvidently granted, without resolving it, but Sotomayor strongly objected, explaining her view that it would be much better for the justices to “note the differences here [and] address the question presented,” but then “remand for consideration of the other issues,” so that lower courts would recognize the “open questions” that “should be reviewed or looked at.”

An argument in which none of the justices spent any time considering the question presented provides little guidance about a likely outcome. The most that can be said, perhaps, is that several of the justices have serious doubts about the board’s sovereign immunity, and it seems likely that at least one of them will note those doubts in some form of opinion.