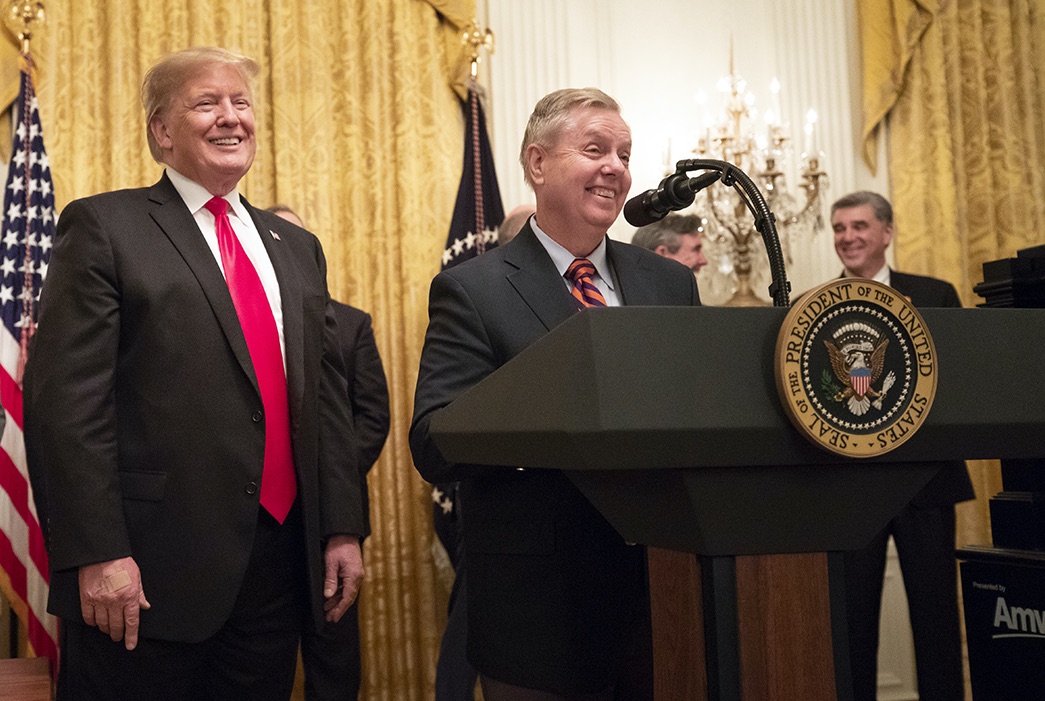 Update (Oct. 24, 12:45 p.m.): This article has been updated to reflect developments over the weekend and on Monday.

Sen. Lindsey Graham, a Republican from South Carolina, asked the Supreme Court on Friday to block a Georgia grand jury from questioning him about phone calls after the 2020 election to Georgia Secretary of State Brad Raffensperger and his staff. Fulton County District Attorney Fani Willis wants to ask Graham about the calls, in which he allegedly discussed the state’s absentee-ballot process and allegations of voter fraud, as part of her investigation into possible election interference by former President Donald Trump and his allies.

Democrat Joe Biden won Georgia by a narrow margin in 2020. In a January 2021 conversation with Raffensperger, Trump claimed that voter fraud was rampant in the state and suggested that he had won by a half-million votes. Trump urged Raffensperger to “find” enough votes to give him a victory in Georgia.

After Willis’ office issued a subpoena for Graham’s testimony in August, Graham transferred the dispute over efforts to obtain his testimony to federal court. He argued that the Constitution’s “speech or debate” clause protects him from having to testify. That clause shields members of Congress from facing questions about their “speech or debate.”

A federal district court in Georgia ruled that Graham could not be questioned about portions of the calls in which he was asking questions related to the certification of the 2020 election. But he could be questioned about other topics, such as his purpose in raising the issues and his communications with the Trump campaign. When the U.S. Court of Appeals for the 11th Circuit declined to block Graham’s testimony, Graham came to the Supreme Court.

Represented by Don McGahn, who served as White House counsel to Trump, Graham contended that under the speech or debate clause, he cannot be questioned about his calls to Raffensperger and his staff, because the calls were part of his work as a senator – for example, the upcoming vote on whether to certify the 2020 election and his role as the chair of the Senate Judiciary Committee, which considers issues relating to elections. If his testimony is not put on hold, Graham argued, he will have no remedy for the constitutional violation that he will suffer: requiring him to testify despite the speech or debate clause.

Graham’s request went initially to Justice Clarence Thomas, who fields emergency appeals from the 11th Circuit. On Saturday, Thomas directed Willis’ office to file a response to Graham’s request by 5 p.m. EDT on Thursday, Oct. 27. On Monday morning, Thomas issued an order known as an “administrative stay”: He temporarily put on hold the lower-court order requiring Graham to testify to give the court time to consider and rule on Graham’s appeal — presumably sometime after Thursday evening.