Justices curtail ability to get discovery in U.S. court for use in international arbitrations 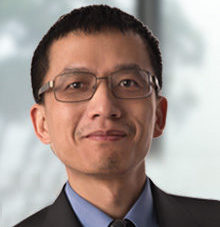 In a decision that was much anticipated in the international business community, the Supreme Court on Monday clarified the scope of 28 U.S.C. § 1782, which allows an interested party to obtain discovery in the United States “for use in a proceeding in a foreign or international tribunal.” The court unanimously held in ZF Automotive US, Inc. v. Luxshare, Ltd. and AlixPartners, LLP v. Fund for Protection of Investors’ Rights in Foreign States that only a governmental or intergovernmental body with adjudicative authority is covered by Section 1782. As a result, Section 1782 is no longer available for use in private commercial arbitration proceedings. The court also held that the specific investment treaty arbitral panel at issue in AlixPartners is beyond the scope of Section 1782, but it apparently left the door open for Section 1782 to reach some types of public law international arbitration proceedings.

The relatively short 17-page opinion by Justice Amy Coney Barrett offered four principal reasons for the court’s narrow interpretation of Section 1782. First, the court engaged in a textual analysis. Barrett acknowledged that the word “tribunal” could mean more than a formal court and that there is no obvious textual reason to exclude private arbitration proceedings from its coverage. She also acknowledged that the word “foreign” does not necessarily refer to a foreign government. But a single word is not by itself dispositive and the “context” of Section 1782 points to the other direction. Specifically, the court said that because the world “tribunal” has “potential governmental or sovereign connotations,” when it is modified by the world “foreign” the phrase “foreign tribunal” should naturally refer to a tribunal of a foreign nation, not a tribunal in a foreign nation. For example, the court explained, the phrase “foreign leader” is generally understood to mean the leader of a foreign government, not the leader of a private club located outside the United States.

Second, the court discussed the purpose of Section 1782. The court focused on the fact that the “animating purpose” of Section 1782 was comity. Congress wanted to promote respect for foreign governments and to encourage reciprocal discovery assistance for U.S. legal proceedings. The court did not see how providing discovery assistance to private bodies would serve this purpose.

Third, Barrett relied on legislative history and internal text for her conclusion. Prior to enacting Section 1782, Congress asked an outside commission to study cross-border discovery. The congressional instruction to the commission was to review the provision of assistance to “foreign courts and quasi-judicial agencies.” There was no mention of private tribunals. Moreover, Section 1782 itself provides that the procedure used to take the evidence “may be in whole or part the practice and procedure of the foreign country or the international tribunal.” This provision makes sense only if a “foreign tribunal” is a tribunal of a “foreign country.”

Fourth, the court referred to the need to interpret Section 1782 in harmony with the Federal Arbitration Act, which authorizes discovery in domestic (i.e., United States) arbitration proceedings only in narrow circumstances. Construing Section 1782 to reach foreign arbitrations would create a “notable mismatch between foreign and domestic arbitration.” Quoting the U.S. Court of Appeals for the 7th Circuit, Barrett concluded “[i]t’s hard to conjure a rationale for giving parties to private foreign arbitrations such broad access to federal-court discovery assistance in the United States while precluding such discovery assistance for litigants in domestic arbitrations.” This “mismatch” issue was addressed in the parties’ written briefing, but it was alluded to only in passing during oral argument. In my view, this is the most powerful reason not to include foreign arbitrations in Section 1782 discovery. Proponents of an expansive view of Section 1782 were not able to provide a compelling reason to justify the serious mismatch that would flow from their position.

With this new “governmental authority” test, it was straightforward to conclude that the private arbitration panel at issue in ZF Automotive was outside the scope of Section 1782. There can be no plausible argument that a private panel created by a private contract between private parties exercises such official authority. The ad hoc arbitral panel at issue in AlixPartners presented a “harder question.” After all, the arbitration was made possible because of a treaty between Russia and Lithuania, and Lithuania (as a sovereign country) was a party to the arbitral proceeding. But the court concluded that the test is “[d]id these two nations intend to confer governmental authority on an ad hoc panel formed pursuant to the treaty?” The answer is no, because the treaty itself did not create the panel, the panel was not associated with either government, and the Fund could have pursued its claims against Lithuania in multiple venues. The inclusion of domestic courts of both countries as one option undercut the contention that the arbitration panel had governmental authority. It could adjudicate the dispute because Lithuania and the Fund consented to the arbitration, not because the governments of Russia and Lithuania conferred the panel with the requisite governmental authority. In a footnote, the court compared the investor-state arbitration process against the process provided by the Russia-Lithuania treaty for resolving state-to-state disputes. The latter process “reflects a higher level of governmental involvement.” The court expressly noted that a differently structured public law arbitral tribunal may be within the scope of Section 1782.

During oral argument, Justice Stephen Breyer looked for a way to reconcile the views of the Biden administration, which argued that neither tribunal was covered by Section 1782, with the draft Restatement of the U.S. Law of International Commercial and Investor-State Arbitration, which took the opposite approach. But the opinion did not undertake this exercise. The court aligned itself with the administration’s position but did not acknowledge that position beyond a passing citation to its amicus brief. There was no discussion of any special deference owed to the executive branch because the disputes implicated foreign relations. And the opinion did not refer to the position of the draft Restatement, let alone explain why it rejected the scholarly consensus.

With this unanimous decision, the Supreme Court created a bright line and foreclosed the possibility of using Section 1782 to obtain discovery in private commercial arbitrations abroad. This resolved a circuit split and brought much needed certainty to the international business community and their legal advisers. Before this decision, Section 1782 discovery was available for private commercial arbitrations in the 4th and 6th Circuits whereas the 2nd, 5th, and 7th Circuits ruled out such availability. District courts in other circuits were divided. That confused landscape provided an incentive for forum shopping.

On the other hand, until this decision, investor-state arbitrations had been eligible for Section 1782 discovery assistance across the country and there was no circuit split on that question. Going forward, a party seeking Section 1782 discovery for such proceedings will face a much steeper climb. But it is still possible to establish that a specific investor-state arbitral panel is “clothed … with governmental authority.” Much will depend on the text of the treaty, the intent of the governments that signed the treaty, the composition of the specific panel, and the panel’s operational mechanics. For example, a reasonable case can be made that panels constituted by the International Centre for Settlement of Investment Disputes (under the auspices of the World Bank), which adjudicate a large volume of international investment cases, are “international tribunals” that exercise governmental authority under the parameters set forth by the court. This question is likely to be tested soon in lower court litigation and may generate conflicting decisions.

Recommended Citation: Minyao Wang, Justices curtail ability to get discovery in U.S. court for use in international arbitrations, SCOTUSblog (Jun. 17, 2022, 11:20 AM), https://www.scotusblog.com/2022/06/justices-curtail-ability-to-get-discovery-in-u-s-court-for-use-in-international-arbitrations/