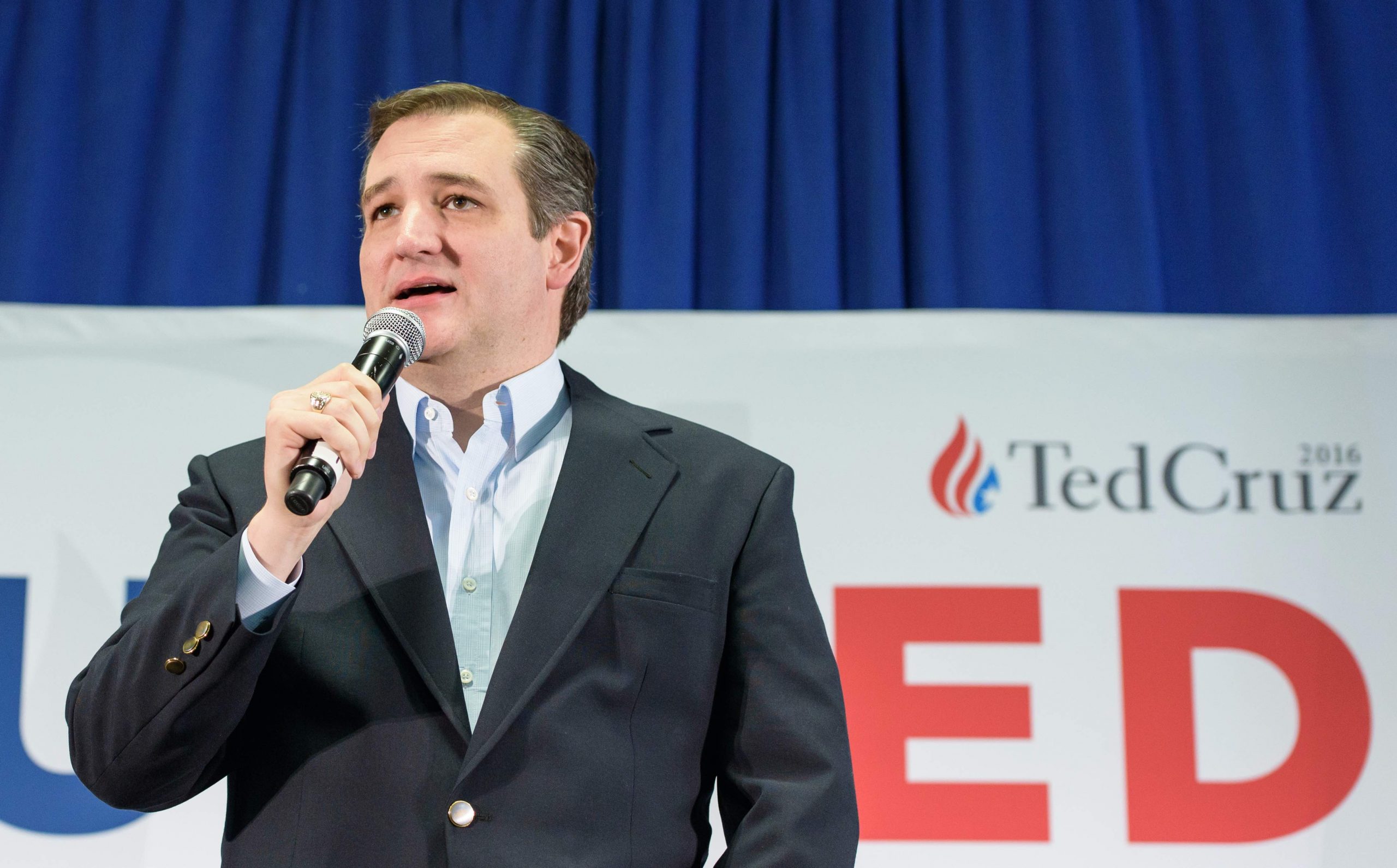 Sen. Ted Cruz speaks at a campaign event in 2016. The Supreme Court agreed with him on Monday that a federal campaign-finance law violates the First Amendment. (Crush Rush via Shutterstock)
Share

The Supreme Court on Monday struck down a federal campaign-finance law that limits how and when candidates can repay loans that they make to their own campaigns. The 6-3 ruling, which held that the law violates the First Amendment, came in a case filed by Sen. Ted Cruz, R-Texas, after his 2018 victory over Democrat Beto O’Rourke – which at the time was the most expensive Senate race in history.

The case, Federal Election Commission v. Ted Cruz for Senate, involved Section 304 of the Bipartisan Campaign Finance Reform Act, which allows candidates to use up to $250,000 in post-election contributions – but no more – to repay loans that they made to their campaign before the election. A lower court ruled that the $250,000 limit is unconstitutional because the government had not shown either that it serves an interest in preventing politicians from trading favors for contributions or that the limit is sufficiently targeted to serve that interest. The Supreme Court on Thursday upheld that ruling.

Writing for the court, Chief Justice John Roberts began by rejecting the Federal Election Commission’s argument that Cruz and his campaign lacked the right to sue because the injuries they complained about – the campaign’s inability to fully repay a $260,000 loan that Cruz made to his campaign before Election Day – did not stem from the enforcement of Section 304. It doesn’t matter, Roberts wrote, that Cruz made the loan so that he could bring a test case. The Supreme Court, Roberts stressed, has never held that a person who “purposely incurs” an injury forfeits legal standing to challenge the constitutionality of that injury.

And for purposes of whether Cruz and his campaign have a right to sue, Roberts continued, it also doesn’t matter whether the source of Cruz’s injury is Section 304 itself or a regulation that implements Section 304. Roberts reasoned that the bar on paying Cruz the final $10,000 that he loaned to his campaign, “is, even if brought about by the agency’s threatened enforcement of its regulation, traceable to the operation of Section 304 itself.”

Turning to the First Amendment analysis, Roberts explained that Section 304’s loan-repayment limitation places a burden on “candidates who wish to make expenditures on behalf of their own candidacy through personal loans.” Specifically, he noted, “[b]y restricting the sources of funds that campaigns may use to repay candidate loans, Section 304 increases the risk that such loans will not be repaid,” which “in turn inhibits candidates from loaning money to their campaigns in the first place, burdening core speech.”

Because the loan-repayment limitation burdens First Amendment speech in elections, Roberts wrote, it can only pass muster if it is justified – which, Roberts concluded, it is not. The only acceptable reason for restricting political speech, Roberts noted, is to prevent quid pro quo corruption – that is, politicians trading favors for contributions – or the appearance thereof. But in this case, Roberts observed, federal campaign finance law already seeks to prevent quid pro quo corruption by limiting individual contributions to $2,900 per election and requiring their disclosure. And indeed, Roberts added, the government has not pointed to “a single case of quid pro quo corruption in this context — even though most States do not impose a limit on the use of post-election contributions to repay candidate loans.”

Justice Elena Kagan dissented, in an opinion joined by Justices Stephen Breyer and Sonia Sotomayor. In her view, the purpose of Section 304 “is easy to grasp: Post-election contributions “pose a special danger of corruption,” because at that point a candidate “has a more-than-usual interest in obtaining the money (to replenish his personal finances), and is now in a position to give something in return.”  But at a minimum, she continued, even if there is no actual quid pro quo corruption, “the public will predictably perceive corruption in post-election payments directly enriching an officeholder.”

Kagan closed her 15-page dissent by warning that “[d]emocracy works only if the people have faith in those who govern” – something that is impossible when elected officials “trade official acts for financial gain.” By invalidating Section 304, she concluded, “the Court fuels non-public-serving, self-interested governance. It injures the integrity, both actual and apparent, of the political process.”