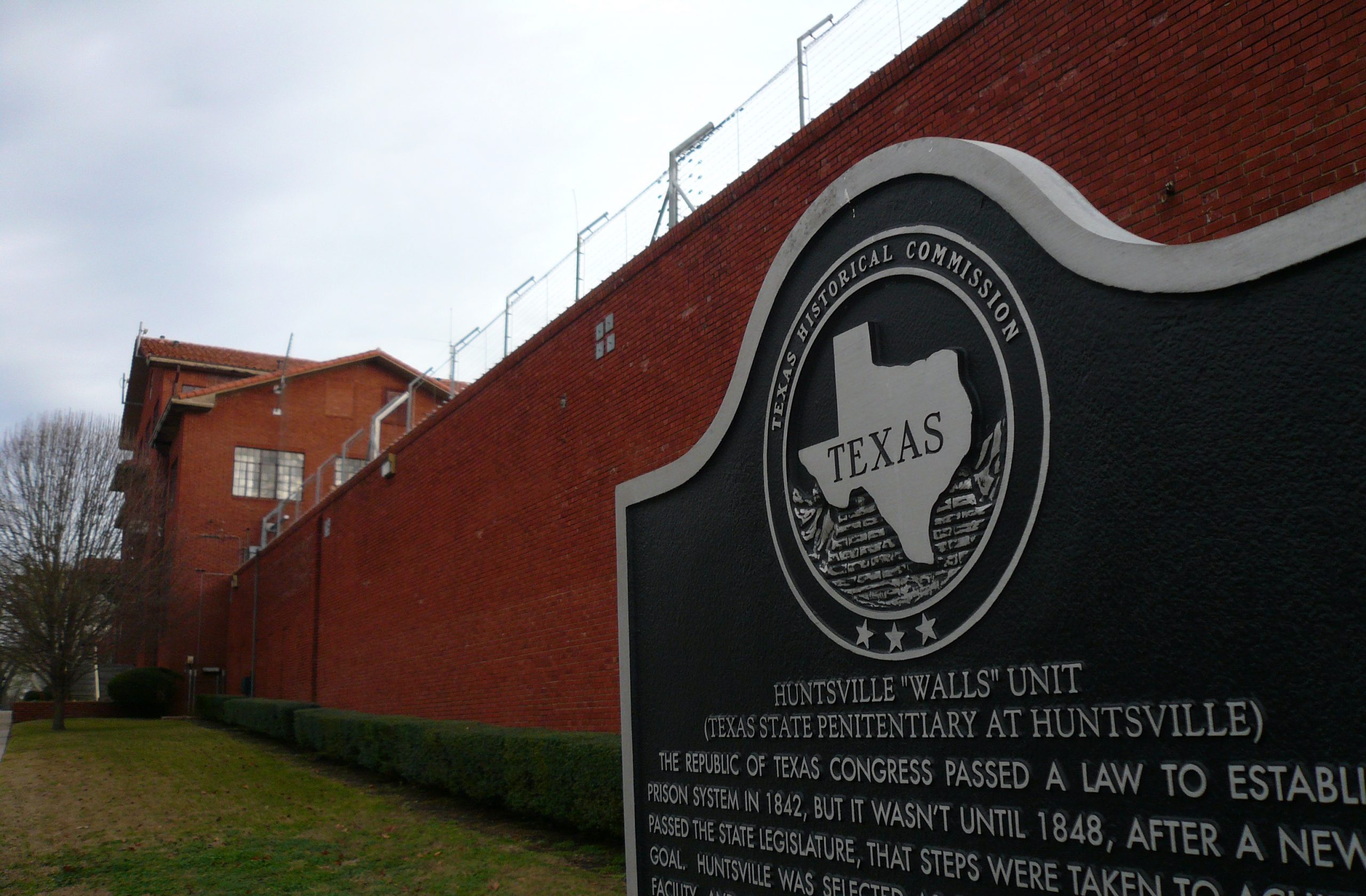 The Texas State Penitentiary at Huntsville, where the state's execution chamber is housed. (mlsnp via Flickr)
Share

The Supreme Court ruled on Thursday that a man on death row in Texas can have his pastor touch him and pray out loud while he is being executed. The decision in Ramirez v. Collier was the latest chapter in the nearly three-year-long dispute over the presence of spiritual advisers at executions, and the justices appeared to express some frustration that the case was before them at all. The ruling, which urged states to adopt clear rules for the future and instructed courts to allow executions to go forward with religious accommodations when necessary, brought together justices from both ends of the ideological spectrum, with only Justice Clarence Thomas dissenting.

John Ramirez was sentenced to die for the 2004 murder of convenience store clerk Pablo Castro. With his execution date approaching last year, Ramirez requested that his pastor be allowed to place his hands on him and audibly pray in the execution chamber while Ramirez is given a lethal injection. Ramirez argued that his pastor’s spiritual comfort in the final moments of Ramirez’s life is fundamental to his religious beliefs. Texas rejected his request, citing security concerns and arguing that he made the request too late.

After lower courts sided with the state, Ramirez asked the justices to put his execution on hold so that they could fully consider his request. On Sept. 8, the justices postponed the execution, fast-tracked the appeal, and moved the case from the emergency docket to the court’s regular merits docket for full briefing and oral argument.

Writing for the court, Chief Justice John Roberts noted that Ramirez’ case was before the court “in a preliminary posture.” The question before the court was whether to block Ramirez’s execution until a court could fully consider his claims. The answer, the court concluded, was yes: Ramirez had shown that he is likely to win on his claims that the state’s refusal to allow his pastor to touch him and pray aloud in the execution chamber violates the Religious Land Use and Institutionalized Persons Act, the federal law that protects the religious rights of inmates.

An inmate alleging a violation of RLUIPA, Roberts explained, must first show that a prison policy places a substantial burden on a sincere religious belief; if he does so, then the burden shifts to the government to show that the policy is the narrowest possible way to advance a strong government interest. Ramirez can meet this standard, Roberts continued. Having a pastor lay hands on Ramirez and pray over him would be “traditional forms of religious exercise,” which the state’s policy would prevent.

Roberts further observed that “there is a rich history of clerical prayer at the time of a prisoner’s execution,” and although prison officials may have a strong interest “in monitoring an execution and responding effectively during any potential emergency,” they have not shown that they need to ban all audible prayer in the execution chamber to advance that interest. Indeed, Roberts noted, there are other ways to do so – for example, by limiting the volume of prayers or requiring spiritual advisers to remain silent at key moments.

The same is true for the state’s ban on allowing the pastor to lay hands on inmates, Roberts continued. Although the state’s interests, such as security and preventing interference with the intravenous line in the inmate’s arm, are “commendable,” Roberts acknowledged, there are other ways to address these concerns, such as requiring the spiritual adviser to limit his touch to the inmate’s leg.

The court’s intervention at this preliminary stage is also warranted, Roberts continued, because the consequences of not doing so are so severe for Ramirez: He will be prohibited from exercising his religious rights at the end of his life. “Compensation paid to his estate would not remedy this harm,” Roberts emphasized, “which is spiritual rather than pecuniary.” Moreover, Roberts noted, Ramirez not seeking to put his execution on hold indefinitely.

Roberts rejected the state’s suggestion that Ramirez was not entitled to relief because he had waited too long to file his lawsuit. “To the contrary,” Roberts wrote, “Ramirez had sought to vindicate his rights for months,” and the state itself had contributed to delays in the case. More broadly, Roberts recommended, future cases involving similar issues can be resolved expeditiously if states “adopt clear rules in advance.” But when cases do come to the federal courts, he added, “the proper remedy is an injunction ordering the accommodation, not a stay of the execution. This approach balances the State’s interest in carrying out capital sentences without delay and the prisoner’s interest in religious exercise.”

The court sent the case back to the lower court, with Roberts observing that more proceedings there “might shed additional light on Texas’s interests, and on whether its policies are narrowly tailored.” At the same time, Roberts noted, the time needed for those additional proceedings “might also contribute to further delay in carrying out the sentence. The State will have to determine where its interest lies in going forward.”

Thomas was the lone dissenter. He suggested that Ramirez’s litigation was really nothing more than an effort to delay his execution, because he had changed positions on whether he wanted his adviser to be able to lay hands on him. And the litigation in Ramirez’s case, Thomas noted, had led to delays in four other executions in Texas because of uncertainty about the state’s death penalty protocols. The delay in Ramirez’s execution, Thomas contended, harms both the state and Ramirez’s victims.

Thomas predicted that the rule that the Supreme Court outlined on Thursday will cause more problems rather than solving them, as inmates seek new accommodations that district courts recognize. The inmates, Thomas cautioned, “will then put the State to a stark choice: capitulate to the court-ordered accommodation that it thinks is dangerous, or litigate and delay the execution, knowing that the delay will count against it in the equitable balance.”