Border agents, the First Amendment, and the continued vitality of Bivens 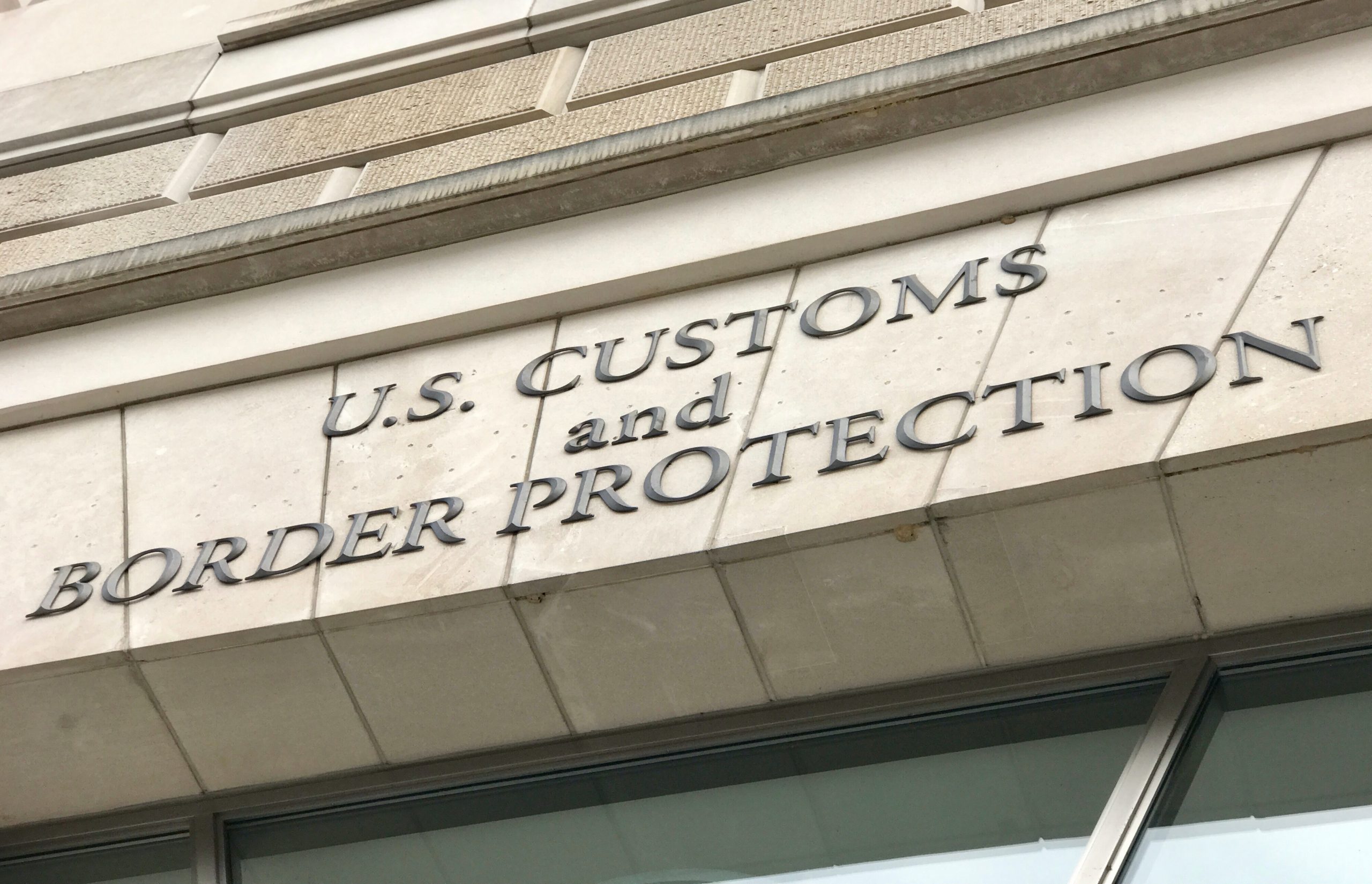 The Supreme Court on Wednesday will consider the continued vitality and expansion of lawsuits for damages against federal officers under Bivens v. Six Unknown Named Agents. Egbert v. Boule considers whether to “extend” the Bivens cause of action to First Amendment retaliation claims and Fourth Amendment claims arising from immigration enforcement near the U.S.-Canada border.

Robert Boule is a U.S. citizen who owns and runs the Smuggler’s Inn, a bed-and-breakfast abutting the Canadian border in Blaine, Washington. The town is a reputed locus of cross-border criminal activity, and the Smuggler’s Inn purportedly attracts drug traffickers and people seeking to illegally cross the border. 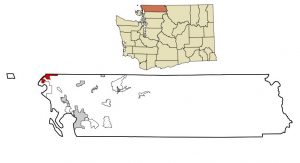 In 2014, Erik Egbert, a Customs and Border Patrol agent, approached Boule in town and asked about guests at his inn. Boule told Egbert of a guest who had flown from Turkey to New York the previous day and was flying to Washington and driving to the inn. Later that day, Egbert followed the vehicle transporting the guest onto the inn’s driveway and tried to speak with him. Boule sought to intervene and asked Egbert to leave his property. Egbert twice shoved Boule out of his way, pushing him to the ground. After confirming that the guest was lawfully in the country, Egbert and two other agents (who had been called to the scene when Boule confronted Egbert) left. Boule complained to Egbert’s superiors, after which Egbert allegedly contacted the Internal Revenue Service and state agencies, resulting in a tax audit and investigations of Boule’s activities.

Boule filed a Bivens lawsuit in federal district court, alleging that Egbert retaliated against him for complaining about Egbert’s behavior in violation of the First Amendment and used excessive force in violation of the Fourth Amendment. The district court granted summary judgment in favor of Egbert. The U.S. Court of Appeals for the 9th Circuit reversed, and the Supreme Court granted review.

Subsequent to the events giving rise to this case, Boule pleaded guilty to aiding and abetting violations of Canadian immigration law over human smuggling and was sentenced to time served.

The judicially created Bivens cause of action functions as the counterpart to 42 U.S.C. § 1983, allowing suits for damages against federal officers for past constitutional violations. The Supreme Court has allowed three Bivens claims to proceed — a Fourth Amendment claim against law enforcement, a Fifth Amendment due-process employment-discrimination claim, and an Eighth Amendment claim involving medical care in prison. But the court has described Bivens actions as “disfavored judicial activity,” rejecting recent claims in Ziglar v. Abbasi against high-level executive officials enacting post-9/11 national-security policy and in Hernandez v. Mesa against a Border Patrol agent over a cross-border shooting of a Mexican national.

Recent cases establish a two-step inquiry. First, the court asks whether the case involves an “extension” of Bivens into a “new context” that is “different in a meaningful way from previous Bivens cases decided by this Court,” even if that extension is modest. If the case extends Bivens into a new context, the court considers “special factors that counsel hesitation about granting the extension.” Central to this analysis is the presumption that Congress, not the courts, should decide whether a cause of action should be available against federal officers or on a set of facts.

Egbert begins by urging the court to categorically reject future extensions of Bivens. While the court has not closed the door to extensions, he argues that judicially created causes of action are “relics of a discredited view of federal courts’ authority,” reflected in the Supreme Court’s refusal to recognize a new Bivens claim in 10 cases over 40 years. Egbert argues that courts should hesitate before granting a Bivens extension because every extension threatens the separation of powers by usurping congressional power to create private causes of action, to evaluate the far-reaching policy involved in allowing people to sue for money damages, and to make policy judgments about how best to hold federal officers accountable for constitutional misconduct. He argues that extending Bivens in this or any new context “breathe[s] new life into doctrines this Court has extinguished.”

If Bivens extensions remain permissible, Egbert argues that both claims in this case entail extensions into new contexts, and special factors counsel hesitation, compelling the court to reject both.

As for the First Amendment retaliation claim, the context is new because the court has never recognized a First Amendment Bivens claim, particularly not in the context of retaliation by Border Patrol agents along an international border. A host of special factors counsel hesitation. Egbert argues that retaliation claims (in which lawful action becomes unlawful if done for the wrong reason) are “nebulous” and “amorphous,” producing difficult and complex litigation. Claims against Border Patrol agents working near the border raise national-security and immigration-enforcement concerns, different from claims against other federal agents. And a plaintiff in Boule’s position has alternative remedies, including claims under the Privacy Act, proceedings through the IRS and federal tax code, state tort law, and federal administrative investigations. These remedies reflect congressional consideration of the best way to deter constitutional violations by federal officers, and none involves a claim for damages based on retaliation for speech.

Fourth Amendment claims are available, as Bivens itself involved a Fourth Amendment violation for unlawful search and excessive force. But Egbert argues that the “context” of this case involves a new class of defendants (Border Patrol agents), a new location (an area along the border), and a new enforcement scheme (the application of immigration laws to foreign nationals). Similar special factors counsel hesitation, particularly the national-security concerns arising from claims challenging enforcement of immigration laws. And Congress provided for alternative remedies, including a claim against the United States under the Federal Tort Claims Act (which Boule began but did not pursue) and complaints to the Department of Homeland Security triggering employment sanctions for the misconduct.

The United States appears as amicus and has been given argument time. Unlike Egbert, the government does not argue that courts cannot extend Bivens. But it insists that extensions are unwarranted in this case.

Like Egbert, the government emphasizes that the Court has never recognized a First Amendment Bivens claim and that this Fourth Amendment claim is “meaningfully different” in several respects from the claim recognized in Bivens. Egbert is a Border Patrol agent and was investigating a foreign national who might have been involved in cross-border smuggling or immigration violations. It occurred “steps away” from an international border in an area known for illegal smuggling of persons, drugs, and money. The government insists these facts implicate an “element of national security” absent in Bivens.

The government identifies a similar list of special factors counseling hesitation and compelling the court to leave to Congress the choice to create a cause of action. It highlights past failure to extend Bivens to First Amendment claims, then emphasizes the special concerns for extending to retaliation claims against law enforcement. And it identifies a series of available alternative remedies for Egbert’s alleged misconduct: complaints through the IRS for false reporting of tax issues, a claim under the Privacy Act for disclosure of private information, state tort claims, administrative claims through the Customs and Border Patrol, and departmental disciplinary proceedings.

Boule filed his brief under seal with the court’s permission, leaving a redacted brief publicly available.

Boule emphasizes that Bivens is not dead or long-buried, extinguished, or demolished, contrary to Egbert’s arguments. Egbert’s cert petition asked the court to reconsider Bivens, but the court declined to review that issue. And Boule argues that Abbasi did not reject Bivens as a “relic” or retreat from all applications of Bivens. Rather, Abbasi left room for cases that are the same or trivially different from the court’s prior cases.

Boule argues that is this case. The Fourth Amendment claim involves an unlawful search and seizure by a federal officer on private property, materially indistinguishable from Bivens. And this lawsuit challenges conduct by a ground-level official on U.S. soil against a U.S. citizen at his dwelling. Boule argues that this case does not involve national-security policy or the actions of an officer stationed on the border trying to prevent unlawful entry into the United States. Boule also argues that he has no alternative remedies, as the Federal Tort Claims Act does not replace Bivens and administrative procedures do not provide substantive remedies.

Without holding so, Boule argues, several cases have assumed that First Amendment claims, including First Amendment retaliation claims, are cognizable under Bivens. And the court has established that the First Amendment prohibits government officials from retaliating against persons for speaking out about government misconduct. As with the Fourth Amendment claim, this claim does not implicate separation of powers; it involves ground-level, non-policymaking conduct by an individual officer. Moreover, Egbert’s alleged retaliation has no nexus to the conduct of agents at the border. Rather, Boule’s claim involves conduct away from the border, following completion of the initial encounter, when Egbert contacted numerous agencies to investigate Boule. Boule argues that this is not the typical complicated retaliation claim in which a search, arrest, or prosecution may have been retaliatory or may have been independently justified, requiring a court to parse the officer’s state of mind and the line between lawful and unlawful conduct. Instead, his is a straightforward retaliation claim, in which the causal connection between Egbert’s animus and Boule’s injury is obvious and not bound in complex inquiries into causation or probable cause.