In final case the court will hear this term, profound issues of race, incarceration and the war on drugs 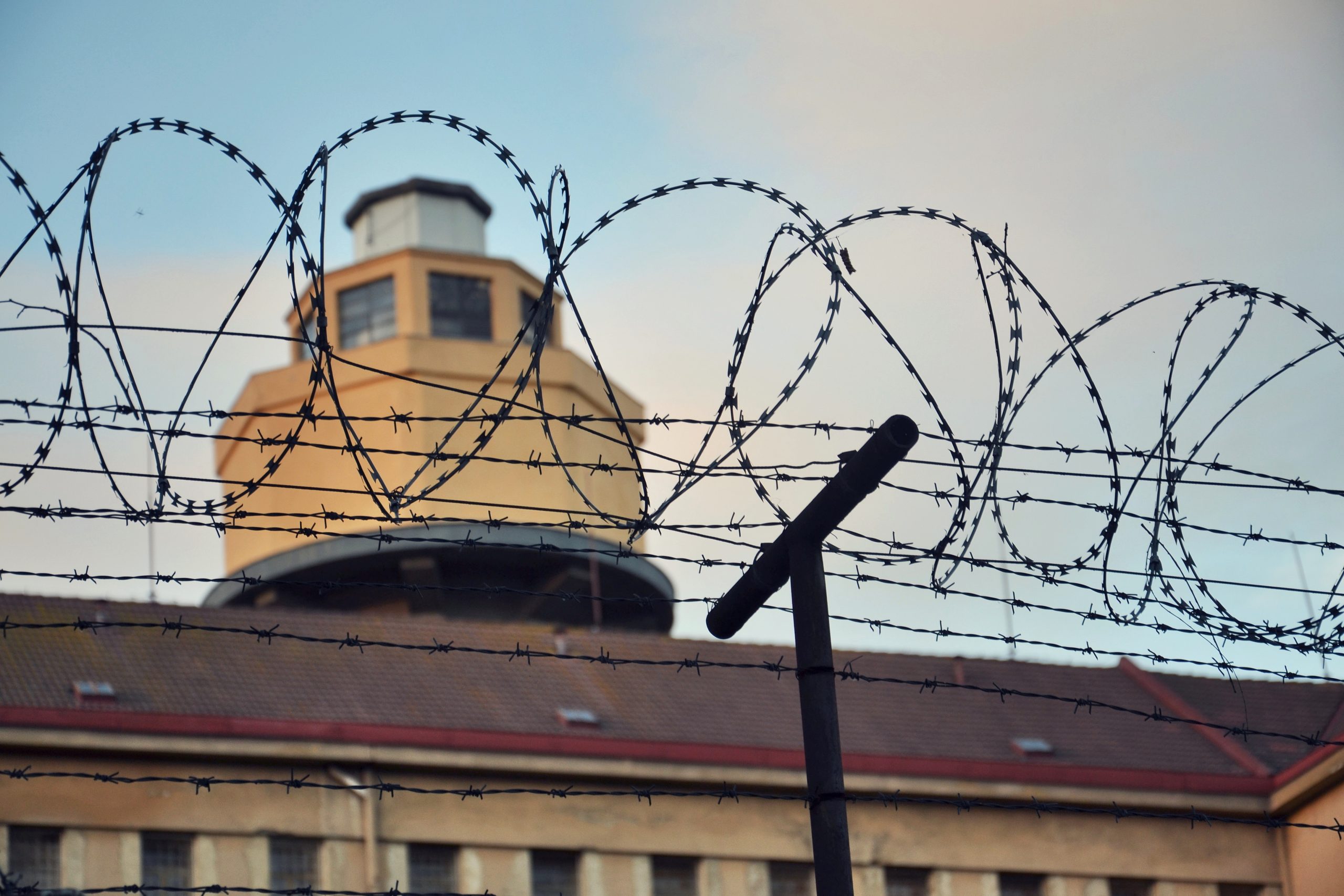 Academics naturally believe that even obscure cases in their field are underappreciated; each minor tax or bankruptcy case quietly frames profound issues of justice. But, doubtful readers, rest assured that Terry v. United States – which the Supreme Court will hear on Tuesday in the final argument of its 2020-21 term – packs so many swirling issues of great importance into an absurdly little case, it can hardly be believed. The national debate on historical racism in our criminal punishment system? Yes. Related questions of how we address drug use with our criminal law rather than as a public health issue? Undoubtedly. Redemption after committing a crime? Of course. The ramifications of a contested presidential election? Sure. The consequences of hyper-technical statutory distinctions on the fate of thousands? Goes without saying. A guest appearance by a Kardashian? Why not.

His sentence was a result of the 1986 Anti-Drug Abuse Act, which created a 100:1 disparity in the punishment of crack cocaine compared to powdered cocaine. Under the law, a person arrested for crack cocaine was subject to the same prison sentence as a person arrested for 100 times that amount of powdered cocaine. The sentencing disparity was borne not of differences in the drugs themselves; despite the widespread myth, both drugs have the same effects on the body. Rather, it was the social, political and, above all, racial valences of the drugs that produced the law. Despite being used by more white people, crack was considered a Black inner-city drug, its addictive power mythicized and its threat hyped by the media as existential. This is not to deny the obvious: An addictive drug that struck already beleaguered neighborhoods created drug markets and violence. Indeed, even many African American communities denied pro-social methods of dealing with the crime wave, often called for harsher punishment. What is clear is that the panic surrounding crack was refracted through the nation’s racial lens, resulting in an unremitting tough-on-crime policy reflected in the 1986 Anti-Drug Abuse Act and culminating in the 1994 Violent Crime Control Act.

The 100:1 crack cocaine sentencing disparity came to symbolize the racist differences in how we treat drug addiction in Black and white communities, thrown into starker relief by the shifts in public sentiment in the current, much larger “white” opioid epidemic. In 2010, President Barack Obama and Congress addressed the by-then iconic disparity, enacting the Fair Sentencing Act, which reduced the disparity to 18:1 and eliminated the mandatory five-year sentence for crack.

Because so many sentenced under the discriminatory 100:1 disparity remained locked in prison, in 2018, President Donald Trump and a bipartisan Congress passed the First Step Act, making sentencing reforms retroactive and past offenders eligible for resentencing. In a divisive presidency, the First Step Act garnered Trump rare bipartisan praise, bringing together an unlikely coalition of White House advisers, including Jared and Ivanka Trump, and criminal justice reform advocates from both the left and the right. Indeed, according to the political tale, the bill owed its passage to the advocacy of Kim Kardashian West. Kardashian was moved by a story of 63-year-old Alice Johnson, a first-time drug offender in 1993, now a great-grandmother, who remained in prison on a life sentence. It was this celebrity lobbying of friend Ivanka Trump to press the reform on her father that ultimately resulted in the most significant criminal justice legislation of his presidency.

After that, it gets weird.

The First Step Act’s resentencing applies retroactively to people sentenced for a “covered offense,” which is defined as “a violation of a Federal criminal statute, the statutory penalties for which were modified by section 2 or 3 of the Fair Sentencing Act of 2010 … that was committed before August 3, 2010.” Hold on … the word “modified” is about to go for a rather unhappy spin.

Recall the Fair Sentencing Act vastly reduced the crack cocaine disparity. Specifically, the law increased the amount of crack punished as so-called Tier 1 offenses from 50 grams and above to 280 grams and above. (That tier is defined in subparagraph (A) of 21 U.S.C. § 841(b)(1).) In turn, the range of Tier 2 offenses was changed from between 5 and 50 grams to between 28 and 280 grams. (That tier is defined in subparagraph (B) of the statute.) Thus, one would think that Tier 3 offenses, previously between 0 and 5 grams, would now be those between 0 and 28 grams. (Tier 3 is defined in subparagraph (C) and is the provision under which Terry was sentenced.) Though that would seem the only sensible legislative math, Congress did not actually change the text of the Tier 3 provision.

Armed with this congressional oversight, federal prosecutors took the position that penalties for Tier 3 offenses were not “modified” by the Fair Sentencing Act and thus not eligible for retroactive resentencing under the First Step Act. To be clear, this commits one to the proposition that Congress intended for those sentenced to long prison sentences for carrying around significant amounts of crack to be resentenced more equitably, while leaving someone sentenced for carrying under 5 grams in prison for just short of a couple decades. This may seem so counter-intuitive that one might wonder why federal prosecutors would adopt such a view, why the government would defend it and whether any court could find it persuasive.

Some courts did. Four federal appeals courts (including the U.S. Court of Appeals for the 11th Circuit in Terry’s case) ruled that the First Step Act’s resentencing provision does not apply to Tier 3 offenses. Two other federal appeals courts disagreed, granting relief to low-level offenders and presenting a clear circuit split for the Supreme Court to resolve.

The circuits that adopted the prosecutorial argument concluded that Congress, by not explicitly changing the language governing Tier 3 offenses in 21 U.S.C. § 841(b)(1)(C), did not “modify” those penalties. Tier 3 offenders, these courts held, thus are not eligible for resentencing despite the fact that offenders carrying 10, 20 or 56 times more crack were made explicitly eligible. This reading is sufficiently odd that the four bipartisan senators largely responsible for drafting the bill filed an amicus brief explaining that Congress intended to extend relief to low-level offenders.

Such intent, they argue, is contemplated by the language applying retroactivity to all “modified” offenses – a broader term than all the language that Congress might have “amended.” The change in the Tiers 1 and 2, the argument goes, necessarily modified Tier 3, even if that language was not explicitly amended. Thus, Terry’s freedom hangs, in part, on the distinction between “modifying” or “amending” language.

Or so it would seem. If the opening acts of this drama are steeped in lasting racism of our punishment practices and the serendipitous sympathies of a well-connected celebrity, its closing act borders on the head-scratching. After Terry lost in the 11th Circuit – and shortly before the Supreme Court agreed to review his case – the 2020 presidential election ushered in a new Democratic administration, powered to the White House in no small part on the strength of minority voters. The politically astute would also note that the new president himself had come under withering criticism as a candidate for his past support of the same tough-on-crime measures that the Fair Sentencing Act sought to reverse. Many wondered how a new Justice Department would treat a case seen as a step toward racial justice in criminal law.

On March 15th – mere moments (at least in Supreme Court terms) before the case’s originally scheduled April 20 argument date – Acting Solicitor General Elizabeth Prelogar informed the court that the Biden government could no longer support the 11th Circuit’s ruling that the First Step Act did not cover lower-level offenders.

This forced the court to reschedule the argument and appoint outside counsel – Adam Mortara, a former clerk for Justice Clarence Thomas – to serve as amicus in arguing to uphold the judgment below. Terry’s counsel, of course, will argue for reversal – and so will a representative of the solicitor general’s office, which filed a brief in support of Terry and was granted argument time to express the federal government’s views. In addition, Terry’s position is supported by a diverse coalition, from the American Civil Liberties Union to the Koch-backed Americans for Prosperity Foundation, representing a growing left/right agreement on shrinking mass incarceration.

And what of Terry’s fate hangs in the balance? Even that is unclear. As Prelogar’s letter to the court outlined, Terry is scheduled to complete the remainder of his term, served almost entirely under home confinement, on Sept. 22 of this year. (Afterward that, he will begin a six-year term of supervised release.) Even moving at remarkable speed, the court is in position to do little for him other than add a summer barbeque or two.

The peculiar interpretation that brought us here and the strange machinations of the current argument make it tempting to find this all an absurd exercise in high-powered lawyers carefully weighing “amend” versus “modify.” But for Terry, the reforming of his sentence (and, perhaps, a reduction in his term of supervised release) are surely significant. Not to mention all the other low-level offenders who remain in prison and would be entitled to resentencing if Terry were to prevail. As the ACLU highlighted in its amicus brief, there are many people like Trentavius Arline, who pled guilty to selling 500 milligrams of crack, less than a paperclip’s weight worth $40. Arline was sentenced to 16 years in prison and remains there 11 years later.

Lastly, the case raises questions about the methods Congress must employ when reforming punishments retroactively. Beginning in a history of racially uneven punishment, the question of how dedicated the machinery of government must be in undoing past harm lurks just beneath the surface of this tiny little case and the few months of prison time at stake for Tarahrick Terry.

Recommended Citation: Ekow Yankah, In final case the court will hear this term, profound issues of race, incarceration and the war on drugs, SCOTUSblog (May. 3, 2021, 11:03 AM), https://www.scotusblog.com/2021/05/in-final-case-the-court-will-hear-this-term-profound-issues-of-race-incarceration-and-the-war-on-drugs/