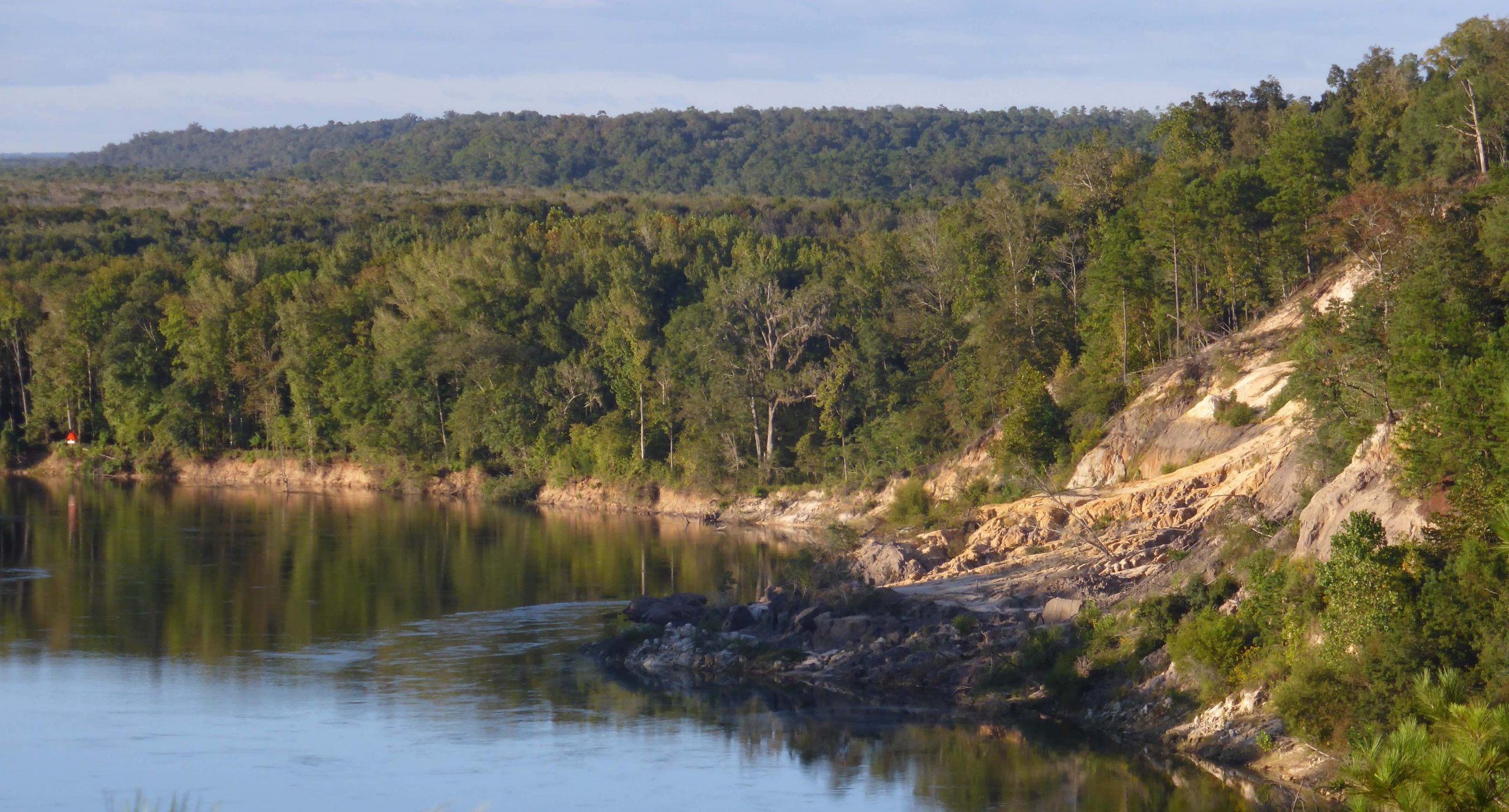 Two competing stories took center stage during Monday’s oral argument in Florida v. Georgia, the second time this case has appeared before the Supreme Court. As noted in the preview, the question is whether the court should issue an equitable apportionment decree that requires Georgia to cap the water it uses in the Apalachicola River system so that more water can flow south into Florida.

Florida contends that Georgia’s exploding use of water for irrigation has had disastrous impact on its oysters in the Apalachicola Bay. With extreme low flows occurring “much more frequently,” Florida says, it would benefit from even an additional 500 cubic feet per second saved from what it characterizes as no- to low-cost measures that could be taken by Georgia.

Countering, Georgia argues that Florida already gets most of the water from the Apalachicola River system, and that forcing Georgia to reduce its water use would severely impact Georgia’s economy with little to no benefit to Florida.

If the court decides that a decree should be issued, more work will be needed to determine its contents. If the court decides that no decree is justified, it will mark the end of the line for Florida’s efforts, at least for now. Unlike most other legal cases, under the court’s original jurisdiction states can come back anytime to ask the justices for a new ruling — in this case, a new equitable apportionment of water between the states — if the conditions change.

As with other Supreme Court arguments in the time of COVID-19, attorneys representing both sides argued by telephone and had time for short opening statements, followed by the justices asking questions in order of seniority.

Arguing on behalf of Florida, Gregory Garre reiterated the state’s claim from written briefing that Special Master Paul Kelly, whom the court appointed to handle the dispute after its first ruling in 2018, “short-circuited” the court’s 2018 instructions, thus “corrupting” Kelly’s entire analysis on whether Florida has been harmed by Georgia’s water use.

This case hinges on evidence and expert testimony, and some justices struggled with how to reconcile apparent differences in Kelly’s findings and the findings of a previous special master, the late Ralph Lancaster. “This is about the most fact-bound case that we have heard in recent memory,” Justice Samuel Alito pointedly observed. “And we have two comprehensive reports by two outstanding masters and they are not — to put the point perhaps mildly, not entirely consistent on a number of key points. What do we do with that?” In response to his and other justices’ questions, Garre repeatedly cited the record to emphasize that Florida was indeed harmed by Georgia’s water use, that the court should review the case de novo, and that a decree would help Florida.

Harm and causation were important factors throughout the questioning. Chief Justice John Roberts noted that a lot of factors had impacted Florida’s oyster fisheries; Garre argued that Georgia’s water consumption was a substantial factor in the oyster population’s decline. “[T]he fact that there could be contributing causes doesn’t defeat causation,” Garre said. Alito and Justice Stephen Breyer later picked up on this theme, noting conflicting evidence on the impact to the oysters caused by changes in salinity due to Georgia’s water consumption versus overharvesting by Florida’s fisheries. Garre responded that the evidence showed the changed salinity allowed more predators to enter the now “marine” environment, along with other lines of evidence indicating the change in salinity had more impact than overharvesting. Garre also repeatedly linked his arguments back to the conditions in the court’s seminal 1931 decision in New Jersey v. New York, in which the court found that a change in freshwater flows from New York changed the salinity in the Delaware River and impacted oysters in New Jersey. Justice Sonia Sotomayor observed to Garre that her “biggest problem with your case are three facts, all offered by your experts.” She then asked about evidence related to water consumption in Georgia and salinity changes in the Apalachicola Bay, saying, “I’m doubtful that a 10% change [in oyster biomass] is sufficient to be viewed as an invasion of rights of a serious magnitude.”

Others, including Justice Amy Coney Barrett, asked about the role of the U.S. Army Corps of Engineers, which controls water flow at the state line. Garre reiterated that, in 2018, the court noted that the Corps would work to accommodate a decree, and that a flow of even 500 cubic feet per second more at the state line would help rebalance salinity in the Apalachicola Bay. Justice Elena Kagan followed up on this point, asking about the 500 CFS number when the briefing indicated 1,000 CFS as the needed target. Again, Garre pointed to the record.

Justices Neil Gorsuch and Brett Kavanaugh also probed about harm being not just economic harm, but harm to the ecosystem as a whole. Garre hit on this point in closing: “[I]t’s hard to imagine New England without lobsters or, say, the Chesapeake without crabs, but, in effect, that’s a future that Apalachicola now faces when it comes to its oysters and other species.” He reiterated that Florida is simply asking for Georgia to “reduce outright waste and adopt more efficient measures while still irrigating.”

One key point that Garre clarified in the oral argument is that Florida is focused on harm from irrigation in Georgia. Florida is no longer challenging Georgia’s municipal use of water.

Craig Primis argued on behalf of Georgia, stating forcefully that Florida failed to prove its case by clear and convincing evidence and that the court should overrule Florida’s exceptions to Kelly’s report and enter the record for Georgia.

Again, the justices probed on causation and harm, as well as potential benefits from reductions in Georgia’s water use. For example, Roberts asked if a 20% impact is not enough, is 40%? 50%? Primis argued that based on the evidence, even if there was a 50% cap on Georgia’s water use, it would result in only a 1.4% increase in oyster biomass. Responding to questions about Georgia’s water use and the “disappearing” water at the state line, he noted that the water isn’t disappearing, but rather the Corps is controlling both timing and flows, with recent conditions compounded by three back-to-back droughts. When Kagan later probed about the Corps operations, Primis noted that any change to those operations would be subject to public scrutiny and administrative processes.

The justices also asked about inconsistencies between the reports from Kelly and Lancaster. Primis argued that Kelly was specifically charged with answering the court’s questions and found that 80% of Georgia farmers were using water efficiently, while Florida’s experts used models with “inherent errors” compared to Georgia’s on-the-ground mapping and metering of rights. Primis also argued that the court should avoid becoming “a bit of a local water regulator” by focusing too much on how Georgia handles its metering and management programs. When Gorsuch later asked about evidentiary issues, Primis noted that Florida had a chance to proffer more evidence regarding benefits to Florida, but didn’t; therefore, there was no need to open the evidentiary record further.

When asked about the harm to oyster beds, Primis noted that while the beds are natural, they have to be “managed, cared for by humans,” and not subject to overharvesting. He agreed that harm to the oyster beds is not just a “pure monetary comparison” like the benefit to Georgia farmers, but maintained that clear and convincing evidence is needed to show ecosystem damage. Asked to compare this case to New Jersey v. New York, Primis argued that this case is factually different. Even assuming 1,000 CFS were passed through to Florida, he said, there would be only a 1.4% increase in oyster biomass: “[I]t truly would be a vain thing to take out that much agriculture for the purpose of helping oysters to the tune of 1%.”

Wrapping up, Primis argued that the costs to Georgia “dwarf” the benefits to Florida, and that there is no “substantial invasion of rights of a serious magnitude” that would justify the court issuing an equitable apportionment decree.

Garre offered a short rebuttal, arguing that a number of Georgia’s arguments are “red herrings” given the evidence, that even 500 CFS would make a difference, and that “[w]ithout a decree Georgia will just continue to consume more and more and the Apalachicola will be irreversibly lost.”

A complete transcript with aligned audio is online, and a decision in the case is expected by June.