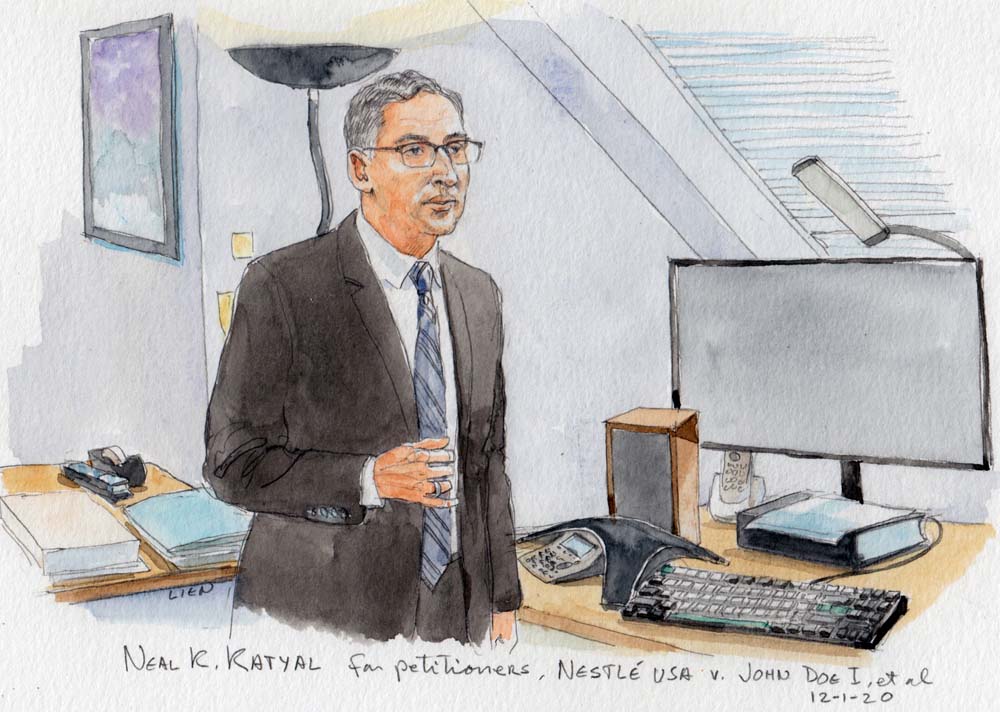 The Supreme Court heard oral argument on Tuesday in a pair of cases, Nestlé USA v. Doe I and Cargill, Inc. v. Doe I, that ask whether a lawsuit against American corporations under the Alien Tort Statute, which allows foreigners to bring lawsuits in U.S. courts for serious violations of international law, can continue. The plaintiffs in the case are six former child slaves in Ivory Coast, who contend that the defendants, both U.S. food giants, facilitated human-rights abuses on the cocoa plantations where the youths worked. Although the Supreme Court in the past has indicated that the kinds of claims that can be brought under the ATS are relatively limited, after nearly 90 minutes of debate today several justices appeared reluctant to rule that U.S. corporations like Nestlé and Cargill can never be sued under the statute. At the same time, it seemed that the two companies might nonetheless eke out a narrow win in this case, as some justices appeared skeptical that the plaintiffs’ allegations were enough to allow the case to proceed.

The former child slaves are citizens of Mali. They allege that as children they were sold to cocoa plantations in Ivory Coast, where they were forced to work long hours without pay and were beaten if they didn’t work quickly enough. Nestlé and Cargill, they claim, aided and abetted this forced labor by buying their cocoa from, and providing other support to, plantations in Ivory Coast despite knowing that the plantations used child slavery. The U.S. Court of Appeals for the 9th Circuit allowed the youths’ lawsuit to go forward. 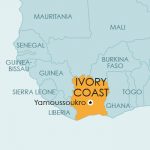 Arguing for Nestlé and Cargill, lawyer Neal Katyal agreed that the plaintiffs’ claims were “horrific.” But he stressed that the companies were merely an “afterthought” in their complaint, which alleged only that the companies had made decisions in the United States and knew about child slavery in Ivory Coast. Katyal urged the justices to throw the case out on either of two grounds: The ATS does not apply to U.S. corporations like Nestlé and Cargill; or the ATS does not apply when, as Katyal contended, the conduct at the heart of the case occurred outside the United States.

Two and a half years ago, in Jesner v. Arab Bank, the Supreme Court ruled that foreign corporations cannot be sued under the ATS. Several justices appeared hesitant on Tuesday to extend that rule and eliminate liability for U.S. corporations under the ATS as well. Chief Justice John Roberts, who is normally the first justice to ask questions under the format that the justices use for telephone arguments, observed at the outset that the Jesner ruling was based in part on concerns about the effect on foreign relations of allowing lawsuits against foreign corporations. But in this case, Roberts noted, no foreign country has any objection to a lawsuit against a U.S. corporation in a U.S. court. Why, Roberts asked, should the court be cautious in terms of international relations in such cases? What objections would foreign countries have to making sure that U.S. corporations follow international law?

Katyal responded that the potential for friction still weighs against recognizing ATS claims for injuries that occurred overseas. And in particular, he explained, plaintiffs could do an “end run” around Jesner by suing the U.S. subsidiary of a foreign corporation in U.S. court.

Justice Brett Kavanaugh had a similar question for Curtis Gannon, the deputy U.S. solicitor general who argued on behalf of the federal government as a “friend of the court” supporting the companies. The Supreme Court has said that the courts should give “serious weight” to the executive branch’s view of how a case will affect foreign policy. Does this case have an impact, Kavanaugh queried, or are you making an argument about a more general impact of the ATS?

Gannon responded that the federal government’s argument was a more general argument.

Justice Sonia Sotomayor echoed Roberts’ point. She told Gannon that it made sense to her that foreign corporations should not be held liable under the ATS for their conduct overseas. But, she added, she didn’t see the same conflict for U.S. corporations.

Other justices appeared to want to leave open the possibility that U.S. corporations could be held liable under the ATS. Justice Elena Kagan peppered Katyal with a series of questions that culminated in her asking why, if a child slave could bring a lawsuit under the ATS against 10 individual slave holders, he couldn’t also sue a corporation that the 10 slave holders formed to evade liability. She noted that after the transatlantic slave trade was abolished there was also a long history of imposing liability on ships – rather than individuals – that carried slaves, suggesting that there was a norm of holding entities liable in international law.

Justice Neil Gorsuch followed up, telling Katyal that he didn’t see anything in the text or the purpose of the ATS that would require the court to carve out an exemption for corporations. Moreover, Gorsuch added, we know that the ATS did permit the seizure of pirate ships. Why wouldn’t corporate liability, which didn’t exist at the time, flow from that?

Kavanaugh was next. He told Katyal that although the ATS was once an “engine” to protect human rights, the companies’ position would only allow lawsuits against individuals for wrongdoing in the United States. One “friend of the court” brief supporting the plaintiffs asserted that the companies’ proposed rule would “gut” the ATS, Kavanaugh said. Katyal called that assertion “overheated rhetoric.”

Justice Stephen Breyer also seemed to express sympathy for the idea that plaintiffs should be able to sue U.S. corporations under the ATS. He noted that he had found 180 such lawsuits against corporations. In a scenario in which you can’t sue the individual responsible for your injury because that person has moved “to Lithuania,” Breyer inquired, why shouldn’t you be able to sue the corporation? “What’s new about it?” And is there a different rule, Breyer asked, for other entities, such as partnerships or limited liability companies?

Even if the justices seemed inclined to allow lawsuits against U.S. corporations as a general rule, it was less clear whether this lawsuit would survive. Justices from both ends of the ideological spectrum were dubious about whether the plaintiffs’ allegations were specific or concrete enough to allow the case to go forward. Justice Samuel Alito was the most forceful advocate of this position. He asked Paul Hoffman, who represented the plaintiffs, whether it was “too much to ask” that, in the 15 years since the plaintiffs first filed their complaint, that they allege specifically that the companies knew – rather than merely “should have known” – that forced child labor was being used on the cocoa plantations with which they did business. “This is an important point,” Alito reiterated.

Sotomayor pressed Hoffman to explain the details of the plaintiffs’ allegations. It’s not enough for allegations that the companies had aided and abetted human rights abuses, she said, to refer to decision-making by the U.S. companies. “You have to follow it with an affirmative act,” Sotomayor stressed.

Breyer was concerned that the plaintiffs’ allegations were too broad. In his view, the claims boiled down to accusations that the companies had aided and abetted human-rights abuses by doing business with the cocoa plantations. If that were enough to support a claim, he told Hoffman, and other nations followed suit, it would lead to “very, very significant effects.”

A third theme running through the argument was the suggestion that any extension of the ATS beyond the narrow set of international-law norms it was intended to cover – such as combating piracy and protecting the rights of ambassadors – should come from Congress, rather than the courts. Roberts noted that Congress had enacted a law to protect victims of human trafficking. Doesn’t that suggest, he said to Hoffman, that Congress is addressing the same issues that the plaintiffs are asking the court to resolve, and it’s “time for the court to get out of the unusual situation where it’s making, rather than just interpreting, law”?

Gorsuch reiterated this point a few minutes later. He complained to Hoffman that the plaintiffs are asking the court to infer a new cause of action under the ATS for aiding and abetting human-rights abuses. But why should the Supreme Court do that, Gorsuch asked, when it has declined to create causes of action elsewhere and Congress can do so?

In his rebuttal on Tuesday, Katyal characterized the plaintiffs’ complaint as “thin and accusatory” and urged the justices to “defer to Congress.” When the argument ended a few minutes later, it seemed likely that Nestlé and Cargill were likely to prevail, even if they may not ultimately achieve the sweeping victory that they seek. A decision in the case is expected by summer.