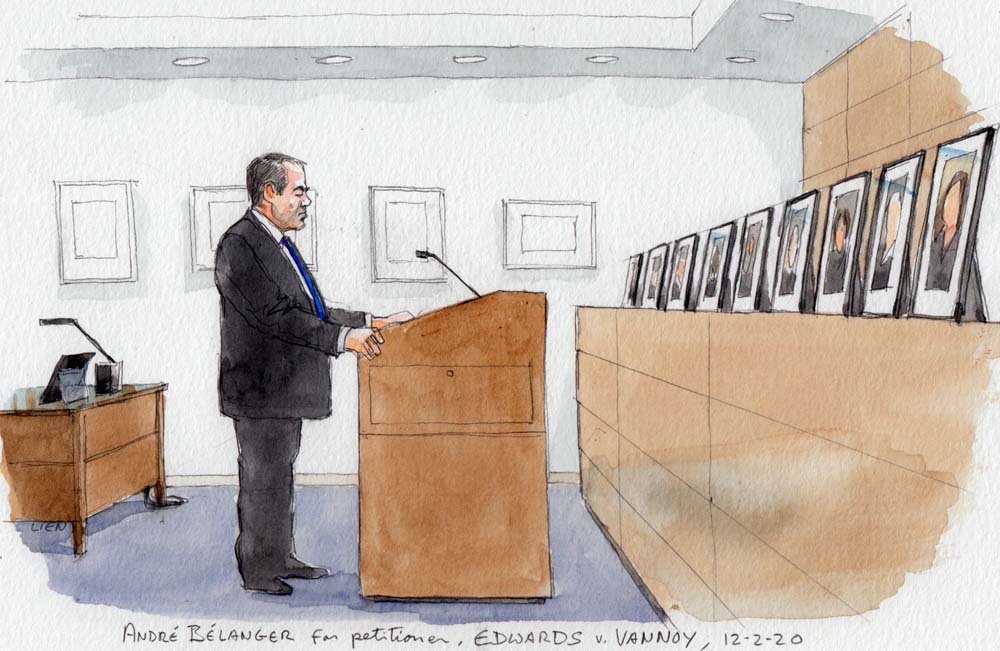 The Supreme Court heard oral argument on Wednesday in the case of Thedrick Edwards, a Louisiana man serving a life sentence for his role in a series of crimes in 2006. The jury that convicted Edwards, who is Black, was not unanimous; the lone Black juror voted to acquit him. In April 2020, the Supreme Court ruled in Ramos v. Louisiana that the Sixth Amendment establishes a right to a unanimous jury that applies in both federal and state courts. The court in Ramos was divided on both the result and the reasoning for its ruling, and the justices proved to be similarly divided on the question before them on Wednesday: whether their decision in Ramos applies retroactively to cases, like Edwards’, that had already become final. 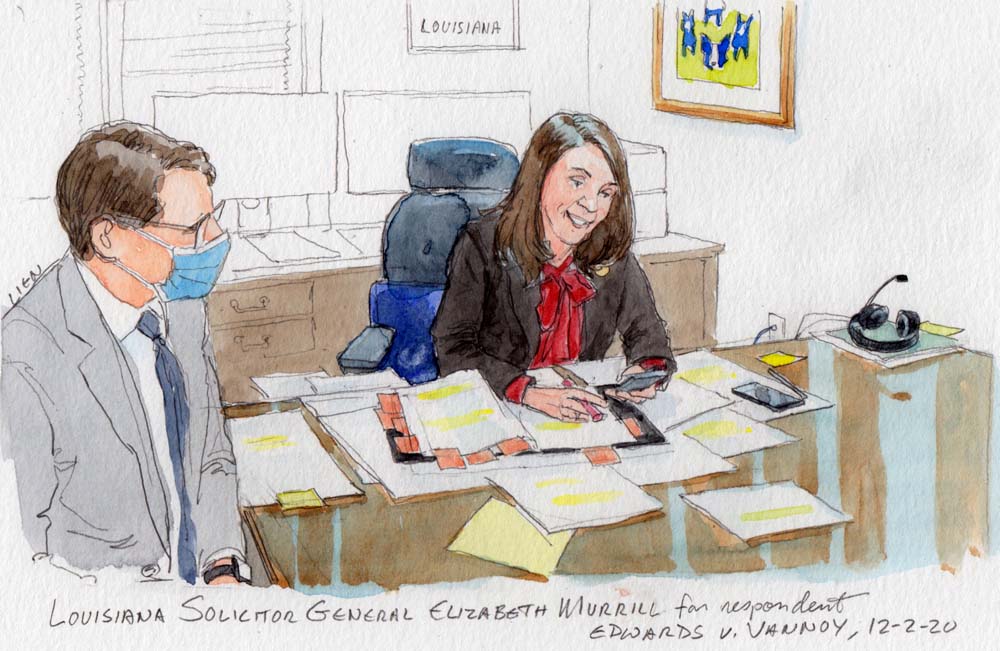 Arguing for Edwards, lawyer André Bélanger told the justices that there are two paths to holding that Ramos applies retroactively. The first, he explained, is based on the idea that the Supreme Court’s 1972 decision in Apodaca v. Oregon, which held that the right to a unanimous jury did not apply to the states, did not carry any precedential weight. Therefore, he argued, the decision in Ramos was not a “new rule” for purposes of the Supreme Court’s 1989 decision in Teague v. Lane, which sets out the framework to determine when new criminal-procedure rules will apply retroactively to cases on federal collateral review. The second option, Bélanger continued, is that Apodaca was simply so wrong that it needed to be overruled, so that Ramos established the kind of “watershed” rule that does apply retroactively under Teague. “Both paths,” Bélanger concluded, “remedy something we all know to be wrong.”

Only Justice Neil Gorsuch, the author of the court’s opinion in Ramos, seemed particularly sympathetic to the idea that Ramos did not create a new rule. He stressed that the Supreme Court had long discussed the requirement of jury unanimity. And when Bélanger contended that the Sixth Amendment has always required unanimity, Gorsuch agreed: “I surely hope you are right.”

Much of the nearly 90 minutes of oral argument on Wednesday was spent instead discussing whether Ramos created a “watershed” rule that would apply retroactively, and what the implications might be if a jury-unanimity requirement were applied retroactively.

Chief Justice John Roberts and Justice Elena Kagan pressed Bélanger to provide empirical evidence to support his argument that the jury-unanimity requirement was a “watershed” rule because it is necessary to prevent “an impermissibly large risk of inaccurate convictions.” Kagan suggested that such evidence was “surprisingly sparse” and that the unanimity rule might allow more guilty people to go free, rather than stopping innocent people from being convicted.

Justice Samuel Alito described the inquiry into whether the unanimity requirement is a “watershed” rule as “rather strange,” comparing it to the search for an animal – like a Tasmanian tiger – that is believed to be extinct.

While some of her colleagues appeared to think that the absence of any watershed rules since Teague weighed against finding that Ramos created one, Justice Sonia Sotomayor seemed to take the opposite view. She asked Elizabeth Murrill, the solicitor general of Louisiana, what would be a watershed rule if the jury-unanimity requirement is not. Is the Supreme Court carving out an exception, Sotomayor queried, that we will never use?

Gorsuch echoed Sotomayor’s point later on, in a question for Christopher Michel, the assistant to the U.S. solicitor general who argued on behalf of the federal government as a “friend of the court” supporting Louisiana. Your argument, Gorsuch told Michel, is that the retroactivity exception for watershed rules might have served a purpose at some point but no longer does. But it’s hard to see, Gorsuch suggested, what might qualify under the exception if the jury-unanimity requirement doesn’t.

The justices also tried to determine what the actual effect of a ruling for Edwards might have on the criminal-justice system in Louisiana, as well as in Oregon and Puerto Rico, which also allow non-unanimous jury verdicts. Bélanger tried to assure them that the impact would be minimal. At most, he suggested, roughly 1,000 inmates in Louisiana would be able to show that they had been convicted by a non-unanimous jury. And from there, he stressed, other groups of inmates – such as those who would be eligible for parole soon – would not be eligible for a new trial. In the end, Bélanger posited, the need for retrials would boil down to two or three extra cases per prosecutor.

Murrill pushed back against the idea that the new appeals and new trials could be distributed “to anyone who happens to be an assistant district attorney.” Michel added that there would be a “ripple effect” on federal inmates, for those whose sentences in federal courts were based in part on state convictions that might be overturned. Those numbers, Michel told the justices, could amount to a “few hundred.”

Two of the most conservative justices expressed skepticism that the court should weigh in on whether the jury-unanimity requirement applies retroactively at all. Both Alito and Justice Clarence Thomas seemed doubtful that the court even had the authority to apply rules retroactively. Alito also suggested that, before deciding whether the requirement was a watershed rule, the justices should first determine whether federal habeas corpus law would prohibit the application of Ramos to Edwards’ case.

By the time the hearing drew to a close, both Gorsuch and Sotomayor, who were in the majority in Ramos, seemed to be squarely on Edwards’ side, but it wasn’t clear whether Edwards would be able to garner the additional three votes that he would need to prevail. A decision in the case is expected by summer.