Symposium: Severability poses a high-stakes question with (what should be) an easy answer 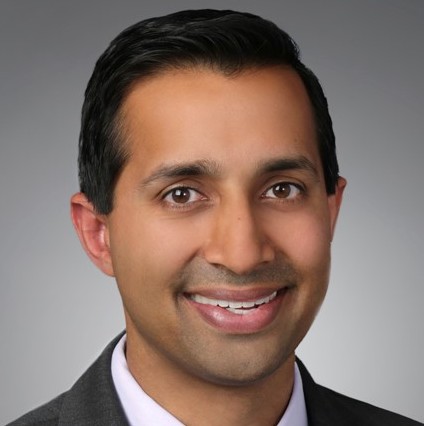 Pratik Shah, a veteran of the Office of the Solicitor General, is co-head of the Supreme Court and appellate practice at Akin Gump Strauss Hauer & Feld and has argued 15 cases before the Supreme Court. He filed an amicus brief on behalf of America’s Health Insurance Plans, the national trade association representing health insurance providers, in support of California, et al., and the U.S. House of Representatives.

The Affordable Care Act has transformed America’s health care system in myriad ways. As a direct result, millions more Americans possess affordable health care coverage. So when it comes to whether thousands of lawful provisions of the ACA should fall because of one (purportedly) unconstitutional provision, the stakes could not be higher. At the same time, the answer could not be easier. Scholars and court watchers from all perspectives agree: Whether or not the individual “mandate” is unconstitutional, the rest of the ACA should stand. Even some of the federal government’s most respected career lawyers, including from the solicitor general’s office, appear to have been unwilling to associate themselves with the government’s ultimate failure to defend the ACA.

Severability is a question of remedy. If a statutory provision is found unconstitutional, should it alone fall or must the whole statute fall with it? As with other remedial inquiries, the touchstone is legislative intent: Would Congress have preferred “what is left of its statute” or “no statute at all?” The court’s jurisprudence recognizes a presumption in favor of severability — in other words, a court generally should strike down only the offending provision and no more. Indeed, unless it is clear that the nonoffending provisions are incapable of functioning independently from the offending provision in a manner consistent with “what Congress contemplated,” a court “must” leave them be.

Although Justices Clarence Thomas and Neil Gorsuch seem ready to “junk” this “settled severability doctrine,” no other justice has suggested any willingness to bite. Just last term, the issue of severability came before the court on two occasions: in Seila Law v. Consumer Financial Protection Bureau and Barr v. American Association of Political Consultants. In both cases, Thomas and Gorsuch questioned the “propriety of modern severability doctrine.” And in both cases — with the fate of the ACA looming on the horizon — the other seven justices affirmed the court’s “settled” severability doctrine, applying the “strong presumption” of severability to excise the unconstitutional provision of two separate laws while leaving the remainder intact. As Chief Justice John Roberts put it in his opinion for the court in Seila Law, “unless there is strong evidence that Congress intended otherwise,” the doctrine operates as “a scalpel rather than a bulldozer.”

There is no clearer indication of Congress’ intent with respect to the individual mandate’s severability than the 2017 amendment to the ACA, in which Congress (with laser-like precision) zeroed out the tax payment that was previously imposed as a penalty for not purchasing health insurance. In doing so, Congress did not touch any other ACA provision. This shows exactly what Congress would “prefer” — in fact, rendering the mandate unenforceable without changing any other part of the ACA is functionally the same as invalidating the mandate and severing it from the rest of the act. That the 2017 amendment came after multiple (rejected) attempts to repeal the ACA in full or in substantial part further confirms that Congress would rather keep what is left than have no ACA at all. Severability requires no further inquiry.

The challengers (a number of states led by Texas, as well as two individuals) attempt to achieve by judicial fiat what they failed to achieve through the democratic process. The challengers do not disagree that the severability question is one of congressional intent. But rather than look at Congress’s actions just three years ago, they point to its original assessment from 10 years ago that the mandate (as enacted) was “essential to creating effective health insurance markets.” That assessment, however, speaks to Congress’ expectations at the ACA’s inception (for “creating” new markets), not Congress’ real-world knowledge in 2017 (for maintaining those markets). The 2017 Congress had the benefit of the Congressional Budget Office’s prediction that the individual market would remain stable even with a straight repeal of only the individual mandate. And that prediction has proven true. The individual marketplace has remained robust in 2019-20 despite Congress rendering the individual mandate unenforceable by zeroing out the tax payment.

Even if Congress’ intent were not so manifest, there still would be no justification for striking down the entire ACA because of one already unenforceable provision. Doctrinally, the rest of the ACA can function as expected without the individual mandate. Indeed, as just noted, that is exactly what has happened since Congress de-fanged the latter. That should be no surprise: The vast majority of the ACA’s 900-plus pages of provisions — cutting across a number of statutes including the Social Security Act, the Public Health Service Act, the Medicare Act, the Medicaid Act, the Employee Retirement Income Security Act, the Indian Health Care Improvement Act, and the Federal Food, Drug, and Cosmetic Act — have nothing to do with the individual mandate.

Practically, there is no way Congress could have intended the debacle that would ensue if the ACA were discarded as a whole. The ramifications were apparent when Congress amended the statute in 2017. And they are chillingly stark now. Not only would a finding of inseverability eliminate guaranteed coverage for people with preexisting conditions, remove the assurance that young adults can stay on their parents’ plans until age 26, abolish the ACA’s premium tax credits, cut off billions in funding for expanded Medicaid programs in 36 states and the District of Columbia, resurrect Medicare Part D’s prescription drug “donut hole,” and rescind key Medicare payment changes — but it would do so in the midst of a global pandemic that has left (thus far) over 230,000 Americans dead and over 20 million Americans unemployed. There is an acute and unprecedented need to replace lost employer-sponsored health coverage, and the ACA’s marketplaces and other reforms offer comprehensive coverage options to satisfy that need. A finding of inseverability would rip away those options when Americans are depending on them most.

Regardless of what Congress had intended in 2010, there can be no doubt that the amending Congress in 2017 could not have intended the devastating consequences that would follow from invalidating the ACA — in its entirety or in significant part — at the stroke of a judge’s pen and without any replacement in sight. With that obvious inference, the severability question should be an easy one. For the sake of our nation’s health, let’s hope the court agrees.