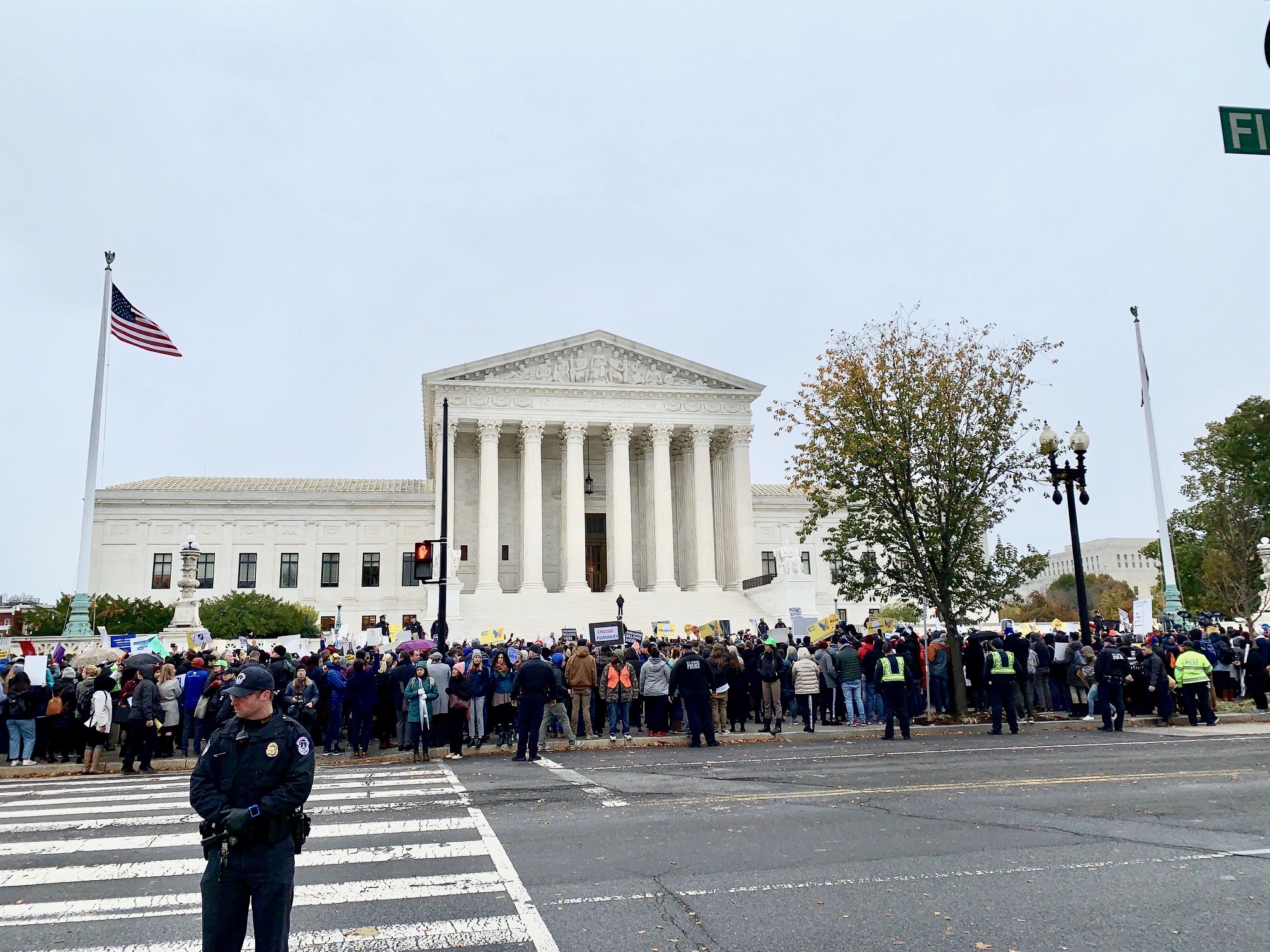 In their orders from last week’s private conference, the justices on Monday vacated the decision by the U.S. Court of Appeals for the 5th Circuit in Mckesson v. Doe, a case arising out of the Black Lives Matter movement, and sent the case back for another look – and with more information from state courts about state law. The petition for review was filed by DeRay Mckesson, a civil rights activist, who was sued (along with the BLM movement) by an unnamed police officer who was seriously injured by a “rock like” object thrown during a 2016 demonstration to protest the shooting death of Alton Sterling, who was killed by police officers in Baton Rouge, Louisiana. The officer does not contend that Mckesson threw the object or directed any violence; instead, the officer contends, Mckesson should be held responsible because he “knew or should have known” that violence would result from the demonstration, which he had organized.

After the the 5th Circuit allowed the lawsuit to go forward, Mckesson appealed to the Supreme Court. The case centers on whether the police officer’s lawsuit against Mckesson is barred by the First Amendment and the Supreme Court’s 1982 decision in NAACP v. Claiborne Hardware Co., which limited the NAACP’s liability for a nonviolent protest that it organized.

The NAACP filed a “friend of the court” brief urging the justices to hear the case. Emphasizing that the use of civil disobedience “has been critical in securing the social and political reforms our nation enjoys today,” as well as the Supreme Court’s role in protecting against “the use of state laws to silence or otherwise intimidate civil-rights leaders,” the group argued that allowing the 5th Circuit’s ruling to stand would tell “opponents of civil rights that they can use civil liability to bankrupt civil rights organizers and activists, and thereby disrupt movements.”

In a four-and-a-half-page unsigned decision on Monday, the justices explained that under Louisiana law there is generally no duty “to protect others from the criminal activities of” others. But the 5th Circuit ruled, the court continued, that a jury could conclude that Mckesson violated his obligation not to cause someone else to commit a crime because “a violent confrontation with a police officer was a foreseeable effect of negligently directing a protest” that went onto a highway.

If the question that the court has been asked to review is whether holding Mckesson liable under the 5th Circuit’s theory violates the First Amendment, the justices observed, it is important to know whether Louisiana law in fact allows Mckesson to be held liable in these circumstances. Therefore, the justices wrote, “the Fifth Circuit should not have ventured into so uncertain an area of tort law — one laden with value judgments and fraught with implications for First Amendment rights — without first seeking guidance on potentially controlling Louisiana law from the Louisiana Supreme Court.” To address this error, the justices invalidated the 5th Circuit’s opinion and sent the case back to allow the 5th Circuit to seek guidance from the Louisiana Supreme Court.

Justice Clarence Thomas dissented from the court’s disposition of the case, although he did not provide a written explanation of his reasons for dissenting.