Precision, persistence and a more humane vision of the law 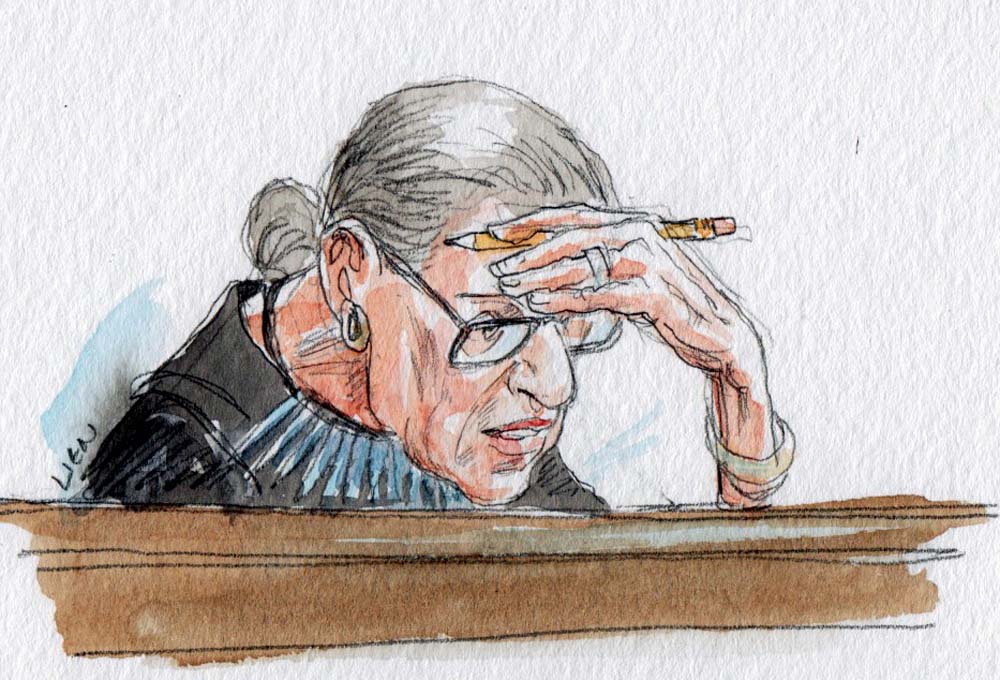 Ginger Anders is an appellate partner at Munger, Tolles & Olson and a former assistant to the solicitor general. She clerked for Ginsburg during the 2004-05 term.

I had the privilege of clerking for Justice Ginsburg during her 12th term on the Supreme Court. Although she was not yet the popular icon that she became in more recent years, we clerks were all well aware of her achievements as an advocate fighting for women’s rights. We felt grateful simply to be in proximity to her, to have the opportunity to learn from someone who was not only a Supreme Court justice, but also a celebrated advocate. At a time when women lawyers were relatively rare, she had to break down barriers in her own career in order to reach the Supreme Court’s podium. And once she did, she achieved historic victories that gave women — and men — opportunities they had not had before.

To our surprise, though, Justice Ginsburg rarely spoke about that work. She didn’t tell war stories (though we would have liked to hear them!), and she didn’t dole out advice based on her years as an advocate. Instead, she taught by example: She showed up every day and focused on the work at hand. She refined every opinion, over and over, until each unnecessary word had been excised and every nuance perfected. She was unfailingly collegial and generous with her colleagues, no matter how deep their disagreements, and she expected the same of us. She was a demanding boss. And she applied the same exacting standards to herself and her work, every single day.

When I think of Justice Ginsburg, therefore, I think of the precision and persistence that she brought to her work. But those qualities were not ends in themselves. Justice Ginsburg harnessed her talents in service of her humane vision of the law, one that she pursued as an advocate and expounded as a justice. As a lawyer and as a jurist, she insisted in every case that courts should recognize the practical realities felt by, for instance, victims of pay discrimination or citizens facing hours-long lines at the polling place. She devoted her career and her prodigious gifts to using the law to expand rights and opportunities for all people. And she did that work with the highest possible standards, without tiring, without flagging in the face of skepticism or opposition. Continuing that work is, I think, how those of us who clerked for her can honor her memory now.

Today at the court:

A nuts-and-bolts question of civil procedure. After an appeal is decided, do courts have discretion to limit the administrative “costs” that the prevailing party can recover from the losing party?

Justices to consider awards of costs of appellate litigation - SCOTUSblog

In 2019, the Supreme Court limited the scope of a federal law that bans people convicted of felonies from having a gun. Up this morning at the court: back-to-back cases that will decide how many felon-in-possession convictions will need new trials or pleas under that 2019 ruling.