Justice Ginsburg the writer: Something in between 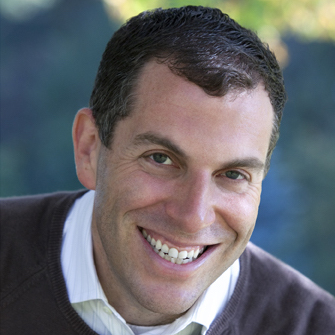 Ross Guberman is the president of Legal Writing Pro, the creator of BriefCatch, the author of Point Taken and Point Made, and the opinion-writing trainer for new federal judges.

“Delighted to see the Supreme Court is interested in beer drinkers,” wrote Ruth Bader Ginsburg, then the 42-year-old head of the ACLU’s Women’s Rights Project and a professor at Columbia Law. Her correspondent: Fred Gilbert, counsel for Oklahoma college student Curtis Craig. Craig had challenged an Oklahoma statute allowing 18-year-old women to drink 3.2% beer — midway between water and whatever passed for the strong stuff in the 1970s — while young men like Craig had to wait to turn 21 before they could indulge.

Ginsburg offered to contribute an amicus brief on the ACLU’s behalf, and Gilbert was delighted to accept. The fate of this “beer differential,” as Ginsburg would soon call it, would intertwine with Ginsburg’s own.

Her brief was grandiloquent. On the surface, Ginsburg conceded, Oklahoma’s drinking-age regime “accords young women a liberty withheld from young men.” Yet “upon deeper inspection,” the beer differential was “discrimination.” It was “simply another manifestation of traditional attitudes and prejudices about the expected behavior and roles of the two sexes in our society, part of the myriad signals and messages that daily underscore the notion of men as society’s active members, women as men’s quiescent companions, members of the ‘other’ or second sex.”

Rarely in the next 45 years would Ginsburg pen a passage as majestic as this one.

Yet the brief did more than juxtapose society’s active members against their quiescent companions and quote Simone de Beauvoir. Ginsburg also cited the prosaic phrase “something in between.” The language came from Stanton v. Stanton, which the court had decided the year before. By “something in between,” Justice Harry Blackmun had conjured a standard for reviewing statutes that was “in between” compelling state interest and rational basis review. Evocative this phrase was not.

Between pathos and logos, then, Ginsburg had hedged her bets: In her written advocacy here and beyond, she wrote about equality in poetry but about equal protection in prose, to paraphrase Mario Cuomo. The lyricism of “women as men’s quiescent companions” could inspire, but the potency of “intermediate scrutiny” would help win Craig v. Boren, crystallize equal-protection law for a generation, and touch countless lives.

Over the next decades, as Ginsburg joined the U.S. Court of Appeals for the District of Columbia Circuit and then the Supreme Court, she penned scores of opinions and dissents both forgettable and epochal. Which Ginsburg reemerged? The Ginsburg of “quiescent companions” or the Ginsburg of “intermediate scrutiny”?

It’s likely that “Notorious RBG” t-shirts aren’t referring to her opinion-writing. Some commentators have even called her style “dry” and “dull.” Let’s frame it another way: Her opinions were precise, restrained, and perhaps “nonintoxicating,” as Justice William Brennan called the beer at the heart of Craig v. Boren. But that raises another question: Is “nonintoxicating” writing prudent and satisfying, or does it make the reader yearn for more?

In her majority opinions, Ginsburg excelled at introductions, a skill that endears her to law students and lower court judges alike. “A press-release account,” she called her aim in starting an opinion. Take her opening in United States v. Virginia. “Founded in 1839, VMI is today the sole single-sex school among Virginia’s 15 public institutions of higher learning,” we learn. A few clear, brisk, short paragraphs later, she styles another sentence as a fact that foreshadows the case’s fate: “Nevertheless, Virginia has elected to preserve exclusively for men the advantages and opportunities a VMI education affords.” That says it all.

Elsewhere, though her style was never as quotable — or as media-savvy — as that of Justice Antonin Scalia or Justice Elena Kagan or Chief Justice John Roberts, Ginsburg could hold her own in the zinger world. Ridding the Voting Rights Act of its preclearance procedures, she wrote in her Shelby County v. Holder dissent, “is like throwing away your umbrella in a rainstorm because you are not getting wet.” “The broccoli horrible,” she famously termed the chief justice’s hypothetical green-vegetable mandate that would mirror the insurance mandate in the Affordable Care Act. And then there was that pithy but searing “I dissent” in Bush v. Gore.

Justice Ginsburg was known for pausing before she spoke. Perhaps she sought to keep her writing close to the vest as well. If you’d like to imagine Ginsburg-the-writer unconstrained, start with the dissent she read from the bench in the Lilly Ledbetter unequal-pay case. She edited the official dissent to make it more colloquial — all the better for public consumption. Gone were sentences like this: “Pay disparities often occur, as they did in Ledbetter’s case, in small increments; cause to suspect that discrimination is at work develops only over time.” And in their place were Justice-Kagan-like bursts like this: “Never mind the cumulative effect of a series of decisions that together set her pay well below that of every male area manager.” I bet it was her woman-of-the-people dissent, not the staid official presentation, that prompted President Barack Obama to make the Lilly Ledbetter Fair Pay Act the first legislation he signed in office. Another rare moment of whimsy: Ginsburg’s retort to famed lawyer Paul Clement during the oral argument in United States v. Windsor. The account of marriage he described, she said, was “a skim milk marriage,” not a full-fat one. That sort of metaphor, though fleeting when delivered in oral argument, can make an opinion resonate for generations.

“VMI’s story continued as our comprehension of ‘We the People’ expanded,” Ginsburg reassures the reader at the end of United States v. Virginia. A key force behind that expanded understanding? Ginsburg’s written work, especially when her opinions and dissents cite cases her ACLU briefs had once helped win. That alone should make her writings, if not her writing, intoxicating.

Recommended Citation: Ross Guberman, Justice Ginsburg the writer: Something in between, SCOTUSblog (Sep. 23, 2020, 9:16 AM), https://www.scotusblog.com/2020/09/justice-ginsburg-the-writer-something-in-between/