Argument preview: Justices to consider what makes a minister a minister (Corrected) 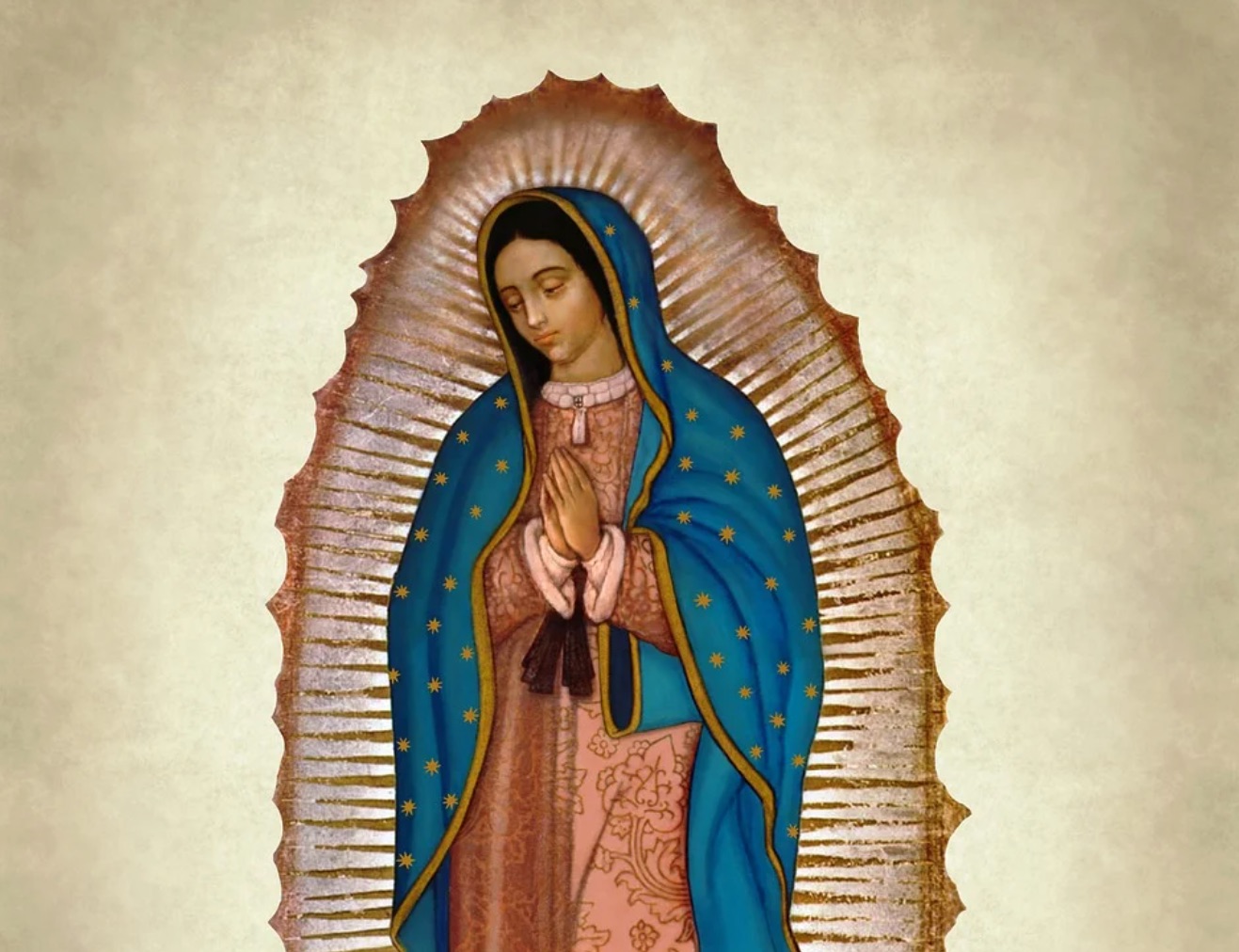 Eight years ago, in a case called Hosanna-Tabor Lutheran Church and School v. EEOC, the Supreme Court recognized a “ministerial exception” to employment discrimination laws, reflecting the idea that religious institutions normally have the sole right to determine who can act as their ministers. The justices ruled in that case that the exception barred a lawsuit brought by a teacher and ordained minister at a Lutheran school who challenged the school’s decision to fire her. However, they declined to “adopt a rigid formula for deciding when an employee qualifies as a minister” in future cases. Next week, in a pair of cases involving teachers at Catholic elementary schools in California, the Supreme Court will consider how courts should determine when an employee is a “minister” for purposes of the exception.

Our Lady of Guadalupe

The first lawsuit was filed against Our Lady of Guadalupe School, a Catholic parish school in Hermosa Beach, California, by Agnes Morrissey-Berru, who taught fifth grade at the school from 1999 until 2015. When the school informed her that her contract would not be renewed, Morrissey-Berru went to the Equal Employment Opportunity Commission, claiming that she had been the victim of age discrimination. After the EEOC gave her permission to sue, she filed a lawsuit in federal district court in California in 2016. The school argued that the lawsuit was barred by the ministerial exception, and the district court agreed.

The second lawsuit was filed against St. James School, a Catholic parish school in Torrance, California – just a few miles away from Our Lady of Guadalupe School – by Kristen Biel, who began teaching fifth grade full-time at the school in 2013. In April 2014, Biel announced that she was being treated for breast cancer. When the school did not renew her contract for the following year, Biel filed a charge with the EEOC, claiming that the school had discriminated against her because she had cancer. The EEOC gave her permission to sue, and she went to court in 2015. The district court agreed with the school that the suit was barred by the ministerial exception.

Both women appealed to the U.S. Court of Appeals for the 9th Circuit, which heard Biel’s case first and reversed. The court of appeals concluded that the ministerial exception normally applies when the employee plays a “religious leadership” role, while Biel’s role “was limited to teaching religion from a book.” Relying on that analysis, a different panel ruled for Morrissey-Berru a few weeks later. The schools asked the Supreme Court to weigh in, which it agreed to do last December.

In their brief in the Supreme Court, the schools explain that a unanimous Supreme Court in Hosanna-Tabor cited four different considerations in concluding that the teacher in that case was a “minister”: her title; the “substance reflected in that title”; her use of her title and the “important religious functions that she performed.” In employment discrimination cases since Hosanna-Tabor, the schools argue, lower courts have generally focused on the functions that an employee carries out, particularly whether the employee conducts worship services and teaches religion. But the 9th Circuit ruled that the “important religious functions” factor, standing alone, is not enough to make someone a minister – even if she has “significant religious responsibilities.”

The 9th Circuit’s rule, the schools assert, is inconsistent with Hosanna-Tabor and the court’s decision to eschew a “rigid formula.” The test should remain flexible, the schools acknowledge, to permit courts to address all the different cases that they may encounter. But in most cases, the “religious functions” factor will be enough to determine whether someone is a minister, “because it most directly reaches the animating purpose of the ministerial exception.” Religious institutions should control religious functions, such as determining or teaching religious doctrine; to do so, the schools reason, the institutions “must control who performs them,” without interference from the government. “The Court gave no indication that these functions must come packaged with a formal title or extensive training for the ministerial exception to apply,” the schools stress.

When the focus is on the functions that the teachers perform, the schools continue, the teachers’ cases are “easy” ones, because Morrissey-Berru and Biel “exercised important religious functions of worship, ritual, and expression.” Both teachers carried out the mission of the Catholic church by communicating its faith to young people: They taught religion to their students “for more hours per week than most parish pastors” and for more hours than the teacher in Hosanna-Tabor, who was deemed a “minister.”  They “accompanied their students to and in worship” and led them in prayer every day, but they also “personified Catholic values and imbued every subject they taught with Catholic beliefs.” And even if the court looks beyond the teachers’ functions at the other factors cited in Hosanna-Tabor, the teachers in this case also had substantive titles weighing in favor of deeming them ministers: They were described as teachers and catechists and had “training designed to make them more effective in those roles.”

The federal government, which filed a “friend of the court” brief supporting the schools, tells the justices that the ministerial exception should bar a lawsuit by “any employee who preaches a church’s beliefs, teaches its faith, or carries out its religious mission, because the independence of virtually all religious groups depends on the government’s avoiding interference in those matters.” But if a case is close, the federal government argues, courts should defer to the institution and find that the exception applies as long as the institution “sincerely regards its employee as performing such important religious functions.”

In their brief in the Supreme Court, Morrissey-Berru and Darryl Biel (Kristin’s husband, who took her place in the lawsuit after she passed away last year) stress that a rule that hinges on whether an employee performs “important religious functions” “would turn the [ministerial] exception inside out” because so many employees at religious institutions, from “nurses in hospitals” to “counselors in summer camps,” play roles that are considered critical to the institutions’ religious missions. To put it another way, either everyone working for those institutions would be an essential employee, or courts would have to dig deep to distinguish between employees who serve critical religious functions and those who do not, which would be contrary to the purpose of the ministerial exception.

Instead, Morrissey-Berru and Biel explain, the framework that the court outlined in Hosanna-Tabor, which draws on “lower courts’ decades of experience with the issue,” looks primarily for official and objective signs that the institution regards the employee as a minister – for example, the employee’s title, whether the employee was trained as a minister and whether the employee represented herself as a spiritual leader. Focusing on all of these factors together, rather than solely on the functions that an employee performs, avoids the practical problems that the schools’ test would create, Morrissey-Berru and Biel suggest, by allowing courts not to probe the inner workings of religious institutions. The bright lines that would be established by focusing on an employee’s designated title and training would benefit both the employee and the institution: They would put the employee on notice that secular employment discrimination laws may not apply to her, while at the same time sending a “clear and powerful message that the church has put its faith in” that employee’s hands.

When the proper framework is applied, Morrissey-Berru and Biel continue, it is clear that the teachers in this case were not “ministers.” They were not designated as spiritual leaders – their contracts simply described them as “teachers” – and they did not have any religious training before beginning their jobs at the schools; indeed, they didn’t even have to be Catholic. They spent “the overwhelming majority of their time” teaching subjects that had nothing to do with the Catholic faith; when they did teach religion, it was from a workbook. Moreover, Morrissey-Berru and Biel emphasize, they are asking the justices for a narrow ruling that would not “disturb other legal protections that generally insulate religiously motivated employment decisions from judicial scrutiny.” “There is no doubt,” they concede, “that religious employers have special concerns and should often be treated differently from other employers.”

This post has been corrected to describe more accurately the Supreme Court’s decision in Hosanna-Tabor Lutheran Church and School v. EEOC.