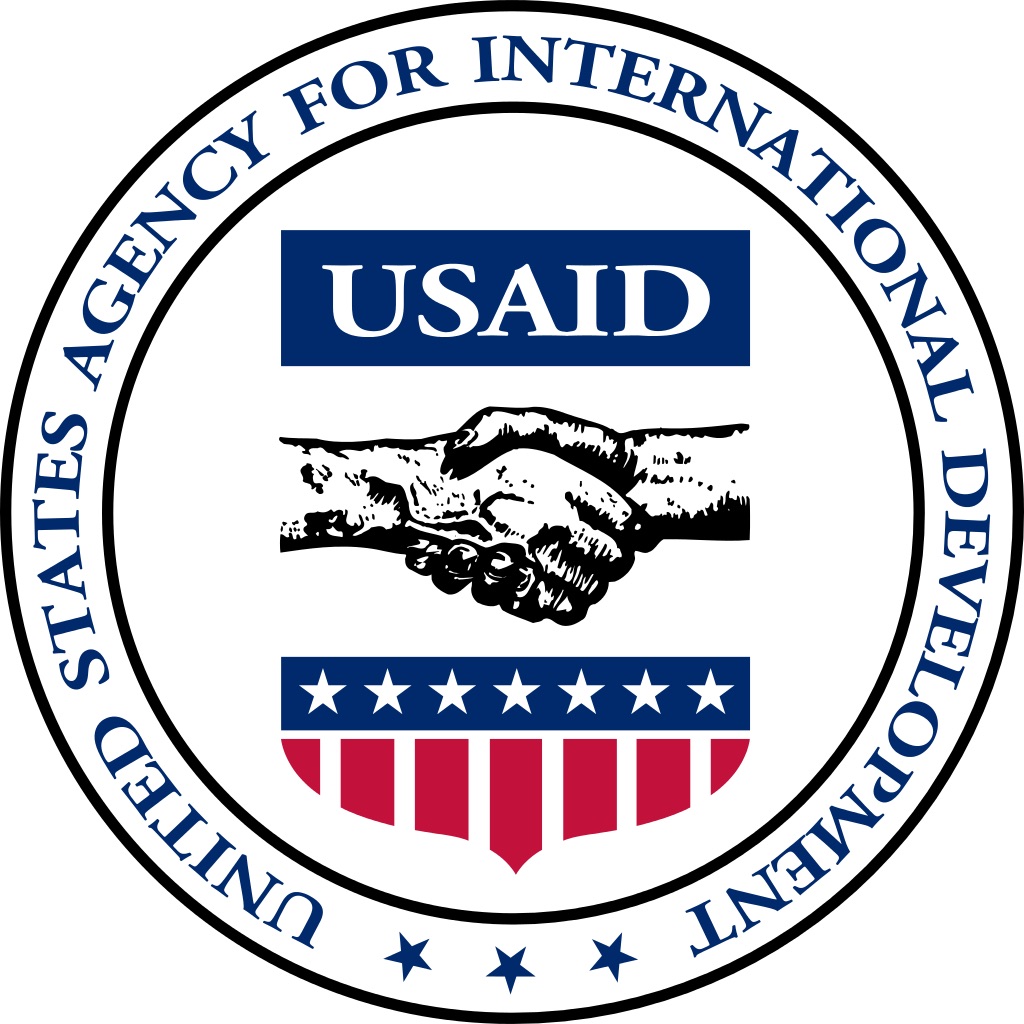 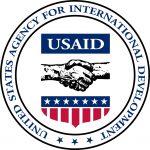 In 2003, Congress passed the United States Leadership Against HIV/AIDS, Tuberculosis, and Malaria Act, which has provided billions of dollars to fund efforts to combat HIV/AIDS overseas. Among other things, the law contains a requirement that organizations receiving funds to fight HIV/AIDS “have a policy explicitly opposing prostitution and sex trafficking.” Seven years ago, the Supreme Court ruled that such a condition violates the First Amendment when applied to nongovernmental organizations based in the United States. Next week the justices will hear oral argument in a twist on that question: Can the government enforce the requirement against the foreign affiliates of the same U.S.-based NGOs, or does that also violate the First Amendment?

The challengers in the case are four U.S.-based NGOs that work to fight HIV/AIDS in more than 120 countries through global networks of entities that share their names and missions. When the government continued to apply the funding condition to the NGOs’ foreign affiliates after the Supreme Court’s 2013 decision, the NGOs returned to federal court. A federal district judge in New York ruled that the application of the funding condition to the foreign affiliates violates the First Amendment rights of the U.S.-based NGOs, and the U.S. Court of Appeals for the 2nd Circuit upheld that ruling. The federal government asked the Supreme Court to weigh in, which the justices agreed to do last year.

In its brief on the merits, the government begins by emphasizing that the HIV/AIDS crisis had “assumed pandemic proportions” by 2000. This was particularly true in sub-Saharan Africa, the government explains, where HIV/AIDS was “expected to kill a quarter of the population” and was therefore regarded as “a threat to U.S. national security.” Congress passed the act in response to this crisis, the government continues, and the act “makes clear that ‘eradicating prostitution is an integral part of the comprehensive strategy Congress envisioned in the fight against HIV/AIDS.’”

The government acknowledges that U.S.-based NGOs like the challengers in this case “deserve credit and gratitude for their role in the success of the” act. But it stresses that the question before the justices, while “important,” is also narrow. Under the Constitution, the government emphasizes, Congress has “broad authority to set limits on the use and distribution of federal funds.” If potential recipients do not like those limits, they can decline to accept the funds. Although what is known as the unconstitutional-conditions doctrine bars the government from requiring someone to give up constitutional rights to obtain a discretionary benefit like government funding, that doctrine only applies to recipients that have constitutional rights – which, the government maintains, foreign NGOs operating abroad do not.

In this case, the government continues, the 2nd Circuit ruled that enforcing the funding condition against foreign NGOs violates the First Amendment rights of the U.S. groups affiliated with the foreign NGOs. “No legal principle supports that proposition,” the government says: As the U.S. groups concede, they are legally separate entities from the foreign NGOs and therefore have different rights and responsibilities. There is no reason to treat the U.S. NGOs and their foreign affiliates as the same entity for constitutional purposes.

The U.S. NGOs’ argument would, the government cautions, lead to “untenable consequences” – for example, it would mean that the federal government could not enforce a condition requiring a South African NGO operating in South Africa to have a policy against apartheid if the South African NGO were affiliated with a white supremacist group in the United States, because the white supremacist group could argue that enforcing the condition against the South African group would violate its own rights. The U.S. NGOs and their foreign affiliates, the government concludes, “have made a conscious choice to maintain legal independence from each other. They are entitled to enjoy the benefits of that choice,” the government concedes, but they can’t avoid the “obligations that come with that same decision.”

The Supreme Court’s 2013 decision didn’t say anything about whether the government could apply the funding requirement to the U.S. NGOs’ foreign affiliates, the government writes. Although the court did conclude that creating foreign affiliates would not solve the First Amendment problem in that case, because the U.S. NGOs would still not be able to express their true views on prostitution and sex trafficking “outside the funding program without facing a risk of evident hypocrisy,” that reasoning doesn’t apply to this scenario because the funding requirement does not apply to the U.S. NGOs.

In their brief in the Supreme Court, the U.S. groups stress that, together with their foreign affiliates, they have a “unified global identity” even if they are legally separate entities. The groups “share a common mission and speak with a single voice about their public-health efforts and guiding principles” – a single voice that is essential to the work that they do. As part of this work, the U.S. groups explain, they would rather not take “stances on contentious political and culture issues.” Specifically, without the funding requirement, the domestic NGOs would not adopt policies opposing prostitution, nor would they allow their foreign affiliates to do so. Indeed, the U.S. groups note, they and their affiliates often partner with sex workers on programs that have a track record of reducing HIV-infection rates. It would be counterproductive for them to publicly announce a view that stigmatizes those workers, and it would affect their “privately funded speech about HIV/AIDS prevention in publications, at conferences, and in other forums.”

But in any event, the U.S. groups continue, the funding requirement cannot be enforced against the foreign affiliates because they are so closely affiliated with the U.S. NGOs that doing so would infringe on the U.S. groups’ speech. As a result, the U.S. groups tell the justices, this case is solely about their own First Amendment rights; it has “nothing to do with the rights of foreign organizations or any effort they might make to don the mantle of the First Amendment by claiming to partner with a U.S. organization.”

It doesn’t matter that their foreign affiliates are legally separate entities, the U.S. groups maintain, because the U.S. groups will still be harmed by the funding requirement. If for example, CARE in India is required to have a policy publicly opposing prostitution and sex trafficking, that would preclude CARE USA from staying neutral or taking the opposite position without looking hypocritical. Applying the funding requirement to foreign affiliates would therefore leave U.S. NGOs in the same position that the court addressed in its 2013 decision.

The U.S. NGOs also push back against the government’s suggestion that the funding requirement is essential to the operation of the act and the fight against HIV/AIDS. The U.S. groups agree that the act “has been the cornerstone of an anti-HIV/AIDS program that has seen great success around the world.” But the funding condition itself, they counter, “has played no role in achieving that result” – indeed, they note, some “of the world’s largest public-health agencies, accounting for a substantial portion of all” spending under the act, do not have to comply with the funding condition.

On this point, the NGOs are supported by a “friend of the court” brief filed by a bipartisan group of current and former members of Congress who were involved in drafting the act, including two former Senate majority leaders – Tom Daschle, a Democrat from South Dakota, and William Frist, a Republican from Tennessee who is also a physician. Congress believed that education and counseling were the best way to address prostitution that does not involve violence or coercion, the members argue. The funding condition is not a linchpin “of Congress’s anti-HIV/AIDS regime, but an addendum to it.” The members describe themselves as “surprised and disappointed that the executive branch would both attempt to evade this Court’s ruling and usurp Congress’s lawmaking authority in this way.”

Another brief supporting the NGOs comes from Adventist Development and Relief Agency International, “the global humanitarian organization of the Seventh-day Adventist Church.” While stressing that it is “firmly opposed to prostitution and sex trafficking,” ADRAI tells the justices that the government’s view in this case “would have the Court focus on corporate-law technicalities and disregard the real-world impacts on nonprofits’ spiritual and humanitarian missions”: “Forcing the foreign affiliate of a U.S. religious organization to affirm a belief that the organization does not actually hold undermines” the principle that the organization’s beliefs are “fundamental and applicable wherever” the organization operates.

When the court heard oral argument seven years ago, the vote was 6-2, with Justice Elena Kagan recused. Kagan is recused again, and the composition of the court has changed, but lawyers for the U.S. NGOs are no doubt hoping for an equally wide margin.