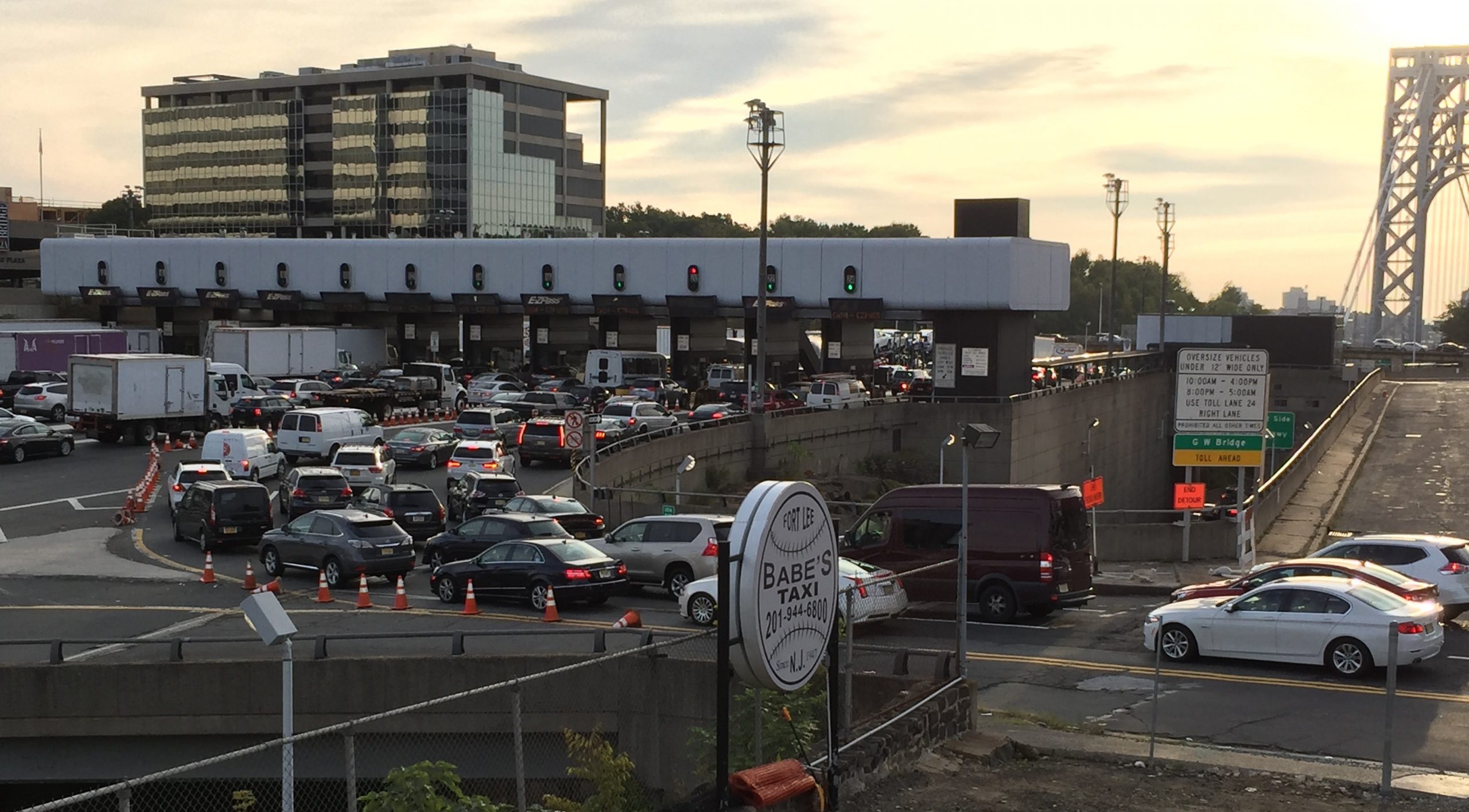 Editor’s Note: An earlier version of this post ran on September 23, 2019, as an introduction to this blog’s symposium on Kelly v. United States, as well as at Howe on the Court, where it was originally published.

For residents of Fort Lee, New Jersey, the first day of school in September 2013 was a memorable one – and not in a good way. The traffic patterns on the George Washington Bridge, which crosses the Hudson River into New York at Fort Lee, had been abruptly altered, so that only one lane (instead of the normal three) was reserved for drivers accessing the bridge from Fort Lee. Gridlock ensued, with commuters and school buses on the streets of Fort Lee delayed for hours. In one case, paramedics responding to a 911 call had to get out of their ambulance and walk. It was later revealed that the decision to change the lanes had been made to retaliate against Mark Sokolich, the Democratic mayor of Fort Lee, after he declined to endorse then-New Jersey Governor Chris Christie, who was up for reelection in 2013. The move was a piece of political payback; next week, the Supreme Court will hear oral argument on whether it was also a federal crime.

The George Washington Bridge – the busiest bridge in the world – is operated by the Port Authority of New York and New Jersey, a joint venture between the two states that receives significant support from the federal government. On the bridge’s upper deck, there are 12 toll lanes going from New Jersey into New York. Under a decades-old arrangement, three of those 12 lanes have been separated from the others during the morning rush hour with traffic cones to allow local traffic from Fort Lee to cross the bridge more easily.

But when Sokolich refused to endorse Christie, David Wildstein – a Port Authority staffer who effectively served as the chief of staff to William Baroni, whom Christie had named as the deputy executive director of the Port Authority – told Bridget Anne Kelly, Christie’s deputy chief of staff, that the Port Authority could “close down those Fort Lee lanes” on the bridge “to put some pressure” on Sokolich. Kelly responded in an email: “Time for some traffic problems in Fort Lee.” To justify the change to the traffic patterns, Wildstein, Baroni and Kelly falsely told Port Authority employees that they were conducting a traffic study. The trio also agreed to deviate from normal protocol and give only last-minute notice of the lane closures. The new traffic patterns also came at a cost to the Port Authority itself, which had to pay approximately $5,400 to have an extra toll collector standing by and for traffic engineers to carry out the phony traffic study.

After three days, the executive director of the Port Authority learned about the traffic changes and ordered Port Authority employees to restore the three dedicated lanes for traffic from Fort Lee. Wildstein, Baroni and Kelly were all fired or forced to resign, and Christie’s public-approval ratings plummeted.

The U.S. Court of Appeals for the 3rd Circuit upheld Kelly’s and Baroni’s convictions, concluding that the requirements of the fraud statutes had been met: Kelly and Baroni had engaged in deception when they made up the fictitious traffic study to justify the change to the traffic patterns, and their lies deprived the Port Authority of property – the otherwise unnecessary labor of its employees and its right to control the bridge lanes. Kelly asked the Supreme Court to weigh in, which it agreed to do last summer; Baroni has joined her in asking the justices to overturn their convictions.

In their briefs on the merits, Kelly and Baroni emphasize that, under the Supreme Court’s precedent, even if their conduct may have been “petty, sensitive, and ill-advised,” it wasn’t fraud. They explain that they could not have deprived the Port Authority of property because the government’s power – such as the power to change traffic patterns – is not, for purposes of the fraud statutes, a property interest. Any other conclusion, they suggest, “would put every official action in the sights of the fraud laws, turning them into broad government ethics codes.”

More broadly, Kelly and Baroni argue, if the 3rd Circuit’s decision is allowed to stand, a public official who lies about the real reason for a decision that would otherwise be legal will have defrauded the government of property — at a minimum, her own labor. If that official uses the phone or email as part of her plan, or works for a government that receives federal money, then she can be guilty of a federal crime. Such a rule, they warn, would have sweeping and pernicious effects, potentially exposing to prosecution a “deputy mayor who orders pothole repair to reward her boss’s political base” or someone who appoints a friend to a job and says he is best qualified. Invoking the Supreme Court’s recent decision in the challenge to the decision to add a question about citizenship to the 2020 census, they note that the rule would even extend to a Secretary of Commerce who “causes dozens of lawyers to conduct an ‘unnecessary’ defense of” that decision. In short, they predict ominously, upholding the lower court’s decision “would transform the judiciary into a Ministry of Truth for every public official in the nation. And it would readily enable partisans not just to harangue and harass political opponents—but to prosecute and jail them.”

For its part, the federal government rejects Kelly and Baroni’s characterization of the 3rd Circuit’s decision as creating liability whenever a public official announces a reason for her action that is not her actual motivation. Kelly and Baroni, the government stresses, were not convicted because they misrepresented the motives for a decision that would have otherwise been legal, and the jury was specifically instructed that it did not need to determine whether Kelly and Baroni had hidden political motives. The government explains that an official who has the sole power to make a decision will not be liable under the fraud statute just because she allows that decision to be influenced by politics. A mayor could, for example, prioritize plowing snow in a neighborhood where he was seeking votes, even while announcing that public safety was the reason for plowing that neighborhood first. But that wasn’t the case here, the government notes: Kelly and her co-conspirators had to concoct a fake traffic study precisely because they didn’t have the power to change traffic patterns on their own.

Instead, the government contends, this is a straightforward case under the federal fraud statutes because Kelly and her co-conspirators lied to carry out a plan that did not serve any legitimate purpose but would nonetheless deprive the Port Authority of its property. It is “well established” that the labor of public employees can be “property” for purposes of the fraud statutes, the government stresses, and here the Port Authority had to pay thousands of dollars in overtime wages for toll workers as a result of the changes to the traffic pattern, while the phony traffic study also required the Port Authority to spend nearly $2,000 on pointless work by traffic engineers. Moreover, the government added, Kelly, Baroni and Wildstein could not have carried out the changes in the traffic patterns without lying about them: Once the executive director of the Port Authority became aware of the lane changes, he immediately ordered a return to the original setup.

Three and a half years ago, the Supreme Court gutted public-corruption charges against former Virginia Governor Robert McDonnell. Writing for a unanimous court, Chief Justice John Roberts acknowledged that McDonnell’s behavior was “distasteful” and that the case against him was “tawdry,” but Roberts emphasized that the court was worried about the “broader legal implications of the government’s boundless interpretation of the federal bribery statute.” Kelly and Baroni clearly hope that the justices will harbor similar concerns about the 3rd Circuit’s interpretation of the fraud statutes in their case; we’ll know more after the oral argument about whether that is likely to be true.