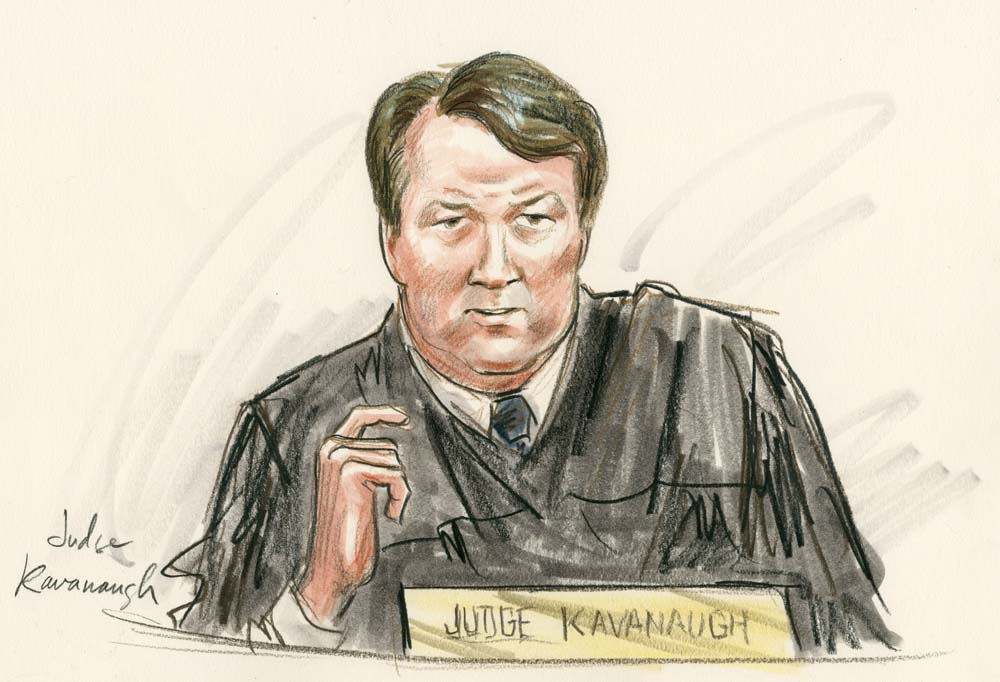 On July 9, 2018, President Donald Trump nominated Brett Kavanaugh, then a 53-year-old appeals court judge, to fill the vacancy created by the retirement of Justice Anthony Kennedy. Republicans praised the pick and made plans to move forward quickly with a hearing and a vote, while Democrats rallied against Kavanaugh’s nomination but acknowledged that his confirmation was assured unless a few Republicans crossed the aisle.

On September 4, the Senate Judiciary Committee began the hearing. The four days were contentious, as Democratic senators complained about their lack of access to documents from Kavanaugh’s time in the George W. Bush White House and grilled the nominee about his views on issues like gun rights and reproductive freedom. Testimony was often interrupted by protesters, while women stood silently outside the hearing room in red gowns and white bonnets, evoking the dystopian novel “The Handmaid’s Tale.”

After the hearing, Kavanaugh appeared to be headed toward confirmation before the new term started on October 1. But less than two weeks later, a California psychology professor named Christine Blasey Ford went public with allegations that as a teenager in the early 1980s, Kavanaugh had sexually assaulted her during a party in the Washington, D.C., suburbs.

Kavanaugh denied Ford’s accusation, but on September 27 the Senate Judiciary Committee reconvened to hear testimony from both Kavanaugh and Ford. Over 20 million people watched the hearing on television, with millions more streaming it on their computers and phones.

Ford appeared first. Describing herself as “terrified,” she alleged that she attended a party at which she was pushed into a bedroom, where she believed that a “visibly drunk” Kavanaugh was going to rape her. During breaks in Ford’s testimony, callers shared stories of their own sexual assaults on C-SPAN.

An angry Kavanaugh then took his seat at the witness table. In an opening statement that Matt Damon would later parody on “Saturday Night Live,” Kavanaugh protested that his confirmation process had become “a national disgrace,” and he maintained that he had “never sexually assaulted anyone.” Kavanaugh’s nomination was voted out of committee the next day, although not before Sen. Jeff Flake, R-Ariz., called for a short delay in the final vote to allow for a supplemental FBI investigation into the allegations.

On October 6, Kavanaugh was confirmed to the Supreme Court; the final vote in the Senate was 50-48.