Argument preview: Justices to consider limits on appeals courts’ authority to review decisions of the Board of Immigration Appeals 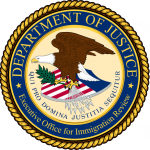 It has been 18 years since the Supreme Court’s decision in Immigration & Naturalization Service v. St. Cyr, a case about the scope of a jurisdiction-stripping statute aimed at preventing U.S. courts of appeals from considering decisions made by the Board of Immigration Appeals, known as the BIA. In St. Cyr, the court assessed 8 U.S.C. § 1252(a)(2)(C), which strips federal appellate courts of jurisdiction to review deportation orders when noncitizens are convicted of certain crimes. The Supreme Court determined that reading this statute to preclude review of “a pure question of law” would create “substantial constitutional questions.”

Congress responded to the decision in St. Cyr in 2005 by adding a statutory provision: 8 U.S.C. § 1252(a)(2)(D), an exception to the jurisdiction-stripping provision that specifically authorizes the courts of appeals to consider “questions of law.” That provision is now before the court in the consolidated cases Guerrero-Lasprilla v. Barr and Ovalles v. Barr.

Like St. Cyr, these cases ask whether a statute prevents U.S. courts of appeals from reviewing decisions of the BIA. Specifically, they present this question: If a noncitizen files an untimely motion to reopen a deportation case, asks forgiveness for their tardiness and is denied forgiveness by the BIA, can federal appeals courts review the BIA’s decision? Or has Congress stripped those courts of jurisdiction to hear such a case?

The petitioners, Pedro Pablo Guerrero-Lasprilla and Ruben Ovalles, are noncitizens and former lawful permanent residents who filed motions to reopen the cases that led to their removal from the United States. Normally, motions to reopen must be filed “within 90 days of the date of entry of a final administrative order of removal.” Guerrero-Lasprilla and Ovalles did not file their motions within this time frame. Ovalles filed nearly 13 years after his removal, and Guerrero-Lasprilla filed 18 years after his. Both men argue that their motions should have been equitably tolled, meaning that the delay in their filing should have been forgiven and their late motions treated as timely.

Ovalles filed his motion to reopen directly with the BIA, and the BIA rejected it. Guerrero-Lasprilla filed his motion to reopen with the immigration court that ordered him removed; an immigration judge rejected his motion, and the BIA affirmed that decision. Guerrero-Lasprilla and Ovalles then individually appealed to the U.S. Court of Appeals for the 5th Circuit. The 5th Circuit dismissed both appeals, reasoning that Congress had stripped the federal courts of appellate jurisdiction.

Ordinarily, under 8 U.S.C. § 1252(a)(1), noncitizens can appeal decisions of the BIA to a U.S. court of appeals. Congress has, however, stripped the courts of appeals of jurisdiction to consider appeals by noncitizens convicted of certain crimes in Section 1252(a)(2)(C). Both of the petitioners have qualifying criminal convictions: Guerrero-Lasprilla was convicted of conspiracy to possess cocaine base and possession with intent to distribute, while Ovalles was convicted of attempted possession of drugs, an aggravated felony.

Guerrero-Lasprilla and Ovalles contend that appellate review would still have been appropriate under Section 1252(a)(2)(D), the post-St.Cyr provision allowing appeals-court review of questions of law. They argue that the facts are undisputed, and the case centers on a question of law: namely, whether the BIA applied the wrong legal standard in assessing their eligibility for equitable tolling.

Noncitizens are entitled to equitable tolling of a motion to reopen only if they can establish that they have diligently pursued their rights. In Ovalles’ case, the BIA determined that his diligence should be measured from the moment in 2016 when a promising 5th Circuit case, Lugo-Resendez v. Lynch, was decided, indicating a potential avenue for relief. Ovalles argues that the period should not be measured from the moment the case was decided, but rather from the moment he learned about it. The question, as Ovalles frames it, is whether the BIA incorrectly held him to a standard of “maximum feasible diligence” as opposed to the governing “reasonable diligence” standard.

Guerrero-Lasprilla argues that the 5th Circuit should have concluded that he was unable to reopen his case before Lugo-Resendez was decided. That is, Lugo-Resendez removed obstacles that would have prohibited an earlier motion to reopen.

The government’s argument in response is that both cases turn on factual issues. Specifically, the solicitor general argues that “whether an alien acted diligently in attempting to reopen removal proceedings for purposes of equitable tolling is a factual question.” The government points out that conclusions of fact are governed by the general jurisdiction-stripping provisions of Section 1252(a)(2)(C) because they do not fall within the exception for “questions of law” laid out in Section 1252(a)(2)(D). The government concludes that the 5th Circuit did not have jurisdiction to review the denial of the petitioners’ motions to reopen.

A secondary issue is whether the BIA’s equitable-tolling decisions involve mixed questions of fact and law. This issue is secondary because Guerrero-Lasprilla and Ovalles claim that there are no disputed facts in the case, and the government argues that the question of diligence is always factual.

Even though neither party is pushing the mixed law/fact categorization, the justices may choose to explore this path. If they do, they’ll need to confront whether mixed questions of law and fact should count as “questions of law” under Section 1252(a)(2)(D).

When the U.S. Court of Appeals for the 9th Circuit confronted the law/fact/mix choice in Ghahremani v. Gonzales, it held that mixed questions of law and fact are legal questions. Ghahremani, like the present cases, considered the issue of whether a noncitizen had diligently pursued a motion to reopen for purposes of equitable tolling. The relevant facts were undisputed. The only issue was whether the facts should lead to equitable tolling. The 9th Circuit determined it had jurisdiction under Section 1252(a)(2)(D) to consider that issue.

Guerrero-Lasprilla and Ovalles embrace Ghahremani as evidence of a circuit split that the Supreme Court should resolve. After all, they argue, had they been able to appeal to the 9th Circuit instead of the 5th, they would have had their equitable-tolling issues considered on appeal and not dismissed for lack of jurisdiction. The government, in contrast, asks the court to reject the 9th Circuit’s construction of Section 1252(a)(2)(D) and clarify that the provision applies only to questions of law, not mixed questions of law and fact.

If the court chooses to resolve this issue, doing so will likely require examination of the legislative history behind Section 1252(a)(2)(D), which was enacted as part of the REAL ID Act in 2005. Interestingly, early versions of the provision included the word “pure,” as in “pure question of law.” However, that word was eliminated as “superfluous.” The record indicates that Congress intended the “question of law” provision to “permit judicial review over those issues that were historically reviewable on habeas.” Determining just what issues would be considered “historically reviewable on habeas” is a complex proposition, and both parties and a number of amici are spilling copious amounts of ink in the process.

Lurking in the background of this case are formidable policy questions that are largely ignored by the parties. Would review of equitable-tolling issues overwhelm the courts of appeals? To what extent should federal courts defer to the findings and conclusions of the BIA? Look for the justices to potentially ask questions about these larger issues during oral argument on December 9.