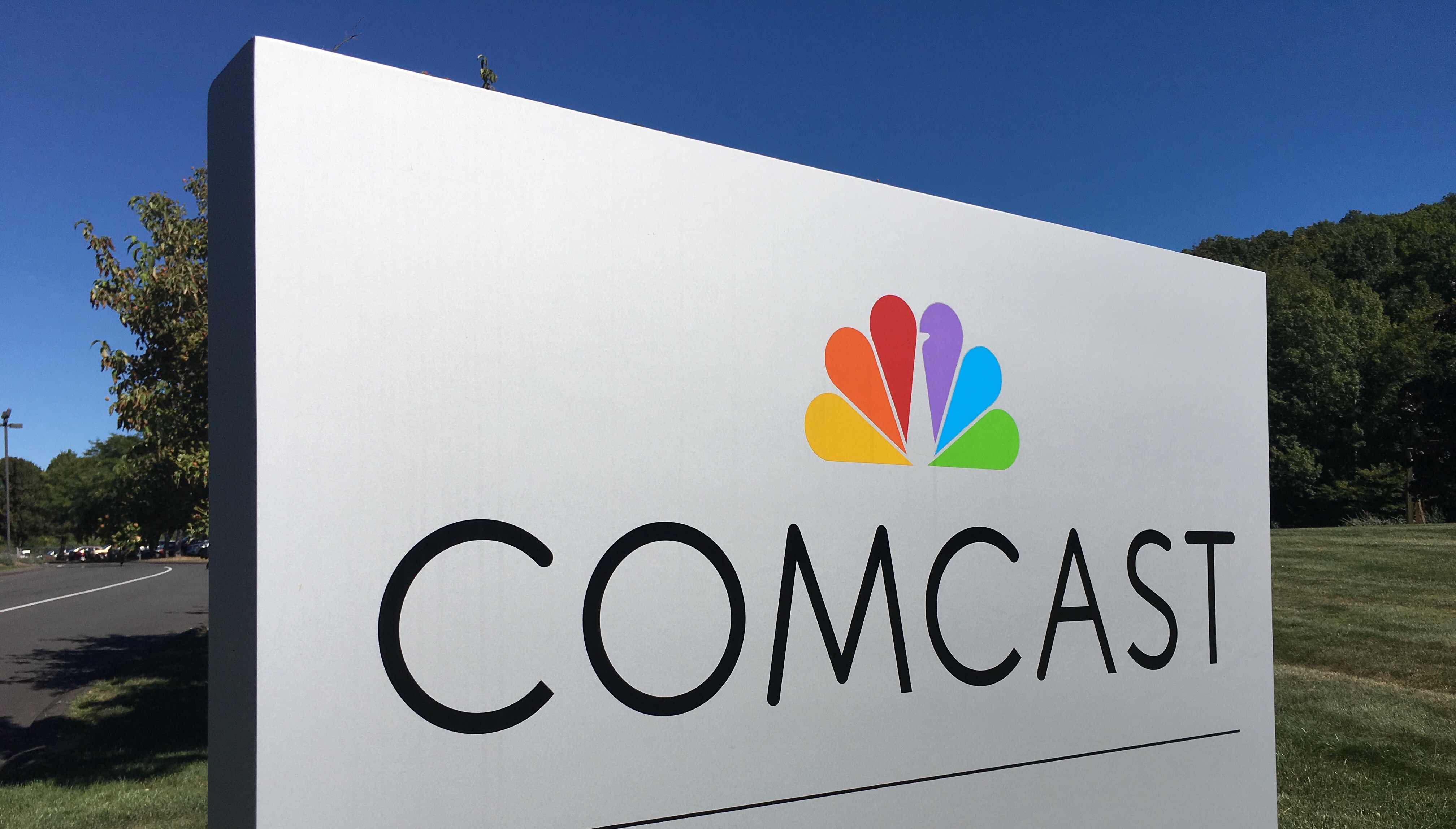 When the justices return to the bench next Tuesday, they will hear oral arguments in the challenge to the Trump administration’s decision to end the Deferred Action for Childhood Arrivals program, known as DACA, and in a dispute over the cross-border shooting of a Mexican teenager by a U.S. Border Patrol agent. 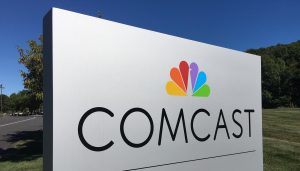 On Wednesday, they will turn to Comcast v. National Association of African American-Owned Media, a case that turns on the interpretation of one of the country’s oldest civil rights laws. Although this case may have a lower profile than the ones that come before it, both sides tell the justices that the stakes are high.

The case arose when Entertainment Studios Network – which is owned by actor and comedian Byron Allen, who is African American – and the National Association of African American-Owned Media (which is affiliated with ESN) sued Comcast. They claimed that Comcast’s decision not to carry several television channels – including JusticeCentral.TV, Pets.TV and Recipe.TV – that ESN describes as “lifestyle channels with general audience appeal” was motivated by racial discrimination. And that, they contended, violated 42 U.S.C. § 1981, a part of the Civil Rights Act of 1866 that bars racial discrimination in contracts.

The district court threw out the lawsuit, concluding that ESN and the association had not properly alleged that Comcast’s refusal to carry ESN’s television channels was motivated by race, rather than by legitimate business reasons. But the U.S. Court of Appeals for the 9th Circuit allowed ESN’s lawsuit, which was seeking billions of dollars in damages, to go forward: It rejected Comcast’s contention that ESN would need to show “but for” causation – that is, that the companies would not have turned down ESN were it not for Allen’s race. Instead, the 9th Circuit ruled, ESN merely needed to show (and had sufficiently alleged) that race was one “motivating factor” in the company’s decision. Comcast then went to the Supreme Court, which agreed in June to weigh in.

In its brief in the Supreme Court, Comcast complains that ESN has alleged what Comcast describes as “an outlandish racist conspiracy between Comcast, the federal government, the NAACP, and other civil-rights groups and leaders to disadvantage wholly African American-owned networks in violation of” Section 1981. But in any event, Comcast continues, the text of Section 1981 can only be interpreted as requiring “but for” causation. It provides, Comcast explains, that everyone in the United States must have “the same right” as white citizens “to make and enforce contracts.” If the defendant would have made the same decision about whether to enter into a contract if the plaintiff had been white, Comcast reasons, then the plaintiff had the “same right” to enter into the contract. This interpretation is also consistent, Comcast suggests, with the Supreme Court’s earlier cases interpreting the Civil Rights Act of 1866 as requiring the plaintiff to show that the decision in dispute was made “because of” the plaintiff’s race—“language that unmistakably connotes but-for causation.” Therefore, Comcast concludes, ESN’s complaint must allege, and it must prove, that Comcast’s decision not to enter into a contract would have been different were it not for the race of the company’s owners.

This interpretation of Section 1981 as requiring plaintiffs to allege “but for” causation is supported by the history and background of the law, Comcast explains. When Congress enacted the Civil Rights Act of 1866, it was well established that, as part of any tort claim, the plaintiff was required to show that his injury would not have occurred without the defendant’s conduct, and Congress is presumed to have adopted Section 1981 against this backdrop. Congress did not adopt a “motivating factor” standard until the Civil Rights Act of 1991. But even then, it made clear that the less stringent standard only applies to some claims in Title VII of the Civil Rights Act of 1964, which the 1991 law amended, and that the kinds of compensatory and punitive damages available for violations of Section 1981 (and which ESN seeks in this case) are not available for such claims. Under the 9th Circuit’s rule, Comcast warns, a plaintiff could get around these “carefully crafted” limitations by bringing another claim under Section 1981. And the fact that Congress made other changes to Section 1981, but didn’t amend it to apply the “motivating factor” standard, also leads to the conclusion that Section 1981 requires “but for” causation.

When the “but for” causation standard is applied, Comcast continues, ESN’s allegations fall short of stating a proper claim under Section 1981. Comcast assures the justices that there are other reasons, having nothing to do with race, why Comcast decided not to carry ESN’s networks – for example, a lack of bandwidth to carry the networks and a desire to focus on news and sports channels. And indeed, it notes, Comcast has “for decades carried numerous” other African American-owned networks, including other networks whose ownership is wholly African American.

In its brief, ESN counters that Comcast’s proposed rule would prohibit a plaintiff “who alleges that race was a motivating factor for the refusal to contract” from conducting fact-finding on his claims, “no matter how strong the evidence of racism unless the plaintiff could meet the stringent requirement of plausibly alleging that race was the but-for cause of the refusal to contract.” Such a task will be difficult, ESN tells the justices, because “the defendant typically is the only party with access to evidence of the defendant’s motives.”

Moreover, ESN contends, in its earlier cases the Supreme Court has already endorsed a different rule – less stringent than “but for” causation – for Section 1981 claims. The justices have ruled that courts should use a “burden-shifting framework,” which initially requires the plaintiff to provide evidence suggesting discrimination but then shifts the burden to the defendant to demonstrate that there is a legitimate and nondiscriminatory reason for its decision. Congress, ESN argues, tacitly approved that standard when it amended parts of the Civil Rights Act in 1991 but “left the burden shifting holding of this decision untouched.”

ESN claims that its “motivating factor” standard also finds support in the text of Section 1981, which requires that African Americans have the “same” – which, according to the dictionary, should mean identical – rights as white citizens when contracting. But African Americans don’t have the same rights, ESN posits, if they are turned down and their race is a motivating factor behind that decision. Section 1981 also lacks terms such as “because,” “because of” and “based on,” which are not only found in other civil rights statutes that the Supreme Court has interpreted as requiring “but for” causation but were in fact a key part of the court’s reasoning in its cases interpreting those statutes.

In ESN’s view, the history surrounding Section 1981 favors its interpretation. First, the Civil Rights Act of 1966 instructs courts that they should not rely on existing law when it would not provide an adequate remedy. Congress certainly would not have intended for courts to apply the law in effect at the time “to deny access to the courts when there are plausible allegations that a defendant was motivated by intentional racial discrimination in refusing to contract.” And in any event, there was no tradition of requiring “but for” causation in cases involving intentional torts, which are most analogous to Section 1981. The cases that Comcast cites, ESN points out, involve allegations that the defendant was negligent, not that the defendant acted intentionally. Its interpretation, ESN continues, is also more consistent with Congress’ purpose in enacting the Civil Rights Act and Section 1981: to create a “sweeping” bar on racial discrimination.

And although it’s true that in 1991 Congress amended parts of Section 1981 without adding a “motivating factor” standard, while it did so elsewhere in the Civil Rights Act of 1866, Congress made clear that those amendments were intended as a specific response to decisions by the Supreme Court that narrowed the scope of Section 1981. Congress would not have needed to add the “motivating factor” standard to Section 1981 when the Supreme Court had not indicated that the standard would not apply in Section 1981 cases, ESN emphasizes.

Even if the justices agree with Comcast, ESN notes, the question of whether ESN has properly alleged “but for” causation in its complaint is not before them. Instead, ESN urges the court to send the case back to the lower courts for them to take a look.

The two sides frame the implications of the justices’ decision in stark terms. Comcast cautions the court that if the 9th Circuit’s ruling is allowed to stand, “a party may be held liable for racially discriminatory contracting—and subjected to compensatory and punitive damages—even where it would have made the same contracting decision irrespective of race.” And in a “friend of the court” brief supporting Comcast, the Chamber of Commerce stresses that a ruling for ESN “would invite tenuous allegations of discrimination and make it difficult to resolve cases” at the early stages, “requiring fact-heavy trials into defendants’ subjective mindsets.”

ESN paints a different, but even more foreboding, picture, telling the justices that “Comcast’s proposed pleading standard would effectively shut the door to the federal courts for African Americans and other people of color who are treated differently in contracting because of race.”