In the fall of 2002, John Allen Muhammad and Lee Boyd Malvo terrorized the Washington, D.C., 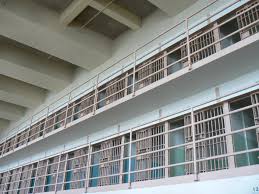 metropolitan area. Dubbed the “D.C. snipers,” Muhammad and Malvo randomly shot and killed 12 people and badly injured six more. Muhammad was sentenced to death and executed in 2009, while Malvo – who was only 17 at the time of the shootings – was sentenced to life in prison without the possibility of parole. Next week the Supreme Court will hear oral argument on whether a pair of decisions from 2012 and 2016, involving life sentences for juveniles, require him to be resentenced.

In 2012, in a case called Miller v. Alabama, the Supreme Court announced that mandatory life-without-parole sentences for defendants who were under the age of 18 when they committed their crimes violate the Eighth Amendment’s ban on cruel and unusual punishment. Four years later, in Montgomery v. Louisiana, the court ruled that Miller’s ban on life-without-parole sentences applies retroactively to convictions that had become final before Miller was decided. The key question in Wednesday’s oral argument is how broadly those decisions apply.

In the wake of the court’s decision in Miller, Malvo – who admitted that he had been the “triggerman” in several of the shootings – went to federal district court in Virginia, seeking a ruling that his sentences were unconstitutional. The district court agreed, and the U.S. Court of Appeals for the 4th Circuit upheld that decision. It reasoned that although Miller and Montgomery had both involved mandatory life-without-parole sentences, the Supreme Court in Montgomery had made clear that the Constitution more broadly “bars life-without-parole sentences for all but those rare juvenile offenders whose crimes reflect permanent incorrigibility.” Therefore, the court of appeals concluded, although the “crimes committed by Malvo and John Muhammad were the most heinous, random acts of premeditated violence conceivable,” Malvo should be resentenced, because the jury and judge had not considered whether a less severe sentence might be more appropriate in light of Malvo’s youth. Virginia asked the Supreme Court to review that ruling, which it agreed to do last spring.

In its brief in the Supreme Court, Virginia (on behalf of Randall Mathena, the warden of the prison where Malvo is incarcerated) maintains that Miller dealt only with mandatory life-without-parole sentences. Indeed, the commonwealth stresses, the Supreme Court’s “25-page-opinion in Miller uses some variation of the word ‘mandatory’ 48 times, and every statement that is even arguably a holding is specifically limited to mandatory life-without-parole sentences.” Nothing about the court’s opinion in Montgomery is helpful to Malvo, the commonwealth continues, because Montgomery only made the court’s limited ruling in Miller retroactive – as shown, for example, by the court’s description of the “effect” of its decision in terms of whether resentencing was required “in every case where a juvenile offender received mandatory life without parole.” It did not announce a new rule that would apply retroactively to Malvo. The justices, the commonwealth stresses, “should not view Montgomery as doing something that the Court was not asked to do, did not purport to do, and to the best of our knowledge has never done.”

Virginia acknowledges that Montgomery “makes a number of powerful observations about why juvenile offenders should, or even must, be treated differently under the Eighth Amendment.” But if the justices want to make clear that nonmandatory life-without-parole sentences for juveniles also violate the Eighth Amendment, the commonwealth tells the justices, they should do so in a case involving a direct appeal, rather than in this case.

For Malvo, the court’s task requires nothing more than a “straightforward application of this Court’s precedent establishing that ‘imposition of a State’s most severe penalties on juvenile offenders cannot proceed as though they were not children.’” The court’s decision in Miller that mandatory life-without-parole sentences are unconstitutional, he suggests, rested on the idea that, before sentencing a juvenile to life without the possibility of parole, the judge and jury must consider “how children are different, and how those differences counsel against irrevocably sentencing them to a lifetime in prison.” But that reasoning also makes clear that a life-without-parole sentence would also be excessive whenever these factors are not considered – whether a sentence of life without parole is mandatory or discretionary.

Under the court’s decision in Montgomery, Malvo continues, the court’s holding in Miller applies retroactively. And because there is no dispute that the judge and jury who sentenced him “never considered whether his youth might have warranted a sentence less than life without parole,” he should be resentenced.

Malvo is sharply critical of the commonwealth’s position. If Virginia prevails in this case, he tells the justices, juries in Virginia “will never have to consider a juvenile offender’s youth before imposing life without parole, and the prisoners already serving that sentence will die in prison, with no consideration of their youth at the time of their crimes and no chance to show that they have changed.” He also reminds the justices that the federal government (which filed a brief supporting Virginia) had previously argued that the need for resentencing didn’t hinge on whether a life-without-parole sentence was mandatory or discretionary; all that matters, the government had previously argued, is whether the judge or jury had considered whether a lighter sentence might be appropriate because of the defendant’s youth. Assistant to the U.S. Solicitor General Eric Feigin will be arguing on behalf of the United States on Wednesday afternoon; we’ll find out then whether the justices are interested in the government’s change in position, as well as what some of their other concerns may be.