Next week the justices will return to the bench for the first time since the end of June. The new term is already full of interesting cases, including the very first one on Monday, October 7: Kahler v. Kansas, in which the Supreme Court will consider whether the Constitution allows a state to abolish the insanity defense. 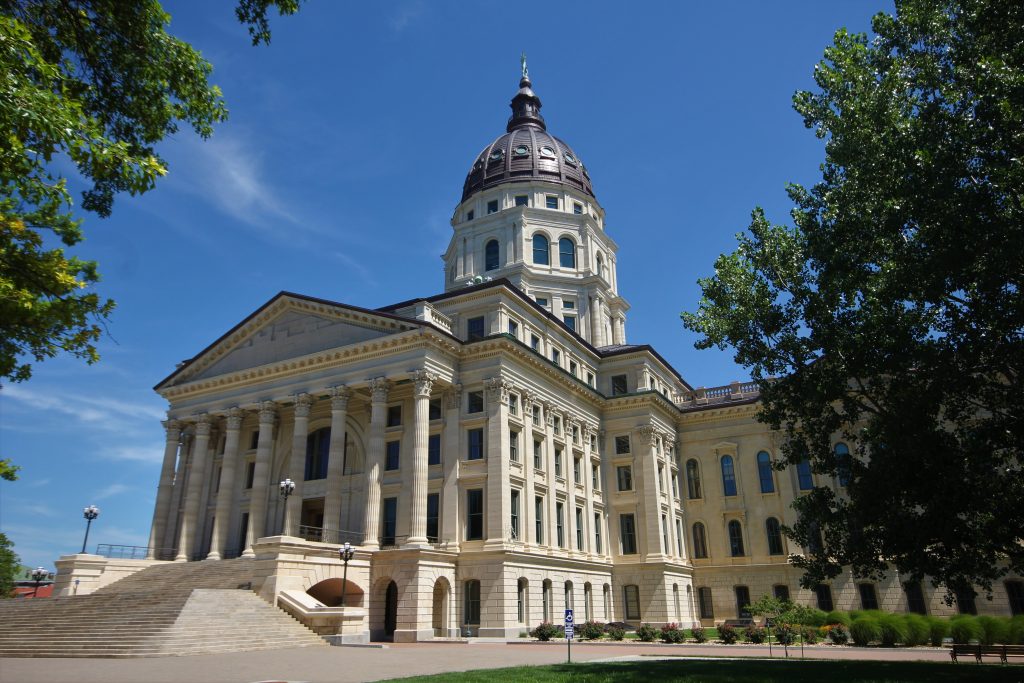 In November 2009, James Kahler shot and killed four members of his family. Things had begun to unravel for Kahler earlier in the year, when his wife Karen – who had begun an affair with a woman the previous year – filed for divorce and left him, taking their children with her. In the fall, Kahler was fired from his job working for the city of Columbia, Missouri. On the weekend after Thanksgiving, Kahler drove to the home of Dorothy Wight, Karen’s grandmother, with three or four rifles and ammunition in his car. Kahler entered the home, where he shot Karen, Wight, and his two teenage daughters, Emily and Lauren. The couple’s son, Sean, escaped through the back door and ran to a neighbor’s house. Wight’s medical-alert device recorded audio of the shootings, including Kahler saying, “I am going to kill her.”

Under Kansas law, Kahler could not argue that he was insane as a defense to the charges. In 1995, Kansas had replaced the insanity defense with a new law that allows a defendant to argue that, because of mental illness, he could not have intended to commit the crime but makes clear that mental illness “is not otherwise a defense.” The law was a response to several high-profile criminal cases, including the attempted assassination of President Ronald Reagan by John Hinckley, who was found not guilty by reason of insanity. The trial court instructed the jurors in Kahler’s trial that they could only consider Kahler’s mental illness as part of determining whether he intended to kill his victims. The jury found him guilty and sentenced him to death.

The Kansas Supreme Court upheld Kahler’s death sentence, rejecting his argument that the failure to allow him to raise an insanity defense violated the Constitution. The U.S. Supreme Court agreed to hear the case in March.

In his brief on the merits, Kahler contends that it has long been established that a mentally ill person who commits a crime without understanding that his actions are wrong is not morally responsible for those actions and therefore should not be held criminally responsible. The importance of this rule, he suggests, can be seen in the fact that, until 1979, every jurisdiction in the United States allowed an insanity defense. Today, he continues, 45 states, the federal government, the U.S. military and the District of Columbia all allow a mentally ill defendant to assert an insanity defense.

But under Kansas law, Kahler argues, it doesn’t matter whether an insane defendant understands that what he is doing is wrong. The only question is whether he intended to commit the crime, which is a much lower bar. Therefore, Kahler posits, “so long as a defendant intentionally kills another human being—even if he delusionally believes the devil told him to do it, or that the victim was an enemy soldier trying to kill him,” he can be convicted of murder even if he is insane. Such an approach is not the equivalent of offering an insanity defense, Kahler maintains. Rather, he predicts, the state’s rule will “shrink the class of defendants who might be acquitted as a result of mental disease or defect almost to the vanishing point.”

Removing such a fundamental principle from the criminal justice system, Kahler maintains, violates the 14th Amendment’s due process clause, which was enacted to protect exactly these kinds of basic principles. Kansas’ rule also violates the Eighth Amendment’s ban on cruel and unusual punishment because, “by convicting and punishing people who are not blameworthy, cannot be deterred, and require incapacitation and rehabilitation that the criminal justice system cannot provide,” it doesn’t advance any of the justifications for punishment – such as deterrence or retribution. Indeed, Kahler notes, at the time the Eighth Amendment was adopted, it was widely regarded as cruel and unusual to impose criminal punishments on the insane.

Kahler acknowledges that the Supreme Court normally gives the states a fair amount of latitude in how they structure their criminal justice systems, and he concedes that states can “tweak” a baseline standard that hinges on whether the defendant knows that his actions were wrong. States can also require defendants to show that they are insane, perhaps even beyond a reasonable doubt, but they can’t get rid of the insanity defense altogether.

Kansas frames the issue very differently, telling the justices that the state has simply “redefined,” rather than “abolished” the insanity defense. Although a defendant cannot raise insanity as an affirmative defense to accusations of a crime, the jury can still consider evidence of mental illness in determining whether the defendant could have intended to commit the crime.

Kansas next contends that Kahler is wrong when he argues that an insanity defense based on the inability to know the difference between right and wrong was so well established that it is the kind of fundamental practice protected by the Constitution’s due process clause. For many years, insanity was based on a lack of intent to commit a crime; it was only in the 19th century that the kind of insanity defense that Kahler now says is required by the Constitution developed as a test. But even in the years since then, Kansas stresses, lawyers, lawmakers and mental health professionals have continued to argue for the rule that Kansas eventually adopted in 1995, focusing on whether the defendant had the intent to commit the crime.

Nothing in the Constitution, Kansas continues, requires any “one particular approach to insanity. Instead,” the state argues, “given the complex legal, religious, moral, philosophical, and medical questions involved, States have the freedom to determine whether, and to what extent, mental illness should excuse criminal behavior.” Although Kahler contends that the Constitution should allow a defense based on the idea that a defendant is morally blameless, the state writes, such an argument simply “begs the question of who is morally blameless.” Here, the state explains, it “has reasonably determined that individuals who voluntarily and intentionally kill another human being are culpable, even if they do not recognize their actions are morally wrong. After all,” the state observes, “terrorists who kill in the name of religion may sincerely believe that their actions are morally justified or even morally required, but they are still culpable.”

Kansas urges the justices to refrain from deciding whether Kansas law violates the Eighth Amendment’s ban on cruel and unusual punishment, because the Kansas Supreme Court did not address the question. But in any event, the state tells the justices, the text of the Eighth Amendment only bars some kinds of punishments; it does not require the states to “adopt certain affirmative defenses to criminal convictions in the first place.” Nor is Kansas’ system cruel and unusual, the state emphasizes: There is no conflict between an approach that focuses on whether the defendant intended to commit the crime and the purposes of punishment, and in fact Kansas’ approach removes the stigma that is sometimes associated with an insanity defense.

Finally, the state suggests that any differences between its approach and an insanity defense based on knowing the difference between right and wrong are essentially irrelevant in Kahler’s case, because he would not have been able to show that he was insane under any test. “Kahler’s own expert was unable to conclude that Kahler is insane,” the state asserts. Instead, the expert told the jury only that Kahler could not control his actions, and Kahler did not provide any other evidence demonstrating that he did not know the difference between right and wrong.