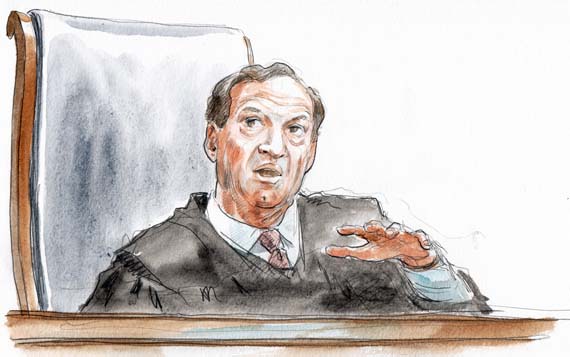 In a decision implicating two of its recent admiralty precedents and its role in fashioning general maritime law more generally, the Supreme Court today held 6-3 that a seaman cannot recover punitive damages for injuries allegedly caused by the unseaworthiness of a vessel to which he was assigned.

Justice Samuel Alito rested his majority opinion largely on the absence of a “historical basis for allowing punitive damages in unseaworthiness actions” and “to promote uniformity with the way courts have applied parallel statutory causes of action.” That formulation allowed Alito to reconcile the two precedents, the 2009 decision in Atlantic Sounding Co. v. Townsend and the 1990 opinion in Miles v. Apex Marine Corp. In the process, Alito, who had written a forceful dissent in Atlantic Sounding, was joined in today’s opinion by Justice Clarence Thomas, the author of the majority opinion in Atlantic Sounding, even though Justice Ruth Bader Ginsburg, who had joined Thomas then, argued in dissent that the logic of Thomas’ majority opinion dictated a contrary result.

The Supreme Court had held 5-4 in Atlantic Sounding that punitive damages are available to a seaman for an employer’s willful and wanton disregard of its obligation to pay maintenance and cure, a strict remedy essentially affording a very limited allowance for some living and medical expenses. Christopher Batterton argued in this case that Atlantic Sounding supports allowing recovery of exemplary damages for personal injuries due to a vessel owner’s willful and wanton failure to provide a vessel reasonably fit for its intended purpose, the test for the unseaworthiness action the general maritime law provides.

Yet Miles had held that the estate and survivors of a deceased Jones Act seaman could not recover for nonpecuniary loss under the general maritime-law unseaworthiness doctrine because such relief was unavailable under the Jones Act, a statute that provides a seaman a negligence remedy against his or her employer, modeled on the Federal Employers Liability Act applicable to railroad workers. The Dutra Group argued that the logic of Miles precludes allowing a seaman to recover punitive damages under a general maritime-law unseaworthiness action because the Jones Act and FELA were thought to bar such recovery.

Alito found that “the overwhelming historical evidence” suggests that exemplary damages were unavailable in an unseaworthiness action for personal injuries. The absence of such recovery in “traditional maritime law cases” was “practically dispositive.” The “overwhelming historical evidence” precluded creating “a novel remedy” unless necessary to preserve “uniformity with Congress’s clearly expressed policies,” a formulation drawn from Miles.

The majority also thought the uniformity consideration led to the same result as its historical inquiry. Consistent with his Atlantic Sounding dissent, Alito concluded that long-standing Supreme Court and lower court precedent precluded recovery of punitive damages under FELA and the Jones Act. In Atlantic Sounding, Thomas had relied on “historical evidence” that punitive damages had been available in maintenance-and-cure cases, but the absence of such proof regarding unseaworthiness cases made it unnecessary for the court to revisit the long-standing interpretation of these federal statutes. The situation accordingly did not call on the court to fashion a novel remedy “to maintain uniformity with Congress’s clearly expressed policies.”

Alito was unpersuaded by multiple public-policy arguments raised by Batterton. The Supreme Court’s “overriding objective” in maritime cases is “to pursue the policy expressed in congressional enactments.” Because the Supreme Court had created “unseaworthiness in its current strict-liability form” following the Jones Act,  “it would exceed our current role to introduce novel remedies contradictory to those Congress has provided in similar areas.” The need for uniformity between maritime common law and maritime statutory law is particularly compelling because unseaworthiness, more than maintenance and cure, resembles and duplicates the Jones Act. Punitive damages are a needed incentive to deter an employer from abandoning an ill or injured seaman in a distant port, but vessel owners have other incentives to avoid unseaworthy conditions. Allowing punitive damages in injury cases would also create various anomalies and would disadvantage American shippers.

Finally, Alito rejected the argument that the doctrine that seamen deserve “special solicitude” justifies a punitive-damages remedy. Alito reasoned that in view of changes in the respective maritime-law roles of the Supreme Court and the political branches and in the position of seamen, “the special solicitude to sailors has only a small role to play in contemporary maritime law,” a statement that seemed at odds with the court’s invocation of that doctrine to “reinforce[]” its decision in Justice Brett Kavanaugh’s majority opinion in Air & Liquid Systems Corp. v. Devries just over three months ago. Chief Justice John Roberts and Justices Elena Kagan and Kavanaugh joined both majority opinions, which seem to assign different weight to the “special solicitude” doctrine.

Both opinions, as had Kavanaugh’s earlier Air & Liquid Systems Corp. majority opinion, explicitly or implicitly reaffirm the court’s role in fashioning federal common law in an admiralty context. Alito’s majority opinion endorses the approach Justice Sandra Day O’Connor took in Miles in suggesting that the court’s formulation of general maritime law will be somewhat constrained by legislative policies in areas in which Congress has been active.

The decision produced a somewhat unusual alignment, as Alito’s opinion was joined by Roberts, Thomas, Kagan, Justice Neil Gorsuch and Kavanaugh. Ginsburg and Breyer had been part of the five-justice majority in Atlantic Sounding, but significantly, Thomas, who wrote that opinion, silently joined Alito’s majority opinion in this case. At oral argument, Kagan had focused on how the justices might reconcile their general maritime-law-making role with the Jones Act and she may have found appealing a resolution that expressed deference to congressional policies and perceived doctrine, especially given her recent protests against the court’s overturning long-standing precedents.