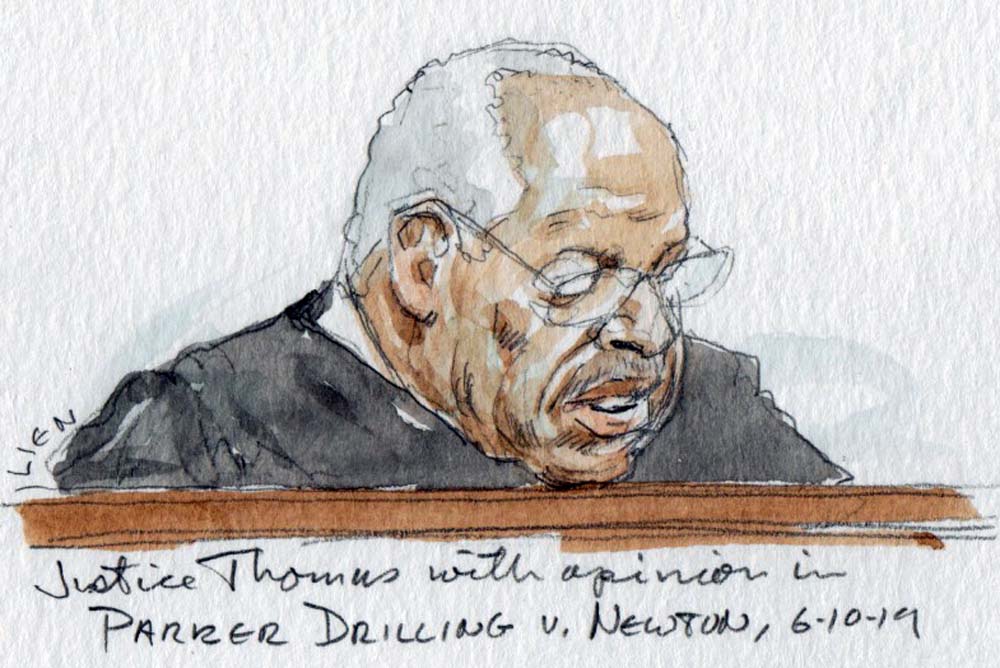 In a broad, unanimous and unsurprising decision, the Supreme Court yesterday held that the Outer Continental Shelf Lands Act only incorporates state law when federal law’s silence on a particular issue creates a “gap” for state law to fill. The decision is a defeat for Brian Newton, a former employee of Parker Drilling Service, Ltd., who sought compensation under California’s more labor-friendly wage-and-hours law for hours that he spent on standby but not working on oil-drilling platforms miles off the coast of California. 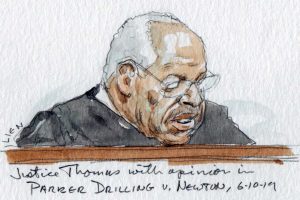 The case turned on what Justice Clarence Thomas’ opinion for the court candidly called “a close question of statutory interpretation.” Under the OCSLA, structures attached to the continental shelf more than three nautical miles from the coast are deemed to be under exclusive federal control and are governed solely by federal law. However, because federal law does not contain a full code of behavior to regulate human interaction, 43 U.S.C. § 1333(a)(2)(A) provides that “the civil and criminal laws” of the adjacent states are incorporated into the prevailing federal law “[t]o the extent that they are applicable and not inconsistent with” other provisions of federal law. The U.S. Court of Appeals for the 5th Circuit — which is responsible for over 90 percent of the cases arising under the OCSLA — has generally interpreted that statutory provision to spring to life only when a “gap” exists in federal law that requires a rule of decision. The Supreme Court’s few prior opinions interpreting the OCSLA have hinted at the same construction, applying state law because such a gap existed, albeit without ever saying that a gap was required. In this case, the district court followed the 5th Circuit’s approach, but the U.S. Court of Appeals for the 9th Circuit reversed, holding that the plain language of the statute required an approach receptive to the application of state-law rules on the outer shelf, as long as such rules are relevant to the subject matter of the litigation and do not violate ordinary pre-emption principles.

Though the justices found many factual and legal points difficult during oral argument, as I wrote for this blog, the Supreme Court ultimately found it unnecessary to engage those peripheral issues in order to resolve this case. After acknowledging that the question of statutory interpretation is “close,” Thomas’ opinion immediately explained that the court found the 5th Circuit’s approach advocated by Parker Drilling “more persuasive” in the context of the full statutory scheme. That argument had two parts. First, the court somewhat perfunctorily cited to a series of contemporaneous dictionaries suggesting that the word “inconsistent” had multiple meanings when the OCSLA was adopted and that those meanings pointed in different directions in this case. Second, the court with a bit more gusto concluded that the OCSLA’s focus on establishing exclusive federal control over and supervision of the outer continental shelf and its insistence that state law only applies to the shelf as “surrogate federal law” show that Congress wanted state law to play a much more limited role on the outer shelf than it does in the contiguous states. Because traditional pre-emption law balances the interests of two geographic sovereigns, it implicates federalism concerns that are absent when — as here — there is only one governing authority.

Perhaps in order to establish unanimity, the opinion went on to list a variety of other factors and reasons that also support the Supreme Court’s narrow interpretation. First, the broader reading of the statute advocated by Newton and the 9th Circuit, under which state law would apply unless pre-empted by federal law, would render the bulk of the statutory language superfluous. Second, the role given to state law under the court’s interpretation is broadly consistent with the limited role state law plays in other federal enclaves (such as national parks and military bases). Finally, the court’s reading is consistent with settled expectations as established by its earlier dicta and, to a lesser extent, the 5th Circuit’s holdings.

After providing its authoritative construction of the relevant statutory provision, the Supreme Court briefly applied its rule to the facts of this case, vacating the 9th Circuit’s judgment and ruling against Newton on his core claims but remanding for resolution of some peripheral claims that were not briefed before the court. In rejecting Newton’s central claims (involving whether he should be paid for his time on standby and whether the California minimum wage is applicable on the outer continental shelf), the court concluded that they are addressed and defeated by the federal Fair Labor Standards Act and that there is, therefore, no relevant gap for state law to fill.

In practice, this decision changes little, as almost all of the cases involving the OCSLA arise in the 5th Circuit, which has always applied a rule similar to the one the Supreme Court adopted. However, it does close off one avenue that coastal states might potentially have relied upon to gain greater control over offshore oil drilling, a potential flashpoint in future debates over energy and environmental policy. And on a doctrinal level it has the potential to become a convenient citation for the proposition that textualism is not literalism but instead requires careful contextual analysis.