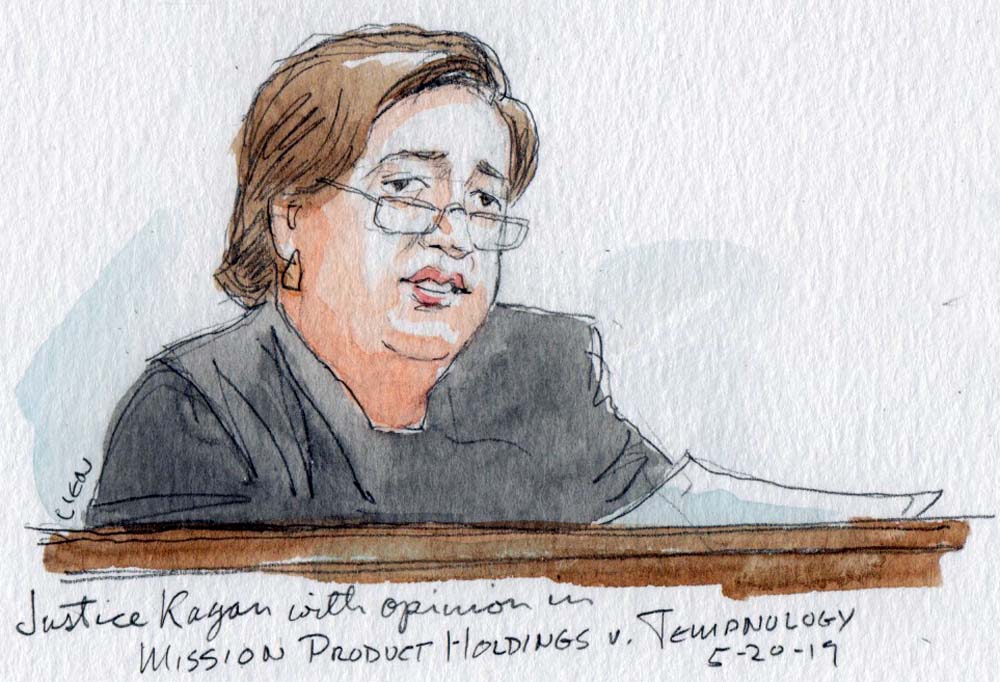 Yesterday’s opinion in Mission Product Holdings Inc. v. Tempnology, LLC resolved a long-standing disagreement in the lower courts about what happens when a debtor exercises its statutory right to reject a contract in bankruptcy. Section 365 of the Bankruptcy Code gives the debtor an explicit right to “reject” contracts, and tells us that rejection amounts to a “breach” of the contract, which gives the nonbankrupt counterparty a right to sue the bankrupt for damages. The lower courts have struggled, though, in deciding whether the rejection’s “breach” also rescinds the entire contract. In this case, for example, the contract in question is a trademark license, and the debtor not only wants to terminate its own obligations under the contract; it also wants to retract the licensee’s right to use the debtor’s trademark. Justice Elena Kagan’s opinion for the Supreme Court gives us a clear answer: Rejection breaches but does not rescind the contract in question. 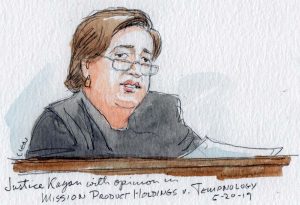 For Kagan, “the text” of Section 365 “does much of the work,” primarily because of the provision that states that rejection “constitutes a breach” of the challenged contract. Because “‘breach’ is neither a defined term nor a specialized bankruptcy term,” the Supreme Court’s normal practice suggests that “[i]t means in the [Bankruptcy] Code what it means in contract law outside bankruptcy.” To solve that problem, Kagan offers a “made-up” hypothetical contract, which happens to be drawn directly from the amicus brief filed by the U.S. solicitor general. In Kagan’s made-up contract, “[a] dealer leases a photocopier to a law firm, while agreeing to service it every month; in exchange the firm commits to pay a monthly fee.” Outside of bankruptcy, a decision by the dealer to stop servicing the photocopier would breach the contract and give the law firm the choice either to terminate the contract (and return the copier) or to continue to use the copier (paying the required monthly fee) and sue for damages. As Kagan summarizes: “The choice to terminate the agreement and send back the copier is for the law firm. By contrast, the dealer has no ability, based on its own breach, to terminate the agreement.”

Reasoning from that made-up contract, Kagan explains that the same results should follow in bankruptcy:

If the rejection of the photocopier contract ‘constitutes a breach,’ as the Code says, then the same results should follow…. That … means … that the law firm has an option about how to respond—continue the contract or walk away, while suing for whatever damages go with its choice. And most important, it means that assuming that the law firm wants to keep using the copier, the dealer cannot take it back.

Kagan sees nothing at all different about the trademark license at issue here, for which “the same consequences follow…. The debtor can stop performing its remaining obligations under the agreement. But the debtor cannot rescind the license already conveyed.” For her, that outcome “reflects a general bankruptcy rule: The estate cannot possess anything more than the debtor itself did outside bankruptcy.” Quoting University of Chicago’s Professor Douglas Baird, she emphasizes that “[a] debtor’s property does not shrink by happenstance of bankruptcy, but it does not expand, either.”

Kagan characterizes the contrary argument as “rest[ing] on a negative inference.” The debtor in this case (respondent Tempnology) points to several categories of contracts for which Section 365 provides specific treatment that defines rights that counterparties retain even after a debtor’s rejection. In Tempnology’s view (as recounted by Kagan), “the statute’s ‘general rule’ would ‘swallow the exceptions’ [unless] the ordinary consequence of rejection [is] something different – i.e., the termination, rather than survival, of contractual rights previously granted.”

Kagan offers two responses. First, Tempnology “offers no account of how to read” the provision that tells us that rejection “constitutes breach,” but instead reads that provision “to say essentially its opposite (i.e., that rejection and breach have divergent consequences).” More pointedly, she rejects Tempnology’s attempt to “trea[t] as a neat reticulated scheme … what history reveals to be anything but.” Kagan offers a grand historical view of the various specific provisions in Section 365, under which “each responded to a discrete problem—as often as not, correcting a judicial ruling of just the kind Tempnology urges.” For Kagan, “this mash-up of legislative interventions” suggests that “Congress enacted the [various exceptions], as and when needed, to reinforce or clarify the general rule that contractual rights survive rejection.”

For example, the provision that treads closest to the trademark license at issue here – the enactment of Section 365(n) in response to a lower court decision in Lubrizol Enterprises v. Richmond Metal Finishers – protects patent and copyright licensees from the consequences of a bankrupt’s rejection of their licenses. Tempnology argues that the exclusion of trademark licenses from that provision suggests that they should not survive rejection. For Kagan, though, Section 365(n) is just “part of a pattern—that Congress whacked Tempnology’s view of rejection wherever it raised its head.” Ultimately, she reasons, “Congress’s repudiation of Lubrizol for patent contracts does not show any intent to ratify that decision’s approach for almost all others.”

I expect this will prove to be one of the Supreme Court’s most important bankruptcy decisions of the decade. Unlike the minor and trivial circuit splits that have dominated the court’s bankruptcy docket in recent years, Mission Product Holdings confronts a conceptual question at the heart of business bankruptcy: how we should think of the debtor’s contractual relations. In general, most informed observers will welcome the decision, which enforces the approach that academics have strongly pressed.

That is not to say that all will applaud the Supreme Court’s reasoning. Licensing lawyers, for example, will doubtless wonder about Kagan’s ready treatment of an intellectual-property license as fundamentally a conveyance of property rather than a bare commitment not to sue for infringement. Future courts also should notice the “whack-a-mole” theory of legislation Kagan employs to parse the multifarious amendments to Section 365. And bankruptcy lawyers will mull the reasoning she uses to conclude that the case is not moot – that Mission Product Holdings might have a claim to reopen the plan and recover funds already distributed to creditors. But where would we be if the court left nothing for criticism?