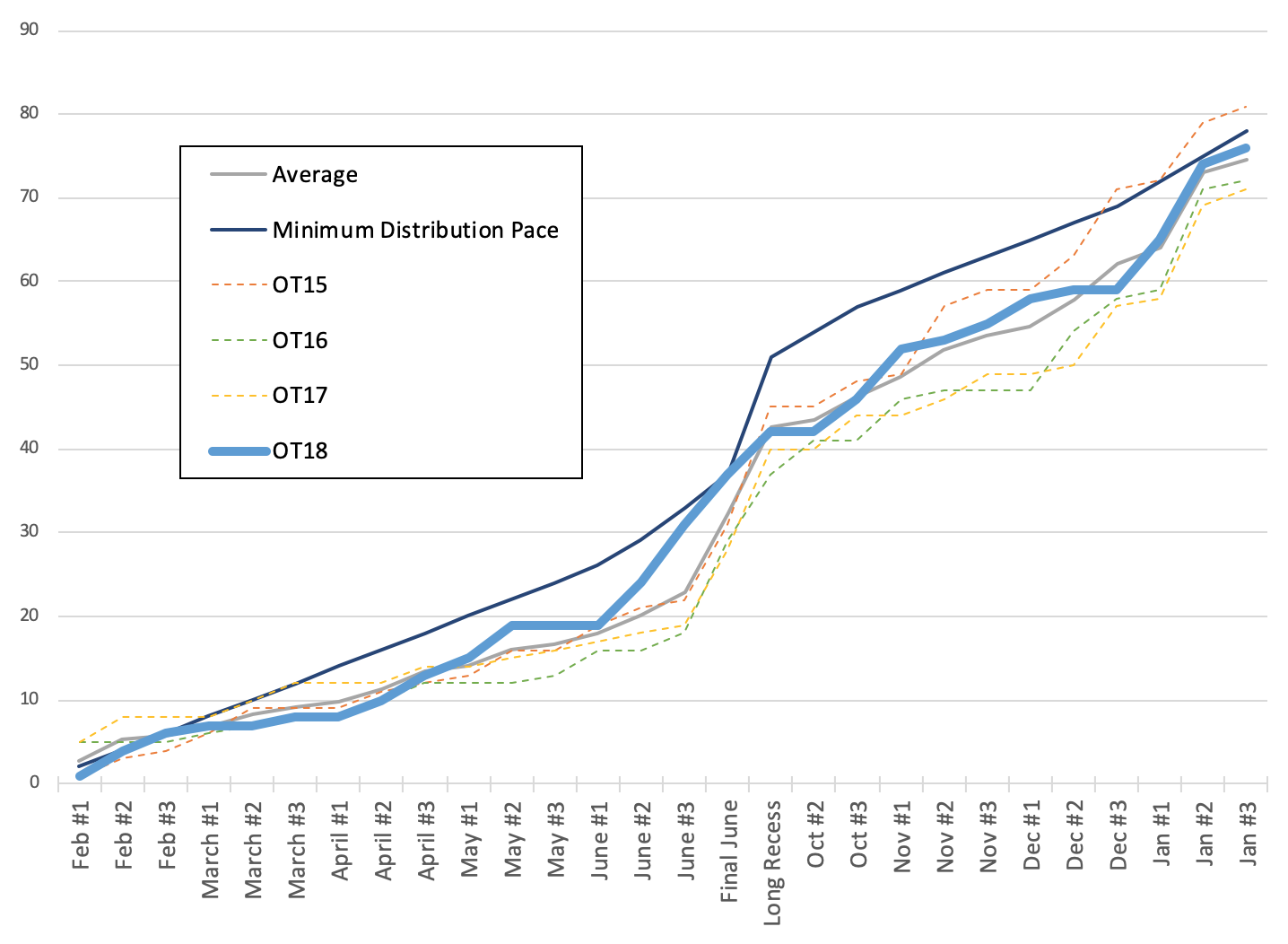 With six out of eight argument sessions for the 2018-2019 Supreme Court term behind us and 21 written opinions down (17 in argued cases and four summary reversals), here is the March 2019 SCOTUSblog Interim Stat Pack. This Stat Pack includes statistics related to this term’s arguments and opinions through March 4, 2019. The whole Stat Pack can be viewed here.

The information in the Stat Pack covers various aspects of the court’s decisions. The analyses look at the court as a whole as well as at the individual justices.  Coverage relates to the justices’ votes, written opinions and agreement with one another. It also tracks the Supreme Court’s decisions and justices’ votes by lower courts. We have included information about the attorneys who argued the cases as well as figures relating to the court’s opinion output and number of grants.

These preliminary data present some interesting attributes of October Term 2018.  For a Supreme Court many thought to be leaning heavily to the right, the liberal justices appear to have the upper hand, at least so far. We see this in the Frequency in the Majority section, where the more liberal Justices Ruth Bader Ginsburg, Stephen Breyer, Sonia Sotomayor and Elena Kagan were in the majority more frequently in all cases and in divided cases than the more conservative Justices Clarence Thomas, Samuel Alito and Neil Gorsuch. Justice Brett Kavanaugh did not participate in five of the cases that have been decided so far, including two of the divided cases.

It’s important to note that these numbers are only preliminary, that they cover less than one-third of the total argued cases the Supreme Court will hear this term, and that they include votes in only six divided cases. Although we very well might see some of these early trends shift later in the term, they provide a sense that, at least so far, some of the justices’ decisions, and more importantly their alignments, weren’t exactly as many expected them to be.