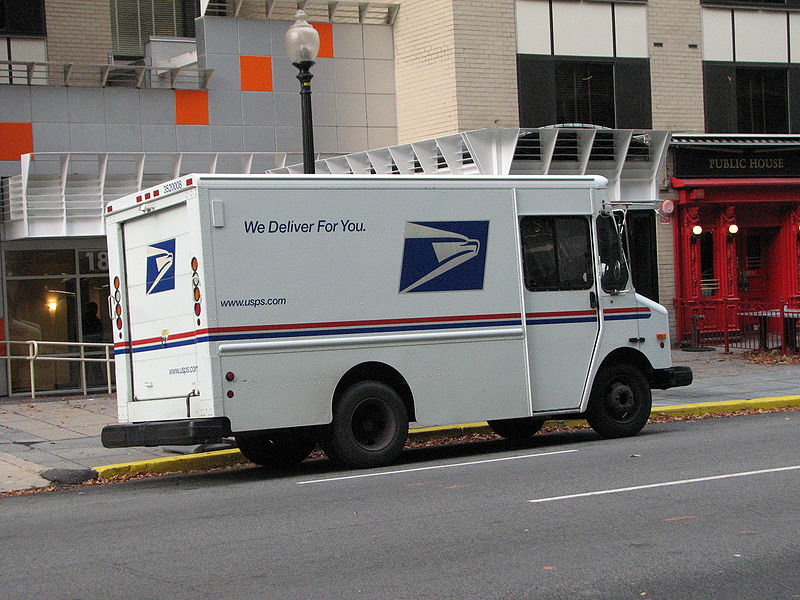 The justices have a light calendar for the first week of the February session, with only two cases set for argument. The first of the pair is Return Mail Inc. v. U.S. Postal Service, the lone Tuesday argument. Return Mail is a simple statutory case asking the justices to resolve another of the seemingly endless flow of drafting problems arising out of Congress’ 2011 patent-reform bill, the Leahy-Smith America Invents Act (usually called the AIA).

The question in this case is whether the United States (specifically, the U.S. Postal Service) is a “person” for purposes of a series of provisions in the AIA stating that “a person who is not the owner of a patent” may petition for post-grant review of an issued patent. The Patent and Trademark Office issued a patent to petitioner Return Mail for an invention involving the use of bar codes in facilitating the processing of undeliverable mail. After Return Mail sued the Postal Service, claiming that Postal Service’s practices infringed the Return Mail patent, the Postal Service filed a petition under the AIA’s procedures for review of business-method patents, asking the PTO to invalidate the patent. In due course, the PTO held the invention unpatentable and invalidated the patent. After the U.S. Court of Appeals for the Federal Circuit affirmed that decision, the Supreme Court agreed to consider whether the PTO properly permitted the government to initiate that review process instead of litigating the validity of the patent in the context of Return Mail’s enforcement suit (which would have proceeded in the U.S. Court of Federal Claims, the prescribed venue for patent infringement suits against the federal government).

That all seems logical as far as it goes. The big problem for Return Mail, though, as the government points out, is that both the Patent Act and the AIA routinely use the term “person” in contexts where it unquestionably includes federal agencies. Two points are central. First, patent law normally uses the word “person” to describe the entity that holds a patent or infringes a patent. Second, the federal government’s major participation in technological development has made it commonplace both for federal agencies to hold patents and for others to contend that government activity infringes their own patents.

Congress has accommodated that activity in Section 207 of the Patent Act, which authorizes federal agencies to apply for, obtain and maintain patents. Congress did not, however, make any reference to the government in the substantive provisions related to patent-related activity. Thus, when Section 102 authorizes the issuance of patents by defining the circumstance in which a “person shall be entitled to a patent,” the government is entitled to a patent only if it is a “person” for purposes of Section 102. In the same way, the government can obtain a patent based on the work of one of its individual employees under Section 118 only if it is the “person to whom the inventor has assigned the invention.” More technical examples populate the briefs, including several provisions adopted in the AIA at the same time as the provisions at issue here. Recognizing the absurdity of reading the statute to invalidate the thousands of patents held by various federal agencies, Return Mail acknowledges that federal agencies qualify as “persons” under those other provisions. With that point in hand, the government can rest on the textual canon that the same word should have the same meaning throughout the same statute.

The Dictionary Act states that its definitions apply unless “the context indicates otherwise,” and the government contends that the regularized use of “person” throughout patent law provides the relevant indication. Return Mail, by contrast, points to provisions in the AIA indicating that the results of the post-grant review proceedings would bar later challenges to the validity of a patent in federal district court or the International Trade Commission. As mentioned above, patent litigation against federal agencies occurs in a different venue, the Court of Federal Claims. Return Mail suggests that those references demonstrate that Congress was thinking of litigation involving private parties, not federal agencies, when it drafted the AIA’s post-grant review provisions. From Return Mail’s perspective, it would be unfair for the government to have an opportunity to use the post-grant review process, lose in that forum, and then use the same arguments again as a defense in an infringement action. The government thinks the estoppel point is irrelevant, noting that rules barring private parties from sequential litigation often are much more protective of the government, suggesting that it is no surprise that Congress would exclude federal agencies from the estoppel provision.

In the end, my sense is that this case will come down to the “why” problem: Why would Congress want to exclude federal agencies from the post-grant review process? The premise of those provisions is that patent litigation in the federal courts has become burdensome, protracted and wasteful. Post-grant review is supposed to provide a simpler and more expeditious process for evaluating defenses to claims of infringement. Given the constant participation of federal agencies in patent-related litigation, it is hard to see why Congress would want to exclude them from the post-grant review process. If the patentholder can’t present a solid solution to that problem in the argument next week, it could be a disappointing hour.