Argument analysis: Court poised to rule for challenger in dispute over constitutionality of sex-offender law 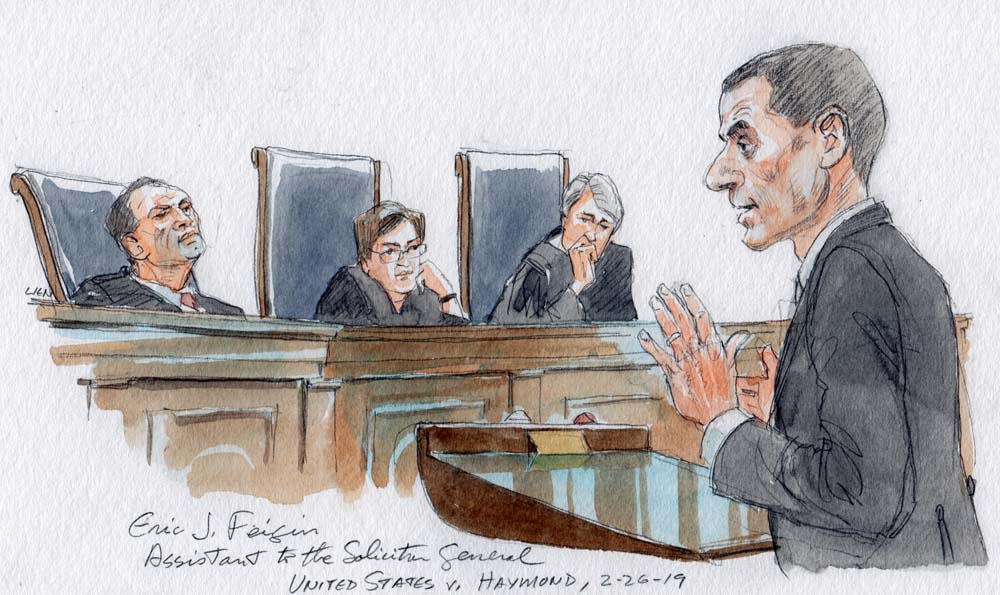 This morning the Supreme Court heard oral argument in a dispute over the constitutionality of a federal law that requires convicted sex offenders to return to prison for at least five years – and possibly for the rest of their lives – if a judge finds that they have committed certain crimes. The defendant in the case, an Oklahoma man who served time for possessing child pornography and was then sent back to prison after he violated the terms of his supervised release, argues that the law violates his right to have his sentence determined by a jury, rather than a judge, beyond a reasonable doubt. Today the justices seemed overwhelmingly likely to agree with him, even if it was not entirely clear how they will remedy the constitutional violation. 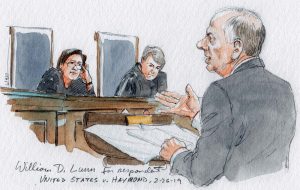 Andre Haymond was convicted of possessing child pornography in 2010. Haymond was sentenced to 38 months in prison, followed by 10 years of supervised release, and required to register as a sex offender.

In 2015, a federal district court sent Haymond back to prison for five more years. Applying the “preponderance of the evidence” standard, which is all that the law in question requires, the court concluded that it was more likely than not that Haymond had violated the terms of his supervised release by possessing pornography and child pornography.

A federal appeals court agreed that Haymond had violated the terms of his supervised release but threw out the new five-year sentence. It concluded that the law requiring the additional five-year sentence was unconstitutional because it increased the minimum sentence that Haymond could face, in conflict with the Supreme Court’s cases holding that a jury, rather than a judge, must find beyond a reasonable doubt any facts that increase the penalty for a crime.

Eric Feigin, an assistant to the U.S. solicitor general, defended the law on behalf of the federal government. But he was quickly interrupted by a skeptical Justice Sonia Sotomayor, who asked him whether there was any other area of the law in which the United States allows a defendant to be sent to prison based on the preponderance-of-the-evidence standard. 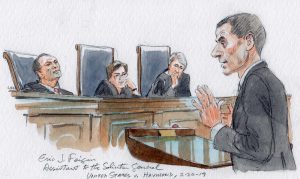 Feigin responded that both parole and probation operate in a similar way, but Sotomayor dismissed that analogy as comparing “apples and oranges.” With parole, she stressed, the state gives a benefit by cutting a sentence short. Where do we allow more prison time based on the preponderance of the evidence, she repeated?

Several justices also questioned the government’s contention that a jury was not required to find the facts leading to the conclusion that Haymond had violated the terms of his supervised release and the imposition of the new five-year sentence.

Feigin reiterated that, when it sent Haymond back to prison for five more years, the district court was simply carrying out the original sentence – including 10 years of supervised release – that the jury had already imposed.

Justice Neil Gorsuch was doubtful. Would you still argue that no jury was required, he asked Feigin, if instead of a five-year minimum sentence, an inmate was facing the death penalty? Gorsuch made his feelings even clearer later on, asking Feigin somewhat rhetorically whether the “choice of Congress to move away from parole and probation” would “have no consequences?” It “would be a rather simple thing to convene a jury,” Gorsuch suggested.

Chief Justice John Roberts was also dubious. The jury’s original verdict, he told Feigin, doesn’t mean that everything that follows – including the additional five years in prison for violating the terms of his supervised release – is “necessarily constitutional.”

Justice Elena Kagan piled on, asking, “If this isn’t a clear-cut violation” of the Supreme Court’s cases holding that a jury, rather than a judge, must find the facts that increase the penalty for a crime, “then what is?”

Only Justice Samuel Alito seemed to be squarely on the government’s side, warning that a ruling for Haymond could potentially “bring down the entire supervised release system.” As a result, much of the second half of the oral argument focused less on whether the law was unconstitutional and more on what should happen next.

Sotomayor proposed what she described as a “simple remedy”: Instead of requiring a jury trial or invalidating the law altogether, could the judge impose any sentence that falls within the defendant’s original sentence?

Arguing for Haymond, William Lunn acknowledged that such a rule would not violate the Supreme Court’s cases requiring a jury to find facts that increase the penalty for a crime, but he suggested that it could pose other constitutional problems, such as violating due process.

Justice Ruth Bader Ginsburg asked Lunn about the government’s fallback position: The law would stay in place, but with juries determining whether a defendant has violated his supervised release and should face additional prison time.

Lunn resisted, telling Ginsburg that bringing a jury trial into the supervised-release system would create problems, but that response drew criticism from some justices. Kavanaugh pointed out that Lunn’s answer seemed to be in tension with his main argument, while Kagan emphasized that requiring a jury “would cure” the constitutional violation that Haymond is complaining about. “I think it is what Congress would want to do” if it knew that the law would be deemed unconstitutional, Kagan posited.