Argument preview: When the Tennessee Valley Authority’s activities cause personal injury, may it claim discretionary policy immunity from liability? 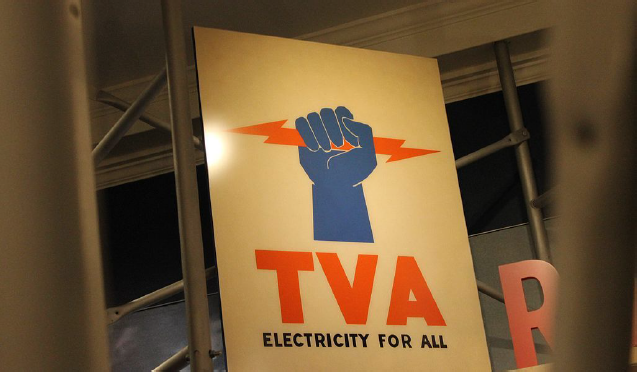 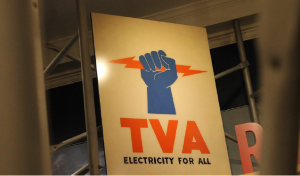 When sued for a common-law tort, the United States government enjoys the benefit of a statutory exception to liability that prevents judicial second-guessing of executive policy decisions. The question before the Supreme Court in Thacker v. Tennessee Valley Authority is whether the same “discretionary function” defense should be judicially implied for a tort suit against a federally chartered corporation engaging in what is arguably commercial activity.

The Tennessee Valley Authority, a federal government corporation, is the nation’s largest electrical-power utility. In 2013, the TVA was stringing a power line above the Tennessee River when the pulling process failed, dropping the line down into the water. Gary Thacker and his friend Anthony Szozda were participating in a local fishing tournament. They came down the river in a boat at high speed, just as TVA employees were raising the line out of the water. The boat ran into the low-hanging power line, which struck Thacker in the head, causing severe spinal injuries, and instantly killed Szozda.

Thacker sued the TVA for damages, claiming that the corporation had failed to use reasonable care in installing its power line, warning boaters of the hazard it had created, and responding to the emergency. The district court dismissed the tort suit, and the court of appeals affirmed. Both courts found that the TVA’s installation of the power line raised public-policy concerns about safety, costs, and environmental impact. The courts held that the TVA was shielded from tort liability by a discretionary function exception.

In deciding whether the TVA is entitled to invoke a discretionary function exception to tort liability, the Supreme Court will have to choose between two competing lines of precedent. On one side is a series of decisions carefully shielding the United States government itself from tort claims that implicate public policy. Set against those liability-narrowing decisions is a distinct line of Supreme Court cases that treat government corporations and similar entities as having been released into the commercial world and therefore broadly subject to liability in contract and tort.

When tort claims are brought against the United States based on the negligent conduct of federal employees, the statutory basis for the claim ordinarily is the Federal Tort Claims Act. Enacted in 1946, the FTCA expressly waives the sovereign immunity of the United States for claims based on state tort law.

The FTCA, however, is subject to various limitations, prominently including the discretionary function exception. Under 28 U.S.C. § 2680(a), the United States is protected from liability based on a federal employee’s exercise or failure to exercise a “discretionary function or duty … whether or not the discretion involved be abused.” In 1984, in United States v. S.A. Empressa de Viacao Aerea Rio Grandense (Varig Airlines), the Supreme Court explained that this provision was designed to prevent “judicial ‘second-guessing’ of legislative and administrative decisions grounded in social, economic, and political policy through the medium of an action in tort.”

The discretionary function exception to the FTCA is embedded directly in the statute. But the legislative history suggests that, even absent statutory text, Congress anticipated the courts would limit liability when governmental policy is implicated. In an early FTCA case, Dalehite v. United States, in 1953, the Supreme Court characterized the discretionary function exception as a “clarifying amendment.”

The Suits in Admiralty Act, which waives sovereign immunity for maritime claims against the United States (and which the government asserts should apply in the Thacker case), contains no explicit discretionary function exception. Nonetheless, every circuit to address the issue has held that an implicit exception must exist.

For example, in McMellon v. United States in 2004, a majority of the full U.S. Court of Appeals for the 4th Circuit ruled that constitutional separation-of-powers principles required the court to find an implied discretionary function exception in the SIAA. Concurring Judge J. Harvie Wilkinson feared that otherwise the courts would set out “on an aggressive course far afield of judicial competence and replete with matters of policy entrusted elsewhere.” By contrast, dissenting Judge Michael Luttig characterized the general importation of the exception into the SIAA as “breathtaking” and “mistakenly equating liability on behalf of the United States with infringement on the Executive’s power to execute the laws.”

Some federal entities have been largely stripped of sovereign immunity and are broadly subject to suit through statutory sue-and-be-sued clauses. Federal government corporations in particular — such as Amtrak and the Federal National Mortgage Association (Fannie Mae) — are largely commercial in nature, often self-financing, and assumed to be amenable to lawsuits in much the same way that a private enterprise would be. As the Supreme Court held in Federal Housing Administration v. Burr in 1940, “[w]hen Congress launched a governmental agency into the commercial world and endowed it with authority to ‘sue or be sued,’ that agency is not less amenable to judicial process than a private enterprise under like circumstances would be.” Absent “grave interference with the performance of a governmental function,” the Burr court said, the sue-and-be-sued clause should be “liberally construed,” and “it cannot be lightly assumed that restrictions on that authority are to be implied.”

Other Supreme Court decisions, however, have said that sovereign immunity is not wholly abrogated even for government corporations that engage in largely commercial activities. The court’s 2015 decision in Department of Transportation v. Association of American Railroads stressed that Amtrak remains “a governmental entity for purposes of separation of powers analysis under the Constitution,” at least when it is acting to set regulatory metrics and standards for performance.

Created during the New Deal, the TVA was described by the Supreme Court in Pierce v. United States as “a corporate entity, separate and distinct from the Federal Government itself.” The TVA is operated by a board of directors, appointed by the president and confirmed by the Senate. Employee salaries are set by the board, and employees are not subject to federal civil-service laws. The TVA’s board chairman and chief executive officer are selected by the board, not appointed by the president. Under 16 U.S.C. § 831c, the TVA may sue and be sued in its own name, with any judgment paid from TVA assets rather than the federal treasury. The TVA does possess important governmental powers, including eminent domain, and is charged with improving navigation and flood control for the Tennessee River. The TVA is also authorized to construct power plants and sell the generated electricity in the marketplace.

Thacker argues that the TVA is the equivalent of a private commercial enterprise when engaged in power production and transmission and not plausibly engaged in governmental policymaking, and that the corporation should therefore not be exempted from tort liability. In response, the government observes that, in the context of the Federal Tort Claims Act, as said in Indian Towing Co. v. United States, the Supreme Court has refused to be “push[ed] … into the ‘non-governmental’-‘governmental’ quagmire that has long plagued the law of municipal corporations.” Even when the government’s behavior appears parallel to commercial activities — such as manufacturing and transporting fertilizer or the day-to-day operation of a savings and loan financial entity — a discretionary function defense has been successfully invoked.

The scope of the discretionary function

In the 1991 FTCA case United States v. Gaubert, which involved a federal takeover of an insolvent financial institution, the Supreme Court articulated “a strong presumption” that federal employees in a regulatory capacity have “consider[ed] the same policies which led to the promulgation of the regulations.” If a regulatory decision is “susceptible to policy analysis,” then the government may assert the discretionary function exception without being subject to an intrusive examination into the substantive weighing of policy concerns.

In Thacker, the lower federal courts applied an exceptionally broad version of the discretionary function exception, affording the TVA immunity even from a claim asserting negligence in stringing electrical lines across the river. Regarding safety steps as immune discretionary activity arguably bootstraps simple questions of reasonable care into policy-grounded decisions. Moreover, the TVA was not required to demonstrate that any actual policy decision had been made about the appropriate safety measures for raising the power line out of the water during the fishing tournament. Invoking Gaubert, the lower courts held the TVA needed to show only that its actions were “susceptible to policy analysis.”

Scholars and federal judges have criticized an overbroad extension of the exception, especially in nonregulatory cases involving garden-variety tort claims. Judge Andrew Kleinfeld, dissenting in the notable FTCA case of Chadd v. United States in the U.S. Court of Appeals for the 9th Circuit in 2015, argued that this “allow[s] the discretionary function exception to swallow the statutory rule that the federal government waives its sovereign immunity for torts for which an ordinary person would be liable.” Through the “susceptible to policy analysis” rubric, he complained, government actors are encouraged to come up with a post hoc policy “rationalization for their inaction.”