Argument preview: Of patents, prior art and secret sales 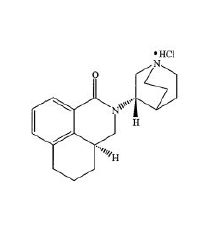 It should surprise nobody that the Leahy-Smith America Invents Act (universally described as the AIA) produces a steady diet of statutory interpretation problems for the Supreme Court to consider. After all, it is by any account the most important revision of our patent laws in a generation, fundamentally reshaping major pieces of the institutional arrangements under which we issue and enforce patents.

Next Tuesday’s argument in Helsinn Healthcare S.A. v. Teva Pharmaceuticals USA Inc. presents the next one of those cases. In a refreshing change for non-patent specialists, there is nothing technical or intricate here. Helsinn is far from the murky cases defining the bounds of patentability the justices have faced so many times this decade (cases like Alice Corp v. CLS Bank), and equally far from the intricate statutory problems presented in cases like Sandoz v Amgen (assessing procedures for approving biosimilar pharmaceuticals). Rather, this particular case presents a straightforward question of statutory text accessible to any reader of the English language. Specifically, the case involves a provision that bars issuance of a patent if “the claimed invention was … in public use, on sale, or otherwise available to the public before” the patent filing. The question before the court is whether the invention was “on sale” (and thus barred from patenting) if the inventor made a private sale that did not make the invention “available to the public” until after the patent filing. Specifically, does the phrase “available to the public” state a separate limitation on issuance or does it modify the two limitations that appear before it (for inventions that were “in public use” or “on sale”)?

To elaborate, the Patent Act and its predecessors dating back to the earliest years of the republic have prevented an inventor from obtaining a patent for an invention that was revealed to the public independently of the patent application. In the traditional language of patent law, the “prior art” would “bar” issuance of a patent in a wide variety of circumstances specified in the various enactments that have governed United States patenting since the early 19th century. Traditionally, those statutes have barred a patent if the invention previously was “on sale,” at least if the sale occurred more than a year before the patent application. Generally speaking, the conception has been that a willingness to exploit the invention commercially for an extended period of time without filing a patent application undermines the argument that the inventor needed patent protection to justify the effort spent in making the invention in the first place. Crucially, it always has been clear under cases interpreting those statutes that an invention would be “on sale” for purposes of the statutory bar even if the sales themselves were private (so that they did not make the invention generally available to the public).

The AIA made major changes to the system for allocating priority among competing inventors. Most obviously, the previous statutes always started from the premise that the patent should go to the first to invent. The AIA, by contrast, allocates priority among competing inventors to the first to file, bringing the United States into conformity with the systems long followed by most of our major trading partners. This case arose because the AIA also changed the definition of prior art to include the passage quoted above, which (in relevant part) bars a patent only if the invention was “in public use, on sale, or otherwise available to the public.” The U.S. Court of Appeals for the Federal Circuit concluded that the new language leaves in place the long-standing understanding that even a private sale is enough to trigger the on-sale bar. The Supreme Court granted review to consider whether the AIA’s revision of the Patent Act’s description of prior art undermines that holding.

Petitioner Helsinn owns a valuable pharmaceutical patent. While Helsinn was developing the product, it entered into a marketing agreement with another company in which it disclosed information about the pharmaceutical but required the other company to keep the information confidential. When respondent Teva, the world’s largest generic pharmaceutical company, began manufacturing a generic version of Helsinn’s pharmaceutical, Helsinn sued Teva for infringement. Teva challenged the validity of the patent, arguing that Helsinn’s sale qualified as prior art.

In arguing that the AIA limited the scope of the on-sale bar, Helsinn presents the case as largely one of abstract textual interpretation. Helsinn rests heavily on the canon of “noscitur a sociis” (generally, “a thing is known by the company it keeps”). Specifically, Helsinn argues that the noscitur canon compels the view that the two phrases (“in public use” and “on sale”) that appear before the catch-all (“otherwise available to the public”) must be interpreted to match the breadth of the catch-all: Because the residual clause refers to items otherwise available to the public, the preceding categories of items “in public use” and “on sale” logically must be read to describe two other ways in which the invention was made available to the public. Helsinn’s sale did not make the invention available to the public, so it did not qualify as prior art and Helsinn was not barred from patenting the pharmaceutical.

In Teva’s view, Congress has done nothing to change the long-standing meaning of the “on sale” bar. Rather, it has simply added a new category of prior art. Now, in addition to bars arising from “public use” of an invention or from the inventor’s putting the item “on sale,” inventors must worry about a bar arising from circumstances under which the invention becomes “otherwise available to the public.” For Teva, what is most crucial about the statutory question is that Congress left in place the specific statutory phrase (“on sale”) under which courts for more than a century routinely have barred patents based on private sales that did not make an invention available to the public. Given the long-standing and well-settled meaning of the phrase, Teva argues that the Supreme Court should not impute to Congress any intention to implicitly narrow the bar. That should be especially true, Teva argues, for a statute that so freely and pervasively rewrote so many provisions of the Patent Act.

The parties debate the legislative history forcefully – at least in part because the opinion of the Federal Circuit ruling in favor of Teva placed so much emphasis on it. In some ways, the debate seems inconclusive: Various legislators at various times plainly suggested that the bill should be read to leave the on-sale bar in place or to narrow it. For me, the most that can be said with clarity is that some of the proposed bills would have narrowed the on-sale bar in precisely the way that Helsinn suggests; the final language of the AIA did not adopt the indisputably narrowing phrasing.

The justices doubtless will give the advocates on both sides, along with the solicitor general, arguing as an amicus curiae in support of Helsinn, every opportunity to make their case next week, so we should have a pretty good sense of where the justices are leaning by the end of the argument.