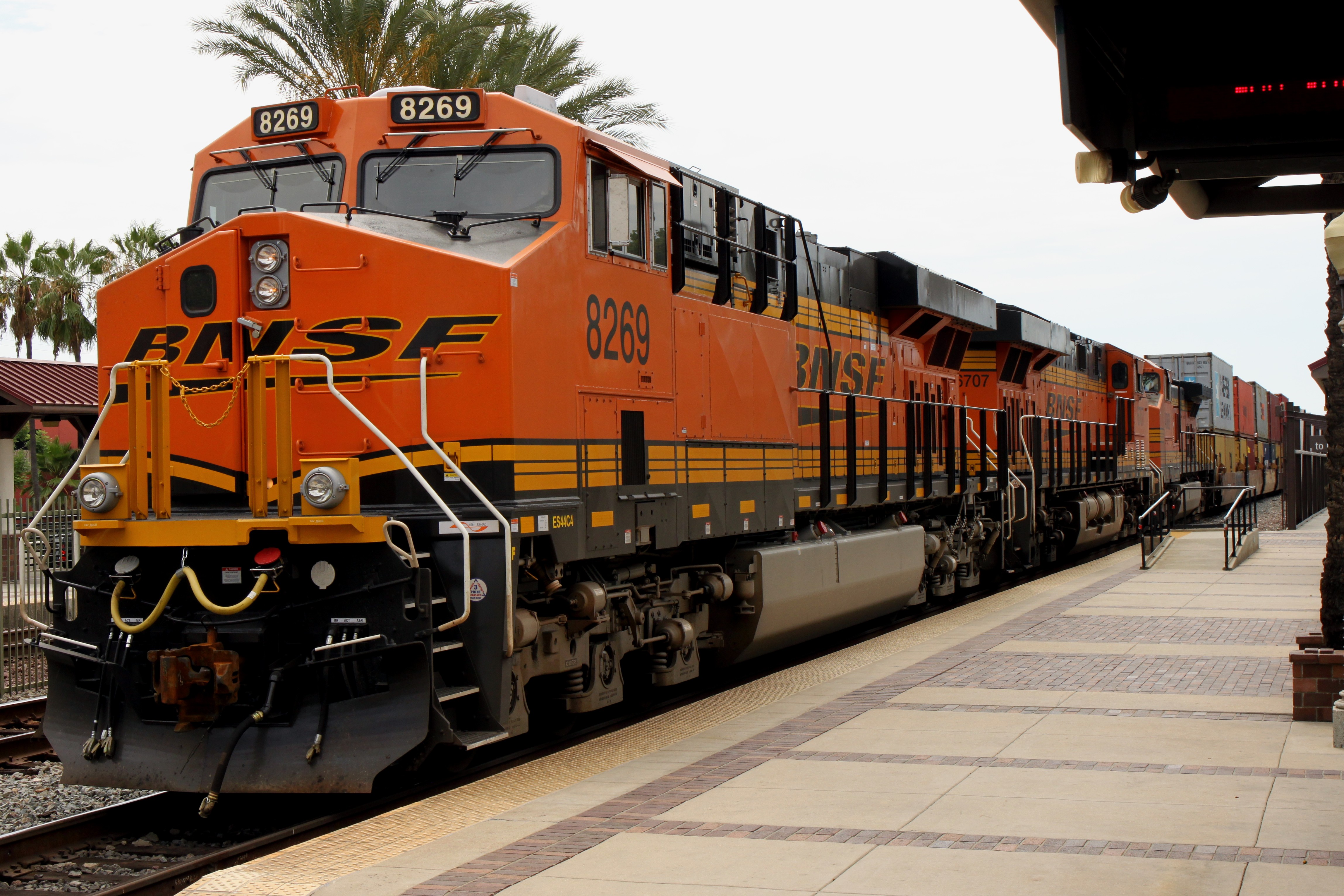 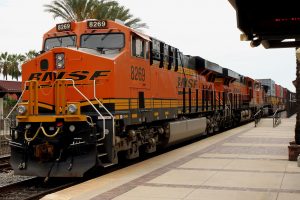 At first glance, BNSF Railway Co. v. Loos looks like an utterly unremarkable case on the docket for the Supreme Court’s November sitting. The petitioner is a frequent litigant before the court; the statute at issue (the Railroad Retirement Tax Act) is frequently litigated; and the amount in controversy ($3,765) is piddling by Supreme Court standards. But look again and you’ll see that, notwithstanding the rather drab window dressing, something quite extraordinary is going on.

BNSF, the largest freight railroad network in North America, is arguing that railroads and their employees should pay more in federal payroll taxes. Yes, you are reading that right: BNSF — the company formerly known as Burlington Northern and Santa Fe Railway — is arguing for a higher tax bill. Why would a for-profit corporation do such a thing? The answer appears to have nothing to do with the fact that the chairman and CEO of BNSF’s parent company Berkshire Hathaway, Warren Buffett, believes that Congress should tax the rich more heavily. Rather, BNSF says it’s concerned about the solvency of the Railroad Retirement System, upon which BNSF employees depend for their pensions. Respondent Michael Loos and those filing “friend of the court” briefs on his behalf argue that the railroad’s motivations are not nearly as altruistic. Rather, they claim that a victory for BNSF here — though leading to a higher tax bill in the short term — would actually allow BNSF and other railroads to pay less to injured employees in the long run.

To understand each side’s claims, it helps to step back and take stock of the statutory scheme that produces this peculiar alignment of interests. The Railroad Retirement Tax Act of 1937 — familiar to some readers from last term’s not-at-all-blockbuster case Wisconsin Central Ltd. v. United States — imposes taxes on “compensation” paid by railroads to their workers. Employers and employees each pay a “Tier 1” tax of 6.2 percent on compensation up to an annual maximum of $128,400. Employers also pay a “Tier 2” tax of 13.1 percent on compensation up to $4,674.60, and employees pay a “Tier 2” tax of 4.9 percent for employees on compensation up to $95,400. Together, these taxes finance a retirement system that provides more generous benefits to former railroad employees than to workers in other industries. Due to the existence of this separate system, lifelong railroad employees don’t receive Social Security benefits, and they and the railroads aren’t subject to Social Security payroll taxes.

The respondent, Michael Loos, was a conductor, brakeman and switchman at BNSF for nearly a decade and a half before he fell into a snow-covered drainage grate in a railyard in December 2010. Loos twisted his knee in the accident — an injury that caused him to miss several months of work — and BNSF ultimately fired him for violating the company’s attendance policy. Loos sued the railroad for negligence (among other claims), and a jury awarded him $30,000 for lost wages plus $96,211.78 for pain, disability, emotional distress and medical expenses.

BNSF then moved under Federal Rule of Civil Procedure 59(e) to offset the $30,000 lost-wages award by the $3,765 that it says Loos owes in RRTA taxes. (If you’re counting, $3,765 is a product of the 6.2 percent employee Tier 1 tax, the 4.9 percent employee Tier 2 tax, and an additional 1.45 percent in Medicare taxes multiplied by the $30,000 lost-wages award.) The district court denied the motion, and the U.S. Court of Appeals for the 8th Circuit affirmed. Writing for a unanimous panel, 8th Circuit Judge Raymond Gruender emphasized that “compensation” under the RRTA is limited to remuneration “for services rendered,” whereas an award for lost wages is a payment for services not rendered. The 8th Circuit also noted that the RRTA’s definition of “compensation” had explicitly included payments for “time lost” in the past, but Congress scrapped that language from the statute in 1983. The court interpreted this change to mean that Congress wanted to exempt lost wages from RRTA taxation.

The 8th Circuit’s interpretation added to a split among state courts regarding the RRTA’s application to lost-wages awards in personal injury cases. BNSF successfully sought certiorari and now urges the justices to hold that lost-wages awards are taxable under the RRTA — a result that would increase the tax liabilities of railroad employees as well as of the railroads themselves. BNSF makes much of a 1946 Supreme Court case called Social Security Board v. Nierotko, which held that back-pay awards count toward Social Security wage credits for non-railroad employees. The statute in Nierotko defined wages to include remuneration for “any service, of whatever nature, performed … by an employee for his employer.” The court in that case concluded that the term “service” means “not only work actually done but the entire employer-employee relationship for which compensation is paid to the employee by the employer,” including back pay. BNSF argues for the same interpretation of the term “services rendered” here.

BNSF also points to a provision in the RRTA that specifically excludes payments under disability insurance plans from the definition of “compensation.” The railroad argues that the 8th Circuit’s interpretation of “compensation” would render that statutory exemption superfluous. BNSF further notes that the RRTA’s companion statute — the Railroad Retirement Act, which addresses the availability of benefits under the Railroad Retirement System — explicitly includes payments for lost time in its definition of “compensation.” Thus, an employee’s receipt of a lost-wages award increases the retirement benefits that she can claim. The railroad argues that “the RRA and the RRTA represent different sides of the same coin” and that if lost-wages awards are included in the RRA’s benefits base, they should be taxed under the RRTA too.

BNSF invokes two additional sources that are perhaps less likely to sway an increasingly textualist court that is skeptical of legislative history and agency deference. First, the railroad points to statements by members of the House and Senate suggesting that the removal of the “time lost” language from the RRTA’s definition of “compensation” was a purely “administrative change” that did not narrow the tax base. Second, the railroad cites a 1994 Treasury regulation that defines “compensation” for RRTA purposes to include “pay for time lost.” BNSF argues that — consistent with the doctrine of Chevron, U.S.A., Inc. v. Natural Resources Defense Council — the justices should defer to Treasury’s reasonable interpretation. The solicitor general seconds that argument in its amicus brief on BNSF’s behalf.

Loos, for his part, leads off with the textualist argument that won over the 8th Circuit: A lost-wages award is payment for a tort, not a payment for “services rendered.” Loos also argues that the inclusion of lost wages in the formula for railroad retirees’ benefits does not mean that those payments must be taxable under the RRTA. He suggests that Congress could — for “humanitarian” reasons — extend retirement benefits on the basis of lost-wages awards to injured employees without wanting to tax those same amounts.

Loos makes a number of additional arguments that probably won’t prove decisive. For example, he argues on the basis of legislative history and contemporaneously enacted statutes that even if “pay for time lost” counts as “compensation,” a judgment in a negligence case is not “pay for time lost.” He also points to a provision elsewhere in the Internal Revenue Code, Section 104(a)(2), which excludes damages for personal physical injuries from the definition of “gross income.” However, the RRTA does not use the term “gross income,” a point that BNSF hammers home in its reply brief.

Lurking in the background of all these arguments is a question about the parties’ motives. BNSF says its interpretation of the RRTA would preserve the “stability” of the Railroad Retirement System by ensuring that tax revenues are adequate to fund benefits. Loos retorts that the system is doing just fine: The agency that runs it recently told Congress that it anticipates “no cash-flow problems during the next 29 years.” Loos surmises that the BNSF wants lost-wages awards to be taxed so that railroads have more leverage in settlement negotiations with injured workers. In a settlement, the parties potentially can allocate a larger share of the payment to pain-and-suffering damages (which aren’t taxable under the RRTA) and less to lost wages. According to Loos, the railroads want to use the “threat” of tax liability for lost wages awards to “coerce” workers into accepting smaller settlement offers.

Questions swirl around the federal government’s intentions as well. In the 8th Circuit, the Justice Department’s Tax Division conceded that payments to non-railroad employees for wages lost due to personal physical injuries are not subject to Social Security payroll taxes. The solicitor general now says in its merits-stage amicus brief that the government has changed its view. Thus the Loos case may turn out to be the first front in an effort by the federal government to include lost-wages awards in the payroll tax base — an effort that, if successful, would have implications far beyond the railroad context.

For BNSF, this case is a gamble. If it succeeds, it may be an instance of “winning by losing by winning.” By winning here, the railroad will lose out by owing more in RRTA taxes on lost-wages awards but perhaps win in the long run by pressuring more injured workers to settle for less. As a business litigant before a business-friendly court, and as the petitioner before a court where petitioners win more than 70 percent of the time, BNSF likely believes that the odds are in its favor. But Loos has a strong textualist arrow in his quiver in front of a court where textualist arguments often trump. Here’s one prediction that seems reasonably certain: It will be a long time before we again see the subsidiary of one of the world’s largest companies come into the Supreme Court and say, “please tax me more.”