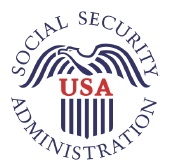 In granting certiorari, the Supreme Court agreed to resolve a split among the federal courts of appeals as to whether the Social Security Act imposes an aggregate cap on attorney’s fees of 25 percent of past-due benefits for representation before both the court and the Social Security Administration, or instead the 25 percent cap applies separately to representation before the court.

For successful representation before a court, Section 406(b)(1)(A) provides in relevant part:

Whenever a court renders a judgment favorable to a claimant under [Title II] who was represented before the court by an attorney, the court may determine and allow as part of its judgment a reasonable fee for such representation, not in excess of 25 percent of the total of the past-due benefits to which the claimant is entitled by reason of such judgment.

Section 406(b)(1)(A) further provides that “no other fee may be payable or certified for payment for such representation except as provided in this paragraph.”

Almost 40 years ago, in the first circuit-court decision to address this issue, Dawson v. Finch, the 5th Circuit held that Section 406(b) imposes an aggregate cap on attorney’s fees for representation in the administrative proceedings as well as before the court. In reaching this result, the 5th Circuit looked to the legislative history of the provision in order to discern Congress’ intent. Specifically, the court focused on the fact that Congress added Section 406(b) to address two goals. First, Congress sought to encourage effective legal representation by “insuring lawyers that they will receive reasonable fees directly through certification by the Secretary.” Second, Congress sought to protect claimants against excessive attorneys’ fees, which in the past had reached one-third to one-half of claimants’ past-due benefits, by imposing the 25 percent cap on fees. In 1982, the U.S. Court of Appeals for the 4th Circuit also looked to this legislative history to hold in Morris v. Social Security Administration that Section 406(b) imposes a cumulative 25 percent cap on attorney’s fees.

More recently, the U.S. Courts of Appeals for the 6th, 9th and 10th Circuits have focused on the text of section 406(b) to hold that the 25 percent cap only applies to representation before a court. See Horenstein v. Secretary of Health and Human Services; Clark v. Astrue; and Wrenn v. Astrue, respectively.

The commissioner’s position on this issue has flipflopped over the years. Almost 40 years ago, the commissioner sided with the 5th Circuit in interpreting Section 406(b) to impose an aggregate cap and opposed the grant of certiorari in Dawson. Then about 15 years later, the commissioner sought and obtained 6th Circuit en banc review of the panel’s decision in Horenstein v. Secretary of Health and Human Services based on arguments that were logically inconsistent with an aggregate 25 percent cap. Almost 15 years after that, the commissioner argued in briefs before the 9th and 10th Circuits that an aggregate cap honors congressional intent and it would be inappropriate to permit attorneys to potentially collect up to 25 percent of a disability claimant’s past-due benefits at both the agency and court levels.

In this case, the acting commissioner initially supported the 11th Circuit’s rule imposing an aggregate cap. Then, after requesting four extensions to file a response, the acting commissioner filed a response siding with Culbertson and arguing that the text of Section 406(b) unambiguously applies the 25 percent cap only to attorney’s fees for representation before a court. The acting commissioner further argues that a 25 percent cap would be inconsistent with other provisions of Section 406(a) and that the absence of an aggregate cap does not mean that the agency and courts should approve fees that in the aggregate are equal to or greater than 50 percent of a claimant’s past-due benefits.

Because the acting commissioner agrees with Culbertson, the Supreme Court appointed Amy Levin Weil, an experienced 11th Circuit appellate litigator, to serve as amicus curiae in support of the 11th Circuit’s decision. Weil argues that the statute itself does not specifically state whether combined attorney’s fees may exceed 25 percent, and that the text of Section 406(a) and Section 406(b), read together, supports the aggregate rule. She also points to the legislative history on which the 4th and 5th Circuits relied in support of an aggregate 25 percent cap.  She contends that permitting attorney’s fees to exceed 25 percent in the aggregate could lead to attorneys suing their clients to collect fees out of their present or future Social Security benefits contrary to the Social Security Act’s purpose of ensuring beneficiaries a protected source of income. She also argues that rejecting the 25 percent aggregate rule would lead to absurd results, with fees of up to 75 percent of past-due benefits if a favorable district court opinion is appealed and the applicant is successful in the court of appeals. She contends that the aggregate cap allows a logical division of agency and court fees from the 25-percent-of-accrued-benefit pool in a manner that recognizes that a portion of the accrued benefits is attributable to the time that the case was pending before the agency while the other portion is attributable to the time the case was pending before the court.

The National Organization of Social Security Claimants’ Representatives filed an amicus brief in the case. The NOSSCR does not address the plain meaning of the statute. Instead, it contends that Section 406(b) cannot impose an aggregate 25 percent cap on attorney’s fees for representation before a court and the agency because Section 406(a)(1) does not impose a cap on fees before the agency. NOSSCR further argues that a court has no discretion to impose an aggregate cap. NOSSCR informs the court that in circuits without an aggregate cap, the prevailing market rate includes a cumulative cap either by contract or in practice.

Weil faces an uphill battle in convincing the Supreme Court to uphold the 11th Circuit’s decision. The plain-meaning approach to statutory interpretation currently favored by the court supports Culbertson’s position. Moreover, amici curiae appointed by the Supreme Court typically only win about 25 percent of their cases.

If, however, Weil can convince the court to look beyond the text of the Section 406(b) in isolation, it may, like Chief Judge Geoffrey Crawford of the District of Vermont, find that “it would be strange indeed to believe that Congress would in 1965 denounce 50% contingency fees as excessive and enact a statute to stop them, and then, in 1968, pass a law with the effect of permitting 50% contingency fees.”

A previous version of this post inadvertently implied that NOSSCR advocated a particular method for EAJA offsets.