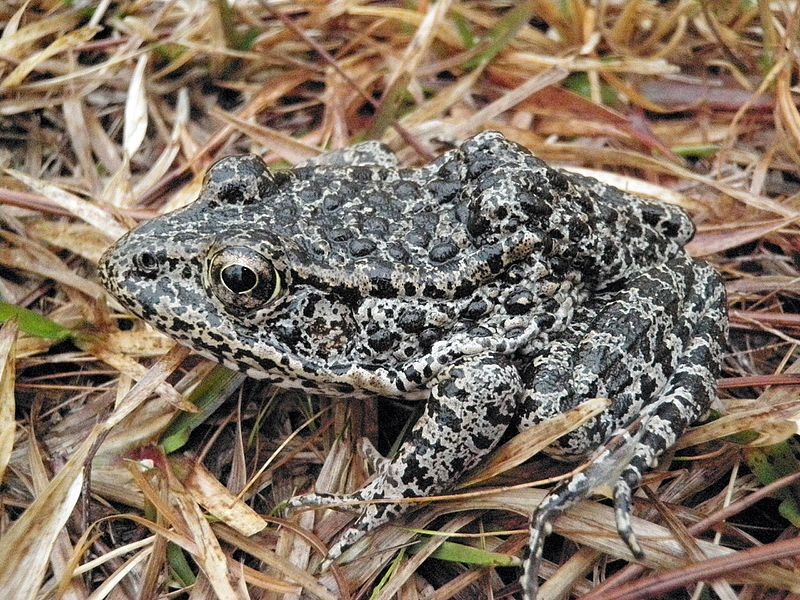 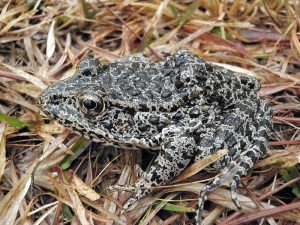 A tiny amphibian takes center stage in the first case of October 2018 term. The dusky gopher frog is native to the forested wetlands of the southern coastal United States, with a historical range from the Mississippi River in Louisiana to the Mobile River delta in Alabama. The frog breeds in ephemeral ponds – ponds that are wet for brief periods and then dry out completely – and spends the rest of its life in upland, open-canopy forests, living in burrows created by other animals. Today, the only known remaining population of the dusky gopher frog lives on a single pond in Mississippi.

In 2001, the U.S. Fish and Wildlife Service declared the dusky gopher frog endangered under the Endangered Species Act. In 2012, the service designated the dusky gopher frog’s “critical habitat.” One of the areas the service designated is a parcel of 1,544 acres in St. Tammany Parish, Louisiana, which the service calls “Unit 1.” Weyerhaeuser Company owns a small portion of Unit 1 and leases the rest of the property from the other corporate owners, who are participating in this case as respondents. After Weyerhaeuser’s challenge to the critical-habitat designation of Unit 1 was rejected by the lower federal courts, the Supreme Court agreed to weigh in.

Section 4(b)(2) requires the service to base designation decisions on the “best scientific data available” and to consider economic impacts in coming to these decisions. The service “may” exclude an area from critical habitat if it “determines that the benefits of such exclusion outweigh the benefits of specifying such area as part of the critical habitat,” unless it determines that the exclusion “will result in the extinction of the species.”

A designation of critical habitat on private property has no direct regulatory consequence for the landowner. For the substantive restrictions of the ESA to take effect, there must be a separate federal action, such as a wetlands permitting process under the Clean Water Act. That federal action may neither jeopardize the continued existence of the endangered species nor destroy or adversely modify its critical habitat.

Citing scientific studies and the consensus of six peer reviewers, the service found that Unit 1 was “essential” to the conservation of the dusky gopher frog. The service explained that Unit 1 contained five “intact” ephemeral ponds of “remarkable quality.” It acknowledged that timber operations on the property had closed the forest’s canopy, and that the vegetation to which the frog’s eggs attach and which the frog eats thrives in an open-canopy forest. The service found, however, that with reasonable efforts at restoration, the forest surrounding the ponds could support a transplanted population of the frogs. The service concluded that the one area that still housed a population of dusky gopher frogs was vulnerable to local disruptions such as disease and drought, and that it was necessary to establish additional populations “beyond the single site known to be occupied at listing” to protect the frog from extinction and make possible its recovery.

The service analyzed the costs and benefits of designating Unit 1 as critical habitat. Because the restrictions on critical habitat take hold – and impose regulatory costs – only when there is a separate federal action such as wetlands permitting, the service faced the question whether such federal action was likely to occur. The agency developed three hypothetical scenarios: The owners of Unit 1 take no action to trigger the federal government’s permitting authority; the owners request a permit and agree to protect 60 percent of Unit 1 as frog habitat; and the owners request a permit and the government prohibits development on all of Unit 1. Cost estimates ranged from zero in the first scenario to $34 million in the third. The service did not monetize the direct benefits of habitat designation, stating that these benefits were “best expressed in biological terms.”

Weyerhaeuser and the other owners of Unit 1 challenged the designation in federal court, and the Center for Biological Diversity and the Gulf Restoration Network were allowed to intervene on the side of the Fish and Wildlife Service. The district court ruled for the service. A divided panel of the U.S. Court of Appeals for the 5th Circuit affirmed. The court held that the owners’ allegation that their property had lost value due to the critical-habitat designation met the “injury-in-fact” requirement for access to federal court. On the merits, the court deferred to the service’s interpretation of the term “essential” in the Endangered Species Act and found that the service had not acted arbitrarily when it deemed Unit 1 essential to the conservation of the dusky gopher frog. The court also held that the service’s decision not to exclude Unit 1 from the critical-habitat designation based on the balance between costs and benefits was not subject to judicial review.

The justices will consider two issues: whether the service’s designation violated the ESA and whether its decision not to exclude Unit 1 was reviewable. As to the first question, Weyerhaeuser argues that Unit 1 is simply not “habitat” for the dusky gopher frog and thus cannot be “critical habitat.” According to Weyerhaeuser, “habitat” must be currently habitable, and Unit 1 fails this test because dusky gopher frogs do not live there now and “would not survive” if they were transplanted to the property in its present state. Weyerhaeuser and the other landowners say they will not allow the service to translocate frogs to Unit 1 or to undertake any restoration activities there – meaning that Unit 1 will not become habitable for dusky gopher frogs any time soon. Weyerhaeuser urges the Supreme Court to adopt a narrow interpretation of the statute to avoid a constitutional question about whether the commerce clause grants Congress the power to regulate an intrastate, “non-commercial frog.”

Stressing the presumption of reviewability of agency decisions, Weyerhaeuser argues that the service’s decision not to exclude Unit 1 from the designation of critical habitat is subject to judicial review. It urges the court to overturn the service’s decision as an abuse of discretion because the costs of up to $34 million outweigh the benefits of conserving the dusky gopher frog.

The service argues that the plain meaning of the critical-habitat provisions supports its designation decision, noting as a backup that it should receive deference to its interpretation under Chevron even if the Supreme Court finds the statute ambiguous. The service argues that its decision on critical habitat “subsumed” a determination that Unit 1 is “habitat” and notes that Weyerhaeuser did not challenge its factual findings in the lower courts. The service states that “habitat remains ‘habitat’ even if it would require human intervention (such as restoration) to become optimal for a species’ long-term conservation.” Were it otherwise, the service asserts, “the Act’s contemplation that habitat may need restoration for recovery of the species would have little meaning.” Throughout its brief, the service defends its legal judgments by reference to its detailed findings in the administrative record. The service argues that the constitutional avoidance canon is inapplicable because the constitutional concerns Weyerhaeuser raises would not be avoided by its preferred interpretation.

The government also argues that the statute provides no meaningful standard for judicial review of the service’s decision not to exclude Unit 1 from the critical habitat designation. The ESA describes how the service may err in excluding areas from critical habitat, but does not describe how it may err in declining to exclude them. The discretionary nature of the service’s decision on exclusion – it “may” exclude areas from designation – indicates that the decision not to exclude is unreviewable. Even if the decision is reviewable, the service argues, the Supreme Court should either remand to the lower court for review under the abuse-of-discretion standard, or uphold outright the service’s decision, bearing in mind “the uniquely valuable habitat that Unit 1 would provide.”

The Center for Biological Diversity and the Gulf Restoration Network, respondents in the case along with the service, raise a threshold issue. They dispute that Weyerhaeuser has suffered an injury sufficient to support federal court jurisdiction. They argue that Weyerhaeuser has not shown that it is reasonably likely to incur concrete damage as a result of the service’s designation decision, observing that of 88,290 consultations on endangered species between 2008 and 2015, not one project was “stopped or extensively altered” by the government.

On the statutory question, these respondents maintain that Weyerhaeuser misstates or ignores the record and the findings made by the service. They argue that the ESA’s provisions on critical habitat clearly extend to areas not currently occupied by an endangered species; they do not even mention Chevron in their brief.

As to constitutional avoidance, they observe that Weyerhaeuser declined to present to the Supreme Court the direct constitutional claim it raised below, surmising that the “petitioner adjudged these ‘constitutional’ issues of greater value as a spectral presence in this case than as an actual one.” They go on to argue that the decision not to exclude Unit 1 from the designation “is not really about ‘reviewability’ in the abstract.” They posit that “’the decision not to exclude Unit 1 is really part and parcel of the Service’s decision to include it,’” and they assert that that decision is within the service’s discretion and that the service’s “reasoning is manifest and manifestly rational.”