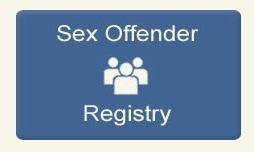 In subsequent years, defendants charged under SORNA contended that the act and its enforcement scheme violated a panoply of constitutional rules. One of these cases reached the Supreme Court in 2012 in United States v. Reynolds. By issuing an interim rule, the attorney general had made SORNA’s registration requirements applicable to pre-SORNA offenders, and Billy Joe Reynolds claimed this interim rule was invalid. The U.S. Court of Appeals for the 3rd Circuit rejected Reynolds’ argument because that court had earlier held that SORNA by its own terms required pre-SORNA offenders to register; the validity of the interim rule, it reasoned, was thus irrelevant to Reynolds. At the Supreme Court, Reynolds challenged that logic, contending that SORNA did not of its own force apply to pre-SORNA offenders and that a valid interim rule was therefore necessary to subject him to the registration requirement and its enforcement provision.

The Supreme Court agreed with Reynolds and reversed in a 7-2 opinion by Justice Stephen Breyer. Unless the attorney general “validly specifie[d]” that SORNA was applicable to pre-SORNA offenders, the court held, SORNA’s registration requirement did not apply to them, and the case therefore had to be remanded so the 3rd Circuit could decide on the interim rule’s validity. (On remand, the 3rd Circuit concluded that the attorney general had failed to comply with the Administrative Procedure Act’s requirement of notice-and-comment rulemaking in issuing the interim rule, and it vacated Reynolds’ conviction.)

Justice Antonin Scalia dissented in Reynolds, and he was joined in this dissent by — and only by — Justice Ruth Bader Ginsburg. (Mavens of voting patterns may be interested to know that this is the only occasion on which just those two justices together joined in a dissent.) In a key passage, Scalia noted that it was not “entirely clear … that Congress can constitutionally leave it to the Attorney General to decide—with no statutory standard whatever governing his discretion—whether a criminal statute will or will not apply to particular individuals. That seems to me sailing close to the wind with regard to the principle that legislative powers are nondelegable.” The prudent course, Scalia urged, would be to interpret the statute narrowly so that it steered clear of the constitutional shoals of the nondelegation doctrine, the principle that Congress cannot transfer its power to legislate to another branch of government.

The issue flagged by the Reynolds dissent has lingered ever since: Does SORNA’s delegation to the attorney general violate the nondelegation doctrine?

Herman Gundy’s case now presents that question. In 2008, the attorney general promulgated guidelines that applied SORNA’s registration requirement to pre-SORNA sex offenders, among them Gundy. Gundy was convicted in 2005 of the rape of an 11-year-old girl and sentenced to 20 years in prison. In 2010, Gundy began serving a federal prison sentence for violating the terms of his supervised release, and the Bureau of Prisons moved him from Maryland to a prison in Pennsylvania. In 2012, while he remained in federal custody, the Bureau of Prisons allowed Gundy to travel to a community re-entry facility in New York. Upon leaving that facility two months later, Gundy remained in New York. Later that year, he was arrested and indicted for violating SORNA for failure to register as a sex offender upon traveling to New York from Pennsylvania. The district court ultimately held that Gundy should be convicted and sentenced him to time served and five years of supervised release. The U.S. Court of Appeals for the 2nd Circuit affirmed.

Gundy petitioned for certiorari. Gundy’s petition raised four questions, but the Supreme Court chose to take up just one of them, a question on which the circuits were not split and which the justices had repeatedly declined to hear in the past: “Whether SORNA’s delegation of authority to the Attorney General to issue regulations under [34 U.S.C. 20913(d)] violates the nondelegation doctrine.”

Gundy’s merits brief contends that SORNA’s delegation to the attorney general violates a core principle of separation of powers: that only Congress can legislate. That principle, Gundy emphasizes, holds special importance and force in the criminal law context. Gundy contends that the power wielded by the attorney general here is an immense one and “quintessentially legislative” — the power to “prescribe rules, backed by criminal sanctions, governing the conduct of roughly half a million people” — and such a delegation cannot be constitutional.

Gundy argues that “an originalist interpretation of the Constitution” flatly forbids such a delegation of legislative power. Moreover, he contends, the delegation does not meet even the lax standard set by the modern test finding a delegation to be constitutional if Congress provides the executive branch with an “intelligible principle” to guide its exercise of discretion. Identifying a host of questions that SORNA leaves unanswered, Gundy argues that the delegation contains no guidance, let alone the requisite “substantial guidance,” on how the attorney general should wield her authority in this important area. Instead, Gundy says, SORNA confers on the attorney general — the “nation’s top prosecutor” — the “unguided discretion” to subject hundreds of thousands of individuals to the act’s registration requirements and its criminal enforcement provisions. Gundy contends that other SORNA provisions that speak to the need for a “comprehensive national system” of registration or the goal of “protect[ing] the public” neither supply an intelligible principle nor dictate the answers to key policy judgments and value choices that Congress is required to make. Gundy adds that SORNA’s delegation to the executive offends retroactivity doctrine and federalism concerns to boot.

The government denies that the delegation in SORNA implicates retroactivity or federalism concerns, the void-for-vagueness doctrine or the law of deference. Nor, in the government’s view, does SORNA’s delegation offend the principle that only Congress may define crimes: Although a law that authorized the executive “to create new federal crimes out of whole cloth” would “raise substantial constitutional questions,” in SORNA “Congress itself established the new crime of failing to register” and created a “civil registration requirement,” and although the attorney general’s rules “implement that civil registration regime[,] they do not define any criminal offense.” The government closes its brief by stressing that the court should not depart from long-established precedents that allow Congress to give the executive the discretion to make determinations that affect private-party conduct, “so long as Congress is clear about its general policy.”

How the Supreme Court chooses to decide this case could have potentially sweeping implications on several scores. The government notes that since SORNA was enacted, 4,000 sex offenders have been convicted of “federal sex-offender registry violations,” and “many of those offenders who failed to register would go free” if the court were to invalidate the delegation in SORNA. In addition, as Gundy notes, there are “hundreds of thousands” of pre-SORNA offenders now covered by the attorney general’s guidelines — as many people, he points out, as live in Wyoming — and the court’s decision will determine whether or not they will face criminal liability for failure to comply with SORNA’s registration requirements going forward.

Beyond the law of sex-offender registration, the approach the court takes in Gundy could have repercussions across the law of the administrative state. Broad delegations of authority to the executive branch form the foundation of modern regulatory government. But given Ginsburg’s dissenting vote in Reynolds, Justice Clarence Thomas’ recent opinions on nondelegation and administrative power, and Justice Neil Gorsuch’s dissent from denial of rehearing en banc in a U.S. Court of Appeals for the 10th Circuit case involving SORNA, there is a real possibility that the Gundy court will issue a ruling that revives the nondelegation doctrine from its 80-year slumber. If the justices ultimately do find that SORNA’s delegation does something more than just “sail[] close to the wind,” then we can confidently expect to see a string of challenges attacking the exercise of federal administrative power in areas ranging from environmental law to immigration law to food-and-drug law to the law of tariffs and trade. Cass Sunstein famously wrote that nondelegation doctrine has had only “one good year”; when the justices issue their ruling in Gundy, we will discover whether it will finally have a second.